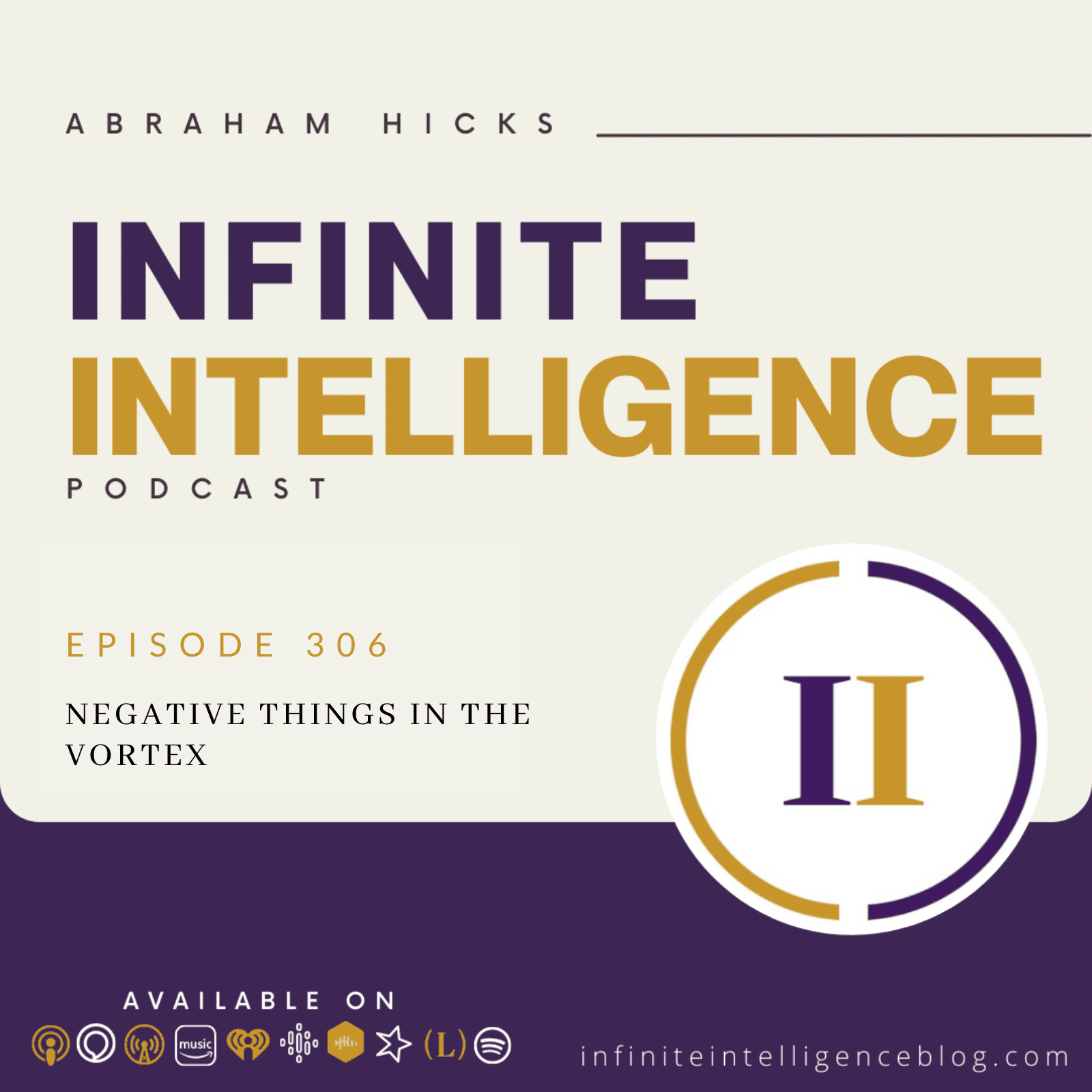 But each time that it’s time to ask a question, I think of something else that’s sort of a little bit irrelevant to what’s going on. And what I was thinking of all day was not what I was thinking of when you picked me. So I’m gonna say what you pick me for. Its co creation at its best. Really? Exactly. So I’m going your mind is moving along with us, isn’t it? I’m going to not micromanage it. What I was really asking and feeling was, can you put negative things in your vortex?

And it certainly doesn’t seem like it should belong in the vortex, and we say it doesn’t. But when you walk into a room, you don’t look for a dark switch. There’s not a switch that you flip that puts inky Misty darkness in the room, there’s just a switch that resists the light. And it really is that way, there’s really only a stream of well being which you allow or do not. But every thought that you think has momentum, and those thoughts that you think law of attraction can bring together with thoughts that others have thought.

So there is a momentum, and therefore there is a vibrational reality that can take you to places that you don’t mean to go. But never without feeling the negative emotion that shows you that your inner being is thinking differently than that, let’s say that you’ve been focused upon something, and it’s caused you to feel negative emotion, and you’ve been participating in it long enough that your negative emotion is really strong about it, you have a very strong opinion or attitude or perspective about it. And whenever you focus on it, you feel strong negative emotion.

That means that your inner beam, when you focus upon it has a different perspective about it. So you might say, I just hate that guy, or I just hate that situation. And if you stop and are understanding the way your guidance system is working, your dislike or hatred for someone is an indication that your inner being feels very, very different than that. That’s the point that Esther says Abraham, I think you need more information. I think you need more information, because you have the information that I have, you might feel more like I feel your inner being who was in this high flying place will not join you in that negative perspective.

And that isn’t that why you can even have a negative perspective is because you’re choosing something that is so apart from the way your inner being is seen it that makes it very nice. That sounds a little nicer. Well, it is nicer. It’s annoying when it’s happening to you. Because when you think about it, most humans are striving for empathy or agreement from other humans. So if I really believe something, and you believe differently, and I’m trying to get you to understand what I am, so I’m giving you all the negative facts, I’m trying to get you to focus in the negative way that I am.

Often, if I in my human form, I’m very persuasive, I can get you to see it, as I see it, I can bring you away from your inner being and get you to see as I see it. So with each other, you’ve been successful at getting your points across in many cases, and getting others to sort of understand where you’re coming from. But your inner being will never join you in that. And so we just asked you to pay attention to how you’re feeling about it to know what your broader perspective is.

Understanding about whatever it is you’re focused upon. That is giving you the emotion that you are feeling in any moment in time. When you’re young, younger, and you’re a little kid, and you’re mentors or parents or teachers are needing the behavior from you. And so they’re demanding it from you and you feel negative emotion about it. Often what happens is that you come to believe that satisfying them is the way life should work. And so you often contour your thoughts and behaviors to match what other people want from you. But they’re fickle, and what they’re asking different ones or asking different things. So it’s not a stable or steady guidance whatsoever.

And the thing that is most difficult about that or detrimental to you is that by looking to others, for their approval of you by being willing to move around in order to empathize with what they believe, so that you’re finding harmony between them, often, really often you are leaving your own broader perspectives understanding of it. So you’re getting further and further and further away from who you really are. Well, all that happened in the example that we were offering about knowing what you don’t want, knowing what you do want, all that happens is you just plunk another engine of desire on that interview train. And so you just keep asking for what you want and for who you are.

And then even though you’re contradicting it, sometimes later in life, and many of you are experiencing that, where you come to a realization, wait a minute, there’s nothing steady or stable in my experience, and I don’t feel consistently happy. And we’re just saying no one can feel consistently happy unless you’ve figured out what happiness is and where it comes from, until you figured out that you’re not ever going to be happy as long as you’re separated from who you really are. And it doesn’t matter what kind of a good case somebody else is pleasing.

Anybody that’s got you focused in the way that is causing negative emotion within you, is calling you away from who you really are. And that’s not ever going to feel good. Sometimes people worry when they listen to us for wellness, Abraham, you teach selfishness. So yes, we do. Because if you’re not selfish enough to stay in alignment with who you really are, then you don’t have anything of value to give anyone else anyway. So it brings us and we’ll just stick this in here really quickly because it’s the best opportunity that we’ll have all day for this.

That’s what deliberate creation really is. empathizing with something that’s gone wrong is a separating yourself from who you are for the purpose of finding harmony with something other than that, and there will never be happiness in that no matter how many people you get to line up in agreement with you about it. That strong, so strong, you’re not really excited about it. But it will serve you extremely well. This is a very good time for segment of refreshment.