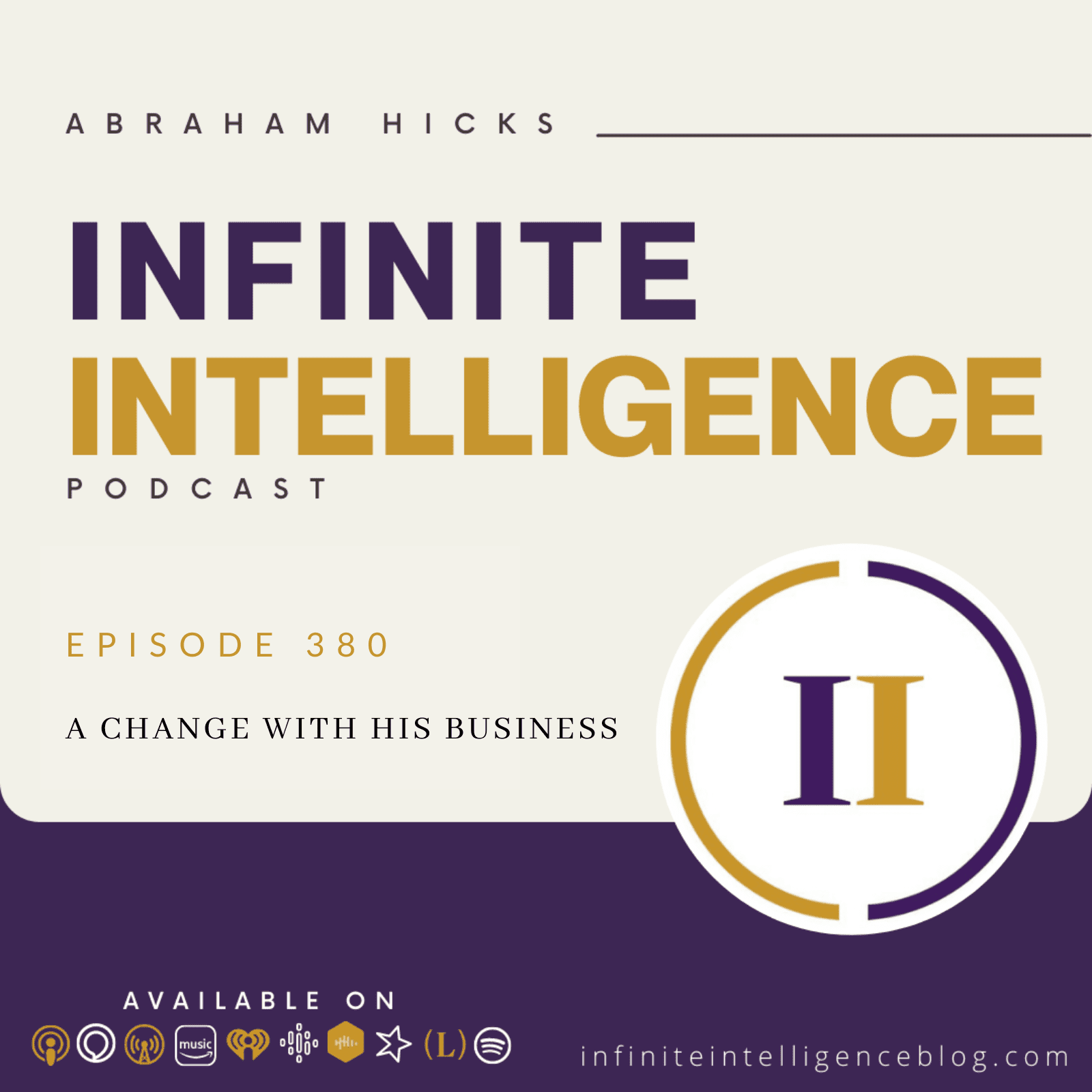 So this is the second workshop I’ve been to. And Mark was at the other workshop I went to, and I raised my hand right after him. And I got called on. So he came up here, I thought I should raise my hand again. And I got called on. Well, you see, it doesn’t matter. What lame excuse makes you believe. That’s all that that’s part of my, in other words, anything, that’s what we were talking about earlier. If you’ve got a thought that’s just simple and soft, that you don’t have a bunch of resistance about, then there’s an almost immediate manifestation. Practice this and show yourself about it.

That’s kind of what my question is. And actually, my question has been answered, but I just wanted clarification and kind of smoothing out the edges of it. And my question that I came with today was, I have several businesses, one of them is sales, and I have an organization with me, and I’ve done very well in that business. And I’ve built a large organization. But something happened about a year ago, where the people who I was bringing into the business were not producing, and the past.

So let’s say this, how it really was, something happened. Prior to a year ago, I stopped believing in the people I was attracting, I wasn’t aware that I did, but I must have Well, we started say this earlier, and you have come to remind us that we do want to say this, there are two ways to know what your vibrational offering is. One, by the way you feel the next are to buy what’s manifesting. So if you’re not aware, by the way you feel, the manifestation will show you because nothing happens that is sideways of that. So we really want to put that to you. So you want to say they began behaving this way.

And I’m having this response to it. And we want to say you were already having that response to it. And that’s why they began behaving that way. Right? I agree with that. Good. So I was clear with that. So what I decided to do was put my attention elsewhere and leave that alone, because my income is fine with or without that business. And because you understand you believe that you’ve already set the vortex in motion, we really want you to hear us when we say when you’ve already done that work, and you have unless you’re doing that thing you do to slow it down, it will continue to gain momentum, the human thought. And it’s because you’re action oriented.

So you found a way by focusing on other things to distract yourself from that. And the people that are in my organization are still producing, and I still get income from that. But I love that business. So recently, I’ve thought well, I’d like to get back into it and bring more people on. So I shared it with an individual. And of course, they kind of disappeared on me. And I immediately knew that it wasn’t about them. It was about me because that my vibration hadn’t cleaned up and now, but think about what you just said in relationship with everything that we’ve talked about.

You took action, you took action, you went to somebody and you said something to them, and it backfired on you because you hadn’t done the vibrational work first. So my question is, my life is really good. Everything is great with or without this. And I have it just says, so how can I wait? How about Wait, wait, I want this thing that I don’t want. That’s what you’re saying when you say my life is good with or without it. What you’re saying is universe, give it to me or don’t give it to me. It doesn’t matter. And that’s not true. You do want it? You do want it. And when you focus in opposition to that you put the brakes on it. Can’t you tell by the way you feel? So you said I’d love this business?

Did you feel how that felt when you said that? And then can you feel? Can you be soft enough and sensitive enough that you can feel when you say I could live with it or without it? I don’t need it. Can you feel how off that feels? Yes. So don’t say that. Don’t say that. But now you don’t have to goose it up. You don’t have to get yourself all animated about it. You could. And as you said, you just put your attention in other places. You know what the advantage of taking your attention off things that really matter to you is that if you’ve got a habit of focusing in opposition to what you want, when you take your attention away, you stop doing that and then it starts flowing again.

So can you hear how clarifying this has been for you? Did you realize that you’ve been counting on action more than you thought you were And you realize that because you count so much on action, that you think that action is better than no action every time. And can you feel how now we’re helping to clarify that action is not better than no action, when it doesn’t feel good that you’re working against yourself. So as we were saying earlier, you could have five things that are important to you. And one of them could be going really well, well, let’s do it the other way, let’s say four of them are not going well. And one of them is, you could focus upon any one of the four that aren’t going well.

And the one that is would stop going well, because you’re introducing resistance. Or you could focus upon the one that is going well, and the other five would come into alignment, because what you focus on is your gateway to your receptive mode. And it’s your gateway to your receptive modes. That is the plugging the toaster in the gateway to the receptive mode is the only thing that matters because everything else has already been taken care of. Are you with us, everything has already been taken care of.

That’s why we want to call this the art of allowing the art of me chilling out, being easy, being playful, focusing softly, being more lighthearted, focusing in a way that releases my tension causes the engines that are going in opposition to become less active, that allows the natural momentum that my inner being is carrying, to inspire me to the thoughts and words and actions that will give me the manifestations that I want. So is it about thinking more positive aspects about caring about how you feel? Aren’t you already sort of tired of this meeting?

Haven’t we offered enough words aren’t just sort of ready to just get out of here? and experience life as it comes to you? Aren’t you convinced enough that your inner being is aware of you? And don’t you sort of kind of get it that you’re supposed to feel good? And aren’t you ready to stop thinking so hard about it? And just let the well being that you deserve flow into your experience? Aren’t you more inclined right now to be on a sort of scavenger hunt, or treasure hunt where you know, the treasures out there? There’s no question about that. And you just want to be playful enough that you can stumble on the clues.

That really is the way that we’d like you to feel, you know, for sure the treasures there, you know, for sure you’re in the vicinity, you know, for sure that you’re probably going to find lots of good stuff, and you’re not worried about anything. And now you kind of want to stop thinking about the processes and stop worrying about what’s been and just get out there and live life and let the universe deliver to you in real time. Exactly what’s proportionate to the balance of your energy?