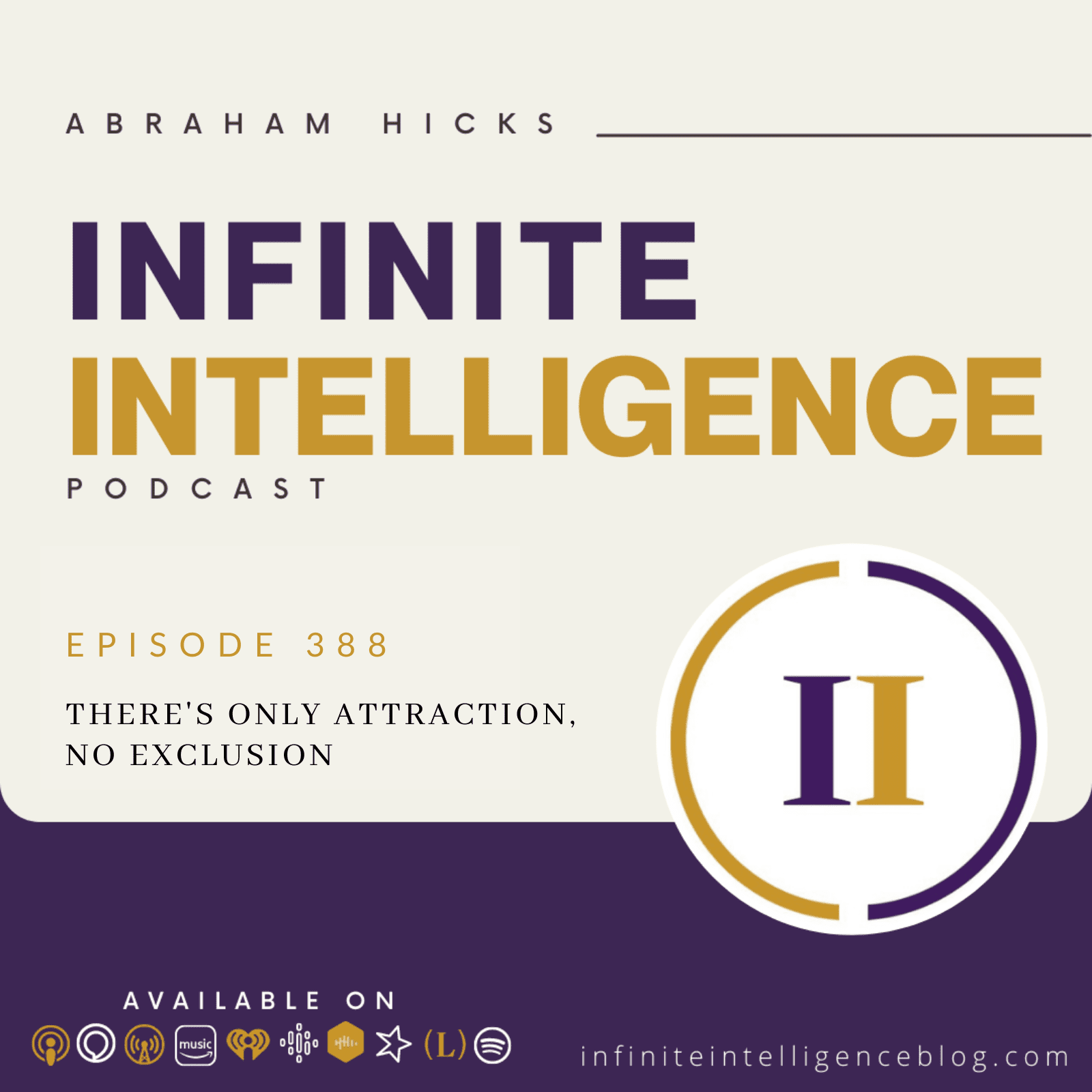 It’s gonna be tough to follow that. Thank you for waiting to call on me, had you called me earlier, it would have been a very different question. And I probably wouldn’t been able to hear it. The one hang up that I have left is when I want to feel good. But when I see and hear things that I disagree with, I feel like if I don’t speak up against it, that I’m enabling it. When in reality, the opposite is true. Because there is a war against drugs and a war against poverty and war against teenage pregnancy and a war against terrorism.

And in that pushing against all of them becoming more, because it’s only about attraction, inclusion, there’s no exclusion. So here’s what you do. So make your statement, again, as close to how you made it to begin with is again, I want to feel good, I want to feel good. But if I see things that I disagree with, then I feel like I don’t speak up against it, because I was born to sift through the contrast, and come to my conclusions about what I want. So when I see what I don’t want, you are launching a rocket of what you do want. But then the question is, then what? In other words, which momentum is stronger? Does the rocket have the most momentum? It does for a minute after the conversation that we just had?

Or does the problem have the momentum? Oh, there’s even a bigger question, which has the most power, the what is that is already manifested, let’s call it spent, for lack of a better word, the now reality has happened. But all of the power is in the moving forward. And so when you hear words, or concepts that cause you to desire something else, the key is to feel so appreciative of the experience that was there to give you the opportunity to give birth to the desire and then as quick as you can turn your undivided attention toward your new desire, and put your engines on your track in the direction of that.

Okay, what then about instances where people did not write but protest against something like let’s say the civil rights movement in the 60s, for example, we want to come back to this. So hold that, we want to make a strong statement first. And that is, if you’ve been listening to us at all, you’ve heard us say this many times, action produces stuff, and so to words, but in comparison with what the receiving mode accomplishes, it is minuscule. It’s like the difference between an earth spinning in its orbit in perfect proximity with other planets, and building a building.

Of course, building the building is something that is important. And of course, your actions mean something. But action as compared to alignment, alignment. And then action is so different than action just for the sake of action. The leverage is in the alignment. That’s where the ideas are flowing. That’s where you’re hatching those ideas. So now ask your question again. Well, instances in history where people have come together to protest something that they disagree with, feels like and we’re calling those step one moments and they matter. Step one moments, they were contrast, it was contrast inflamed, there was momentum, they launched rockets of desire, the thing that is so difficult for you to sort out, it’s like Mothers Against Drunk drivers.

So Mothers Against Drunk drivers would claim that they’re passionate, pushing against what they did not want caused laws to be changed and actually gave the result that they wanted. But they’re not taking into consideration that the desires that were born out of all of those experiences, because no one can see the vortex to compare the results of it. Everyone’s touting the value of the action, which is minuscule by comparison. And that’s what makes so many of you will this is the better way for us to say it than we were trying to say it earlier. That’s what makes so many of you want to jump into action.

That’s what makes the now reality so compelling to you. It’s why you choose the creation over the creatine. But when you’ve thought this way for a little while, and you’ve written your own rocket of desire, and you have known that the vortex isn’t fully satisfying to you because it hasn’t manifested yet. But you’re still wise enough not to look at the lack, that the now reality is still showing you and instead look at the presence of it, which your vibrational reality is showing you so that you consistently master that being in the receiving mode.

And then you get on that stream where the ideas are flowing, and you’re feeling light hearted and you’re feeling uplifted and more ideas are coming and more things are going your way. And you’re Rendezvous in with more of the things that you want. And you’re in that receiving mode. And the thing that we’ve been saying to you for so many years is, this is how it works. Contrast causes you to ask for something, but you’re not a vibrational match to it, because you’re more familiar with this.

But if you hear us and if you care a little bit about how you feel, you focus upon what you want, and why you want it. And gradually what you want and why you want it is a stronger, more dominant vibration within you than the absence of it. And so you move into that different vibrational place. And now your valve is wide open, your receptive mode is wide open, and now you begin receiving and boom, now the manifestation is yours. And along with that manifestation comes a whole new set of contrasting experiences, which causes you to launch another rocket, which of course at first you’re not a vibrational match to because you’re more used to being over here looking at this reality.

And so now you’re a vibrational match to your inner beam and to the thing that you desire. And then it manifests in your experience. And so now you stand here with this new manifestation and a new set of contrasting experiences with which to launch another rocket. So you’re not ever, ever, ever, ever, ever going to be in a place where you have not asked for more than is manifested. And you’ve just got to get over needing it to be manifested before you feel good. And if you can hear us and make that jump, if you can leave today saying, Oh, I think I find that got it.

It’s the satisfaction of no longer being out of vibrational sync with my inner being because the manifestation hasn’t happened yet. If you can leave this gathering, hooked on the flow, rather than on the result of the flow, hooked on creating rather than creation, hooked on life rather than lived. Because all of your power is now. And the thing that we think that we’ve brought to this forum, especially over time with all of the body of work that has happened because of Jerry and Esther and us and view is that you’re coming to understand that it is a vibrational universe and that there is a partner of creation that most humans have never considered and it is your inner being it is source energy, it is all along what man has been wanting to call God.

It is this source energy part of you, who is invested in what you care about now, so invested in it that when you deviate from your own desire, you don’t feel good. And you think you don’t feel good because the manifestation hasn’t come. That’s not why you don’t feel good. You don’t feel good because you’re not letting the flow happen. Now, you say you You’re not ever going to feel good if you’re out of sync with Source energy. And you know why? Because you ask, if you didn’t ask for something, then your inner being wouldn’t be all in your face with the vibration of it. And if your inner being weren’t all in your face with the vibration of it, then you could notice the lack of it and you wouldn’t care.

But when you feel negative emotion, that means you ask for something that you’re depriving yourself of having. End of story. There’s no one else that gets the credit or the blame for how you feel. Esther blamed us for quite a while Abraham. So you’re up here, and I’m down here. And you’re up here because you believe in crap. And I’m down here because I don’t see it yet. And I think you should come down here with me so that I’d feel better. And we say, come on up. And so this is no, I’d rather look at what is. But extra, you’re not ever going to feel good, as long as you’re looking at what is because what is caused you to ask for more. And now you’ve got to look at more, or you’re not going to feel good.

Well, maybe tomorrow. Because whatever momentum you’ve got going, you’ve got going, in other words, and it’s all right. But contrast is such a wonderful thing. And your vortices, they are so magnificent. And being in the flow, getting to watch them unfold is so great. Haven’t you ever had a project that you’re working on maybe singular, maybe you’re working with other people, and breathe life into you is fun, and then it was over and you just feel sort of even a vacation is like that because you’ve planned it, you’ve got to be in the flow. Let us state that more accurately.

If your life has caused you to ask for something, you have to be in the flow of letting it turn to a thing. Now, you all think some of you all think that you can just slow your desire down. And then you won’t feel bad, but you can’t. Because once you unleashed your desire to your vortex and we got hold of it. There’s only one way to happiness for you. You’ve got to let what you ask for flow into your experience. And if you don’t, you’re not gonna feel good. That’s just how it goes. So did we get there? I’m good to go.