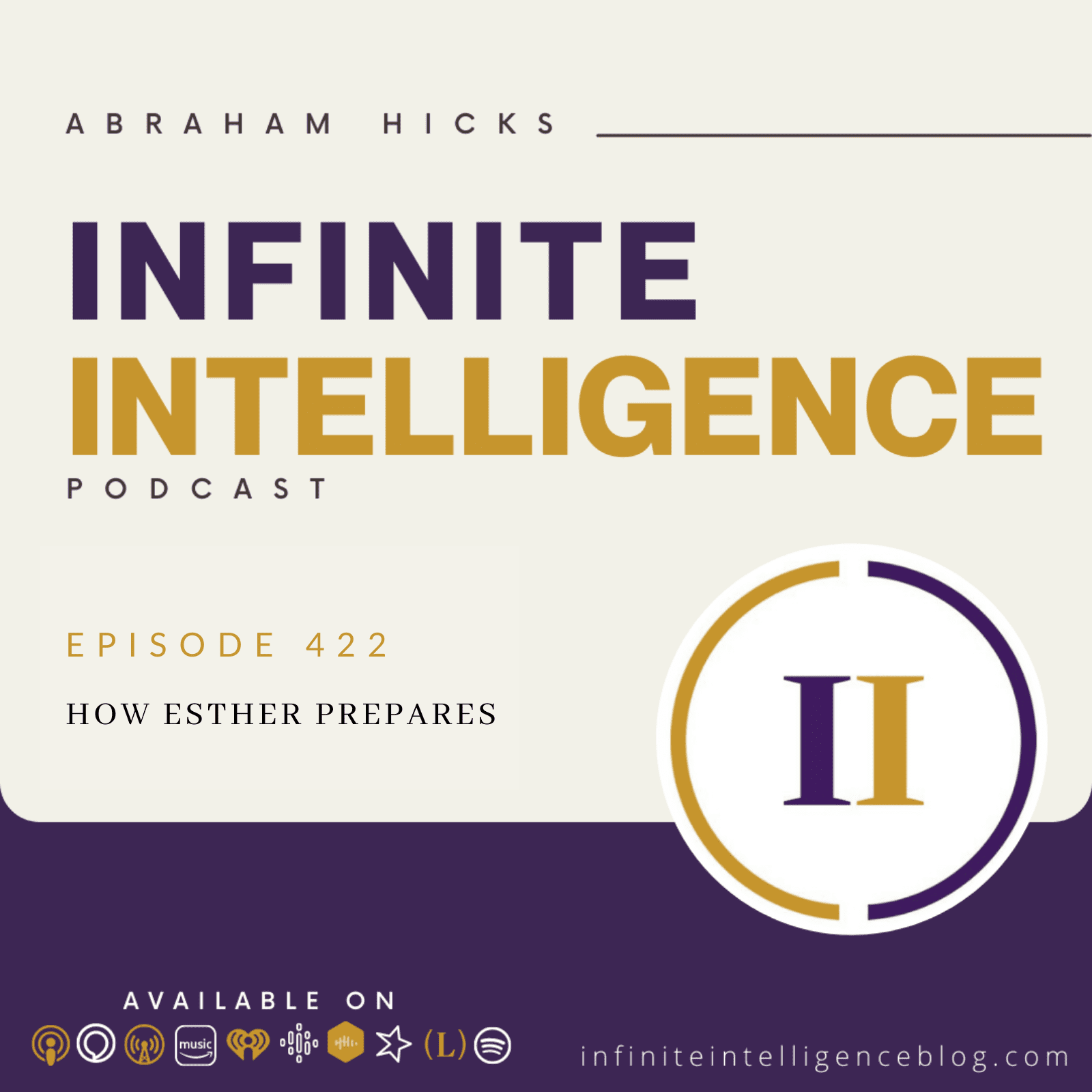 But part of it is that on the days leading to the seminar, and particularly on the night before and the day of the seminar, Esther make sure that she gets to that place that we were talking about, where her mind is quieted where the things of the world aren’t active in her vibration, and so on. And so one of the things that they have worked out through the years is that when she comes to a gathering with all of you, who she finds so beautiful and wonderful, you might have noticed that she sort of keeps herself apart from you. Because your relationship with Esther is different than your relationship with Abraham.

Esther wants to give you the best of herself. That’s why she wants to get to that place where there’s not any chatter going on in her vibration, so she can be ready to receive the vibration. And so we’ve been saying for a number of years, that what happens is we present to Esther, a vibration or a block of thought, which she receives at an unconscious level and translates into the physical word equivalent. So she doesn’t stand in line with you at the bathrooms and she doesn’t mix around with you. And she doesn’t pose with you for pictures or sign your books. Because once she’s found that place of alignment and wants then it is flowing. That is something that she is wanting to do.

And every hotel is a little bit different. And so often she goes up to her sleeping room, but in this hotel, even though she’s using the service elevators, once she leaves the service elevator play, she can’t get back in because the door is locked. So they had some conversation last evening about could she have a past key? No, that’s not practical. Could they take the door open? No, that’s not practical.

And so she was taken to a bathroom that is actually the locker room downstairs. And just now when she was there, all of you were there too. And so Esther is feeling the discord of that people very excited to see her. It’s lovely to run into someone in the bathroom, isn’t it? And to have a chat with them and maybe have a conversation with them or take a picture with them.

And so if Esther seemed a little detached and unwilling to play with you, that’s why so while we understand the desire for bathrooms, it would be nice if you could just leave that one for Esther. Not because she’s greedy about bathrooms. Although she is but because she’s found this way to find vibrational alignment and is wanting to sustain it. You understand? Yes, yes. So.