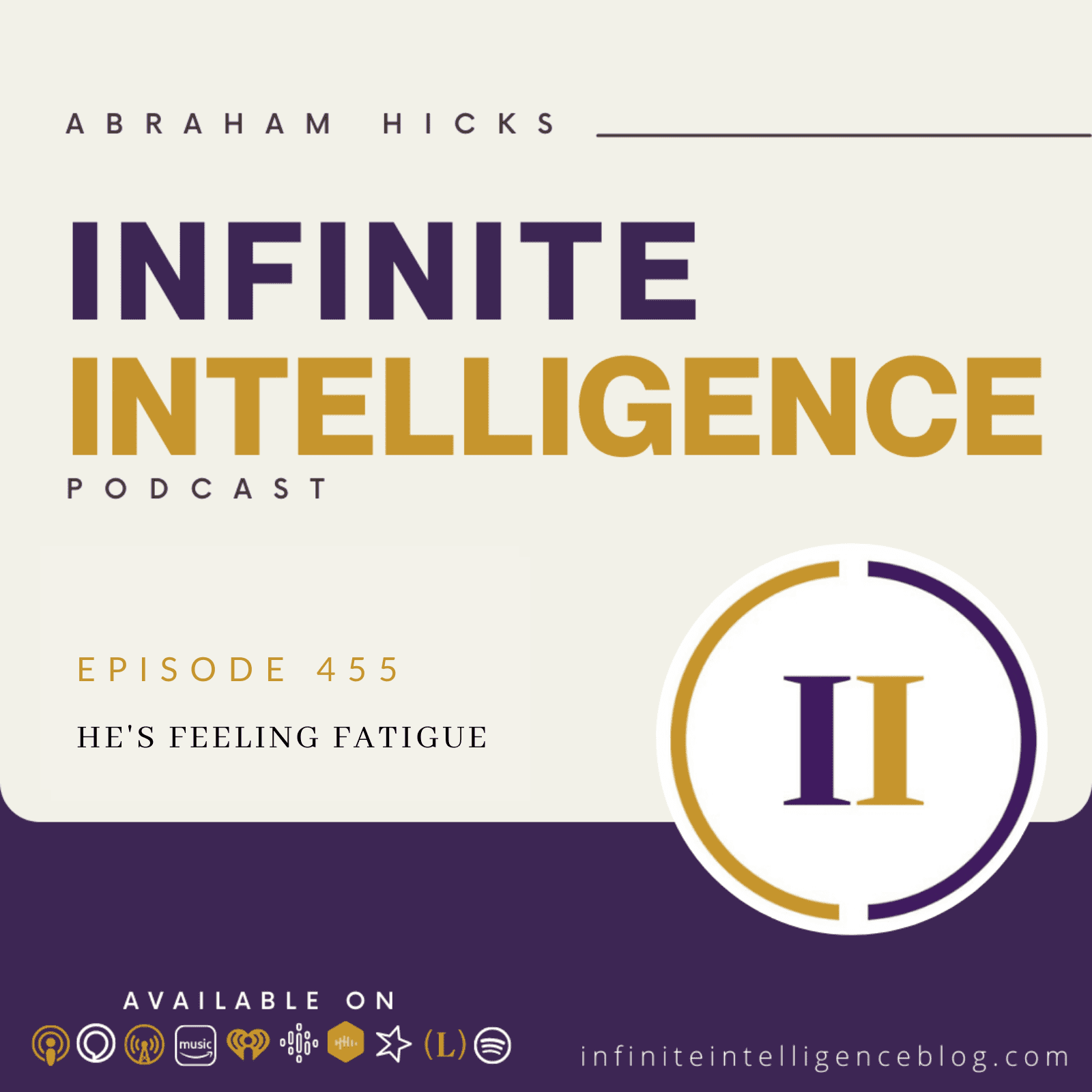 So I’d like to ask, I’ve been feeling this fatigue, quite often, like not being enthusiastic and passionate. So what does it mean? It means that there’s contradiction in your vibration, it means you have resistance, it means you’ve been focusing upon things that your inner being doesn’t focus on. And it means you’ve been pinching yourself off from your resources. Because this receptive mode, another really good name for it is replenishing mode.

So it means you’ve been practical, means you’ve been sort of human and observant, it means you’ve been really doing a good job on step one. But you can give that up for a while, because you’ve got enough in your vortex to keep you busy for 20 or 30. lifetimes. Okay? So how to better understand it, when I’m feeling it again, like cry, don’t feel like doing anything or just sleeping? See, that’s the thing that’s interesting, when the momentum of resistance is strong.

And when you don’t go when your thoughts are calling you, literally away from it. Have you ever experienced a literal Tug of War, where there are five of you on one end of a big rope and five of you on the other end of a big rope. If you are equally matched, it is exhausting. It’s exhausting. You just can’t keep that up pretty soon you want to nap. And so that’s sort of what’s going on. And so the good news is, you wouldn’t be exhausted if your inner being weren’t calling you.

Because if your inner being weren’t calling you, there’d be no struggle. So it’s about letting go of the struggle. It’s about letting go of what’s bothering you, which isn’t an easy thing to do. That’s the reason that we were talking is we were talking about meditation, because meditation will help you let go of the struggle. In fact, quieting your mind, we’ve been telling our friends this for quite a long time, we teach meditation, because it’s easier to teach you to have no thought than to have pure positive thought.

Because you can’t change a negative thought to a positive thought all at once. But you can quiet your mind if you care about it. What’s bothering you? Many things like hundreds of things. So we have some questions for you. Yeah. Have you been listening to us for a while? Or is Yeah, yeah. Do you accept that? When you’re bothered by something, that you’re automatically asking for something for an improvement? And do you believe that you’ve been asking?

And do you believe that the asking is strong? Do you believe that your inner being really knows what you want and is on it and is calling you. So we want to ask you all of you really because you’re not so different from almost everyone. Esther was watching television the other day, she was watching politics, and and then she felt like she was going to die. She felt lifeless in her body. And she actually thought that she might want to die. And then she began to laugh.

And she was all alone, while she was having this experience. And she held out her hand as if it was a little cup full of poison, and she just kept touching. Not Dead Yeah. Because she knows that when she focuses upon things that she cannot do anything about, and feels the injustice of them, and feels empathy for those who are feeling the discomfort of them that she has put herself in a powerless place. So much so that she really was feeling lifeless. Now.

What’s the remedy for when you’re angry? Meditation when somebody encouraged Jerry and Esther in 1984. To meditate, they left that place saying to each other. Meditation is so weird. Jerry said, We’re business people. I like practical things. One day, someone told Jerry that she could see his aura. And he just avoided her for the rest of the time. Because that stuff doesn’t seem practical. Here I am in the real world with things to do, and places to go and people to see and so on.

And here’s your inner being over here with all of these rockets, calling you over here. But when you keep observing only what is and you don’t go, it is exhausting, you gotta go. Which means you’ve got to find some way of letting go of what is and you don’t have to let go of what is all day long. Don’t do that. Go where you need to go. Keep eating, feeding your children go to work, earn money, all of that stuff. Don’t take long naps do take long naps, but not long naps.

But find a way to quiet your mind enough that you can begin to let some of what you’ve been asking for come in, and it is our promise to you see, it feels like I’m going to need the money before I feel better or I’m going to need the relationship before I feel better. I’m gonna need to be recognized at work or have more respect before I can really feel good, but that isn’t true. You just need a little satisfaction, you just need a little satisfaction and then a little more, a little a little more, and then a little more. So if you would let your new intention be, I’m just gonna get ready to get ready.

You have to accept that things are working out for you. We’re asking you to give up some prejudices that you’ve been using against yourself for a very long time. And we know some people just think that’s just crazy talk. Don’t look at what’s around me and get off in some lala land. Yeah, that’s a good place off there and focus, we understand how crazy it might seem to very practical minded person. But you ask us a question, and we gave you an answer.

You’ve got to hook back up to your power. And here’s the thing, the power never went away. It never went away, it’s always ready for you to be ready, you’ve just got to get yourself in the vicinity of it. First time Esther sat to meditate. She’d never meditated before. She counted her breathing. And she felt detachment right away. And she liked it so much. She wanted to keep doing it. Well, they set a timer for 15 minutes. And right away, she felt that. And she said, Let’s do it again. So they set the timer for 15 more minutes. And Jerry saying, Oh, here we go. Because Esther does tend to be all or nothing. As you may have noticed, we know that you accept the vibrational basis of the universe.

And they’re all lined up here, and many of them have dovetail together. And they have gathered such a current, a force of nature of vibrational frequency, that you’re not ready for it yet. It’s too big. It started before you were even born. You’ve added to it everyday sense. And you’ve got to find some way of acclimating to this, because you’re just going to bounce off of it right now you try to approach it, you’re not ready any more than you could set your radio dial on 98.7.

And listen to what’s being broadcast on one on one, the frequencies have to match up. So meditation will help you to sync your frequencies. And once your frequencies are synced, not very important things will bring you satisfaction.

But if you’re focused upon the satisfaction, feeling of satisfaction is what you’re going for, not an instant remedy, but satisfaction. And then you do it tomorrow, and then the next day. It won’t be more than a few days before. First of all, you’re going to feel way better. And then significant ideas will begin to flow to you and you’ll be off and running. We’re not kidding you even a little bit.