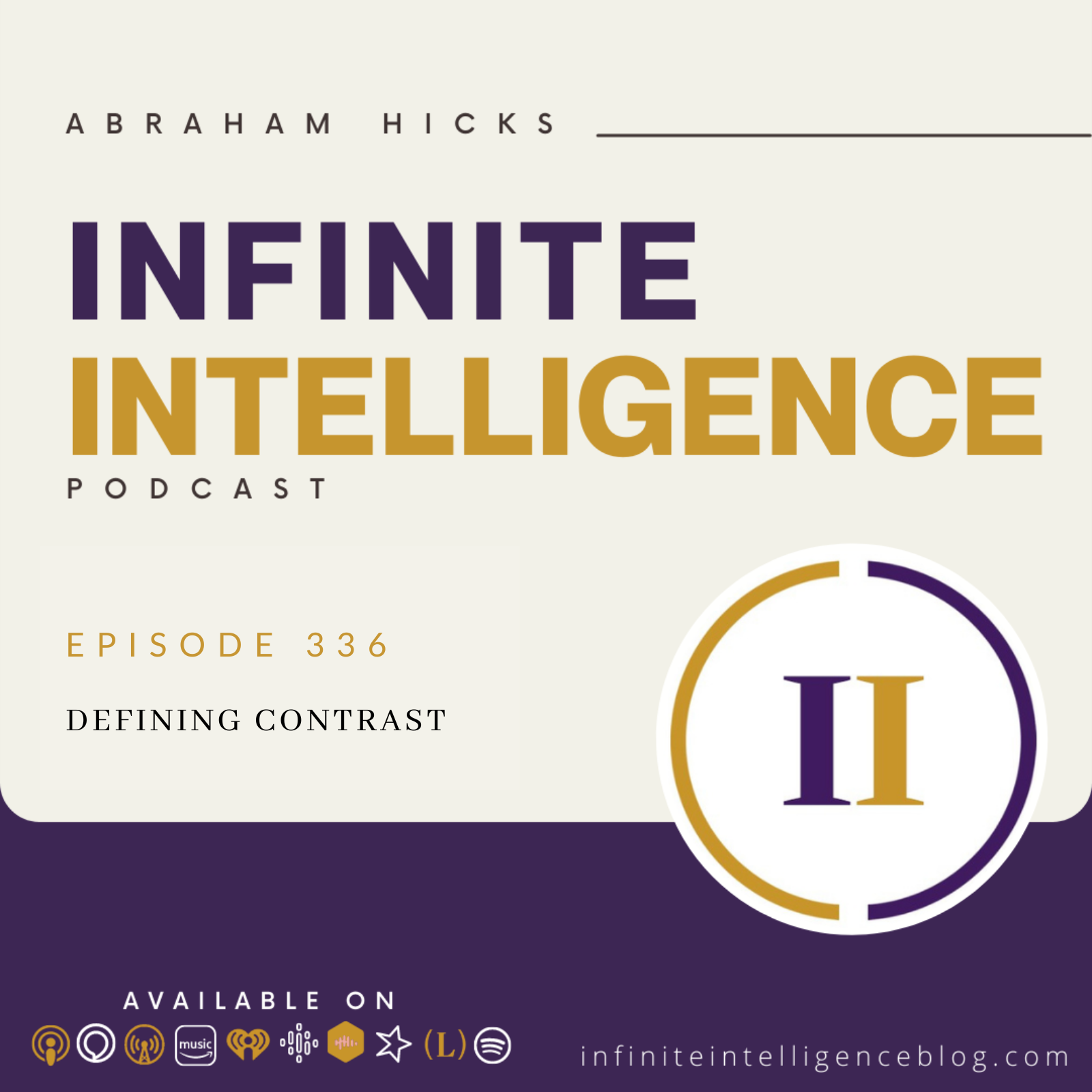 When you say contrast, that’s not we mean variety. We also mean wanted and unwanted. So not a contrast between feeling like you’re not to a point yet. And then getting to a point and comparing it to being in a bad feeling place. Not that contrast. Well, yeah, that too. By contrast, we mean, anything that has a variance in it. But the contrast that we want you to focus on, or better said, the way we want you to understand contrast is by the emotional way that it feels.

There’s variety, variety is contrast. But you could go to a buffet, where there was a variety and you liked every single thing on the buffet. And so it would be variety, and it would be contrast, but not the kind of contrast that is really meaty enough to cause you to launch a rocket of desire. But if you went to a buffet, and you have a clear idea of what you want to eat, and there’s nothing on that buffet that even comes close to pleasing you, you’re going to launch some rockets of desire that you’d like some better buffets around.

Which means with every bit of that whether I spoke it out loud or not, I want payment for what I do I want respect for what I do. I want to be well paid, I want expansion of the workplace, I want to feel good about what I do. I want to have a good time. So all of that contrast causes you whether you’re speaking it openly or not, to know what you want. And you’re launching these rockets of desire continually.

But the question is, now that you’ve launched the rocket of desire and your inner being has become a vibrational part of your desire, where do you now stand in relationship with the new evolution that this contrast has caused you to make. And if you’re standing, still beating the drum of the discord at work and the unfairness at work, then you’re not a vibrational match to the new evolved you that that workplace has caused you to become.

So you can’t keep beating the drum of what isn’t working when the larger part of you has already become it. Now, if the contrast had not caused you to launch those rockets, if you had not launched rockets, then you could live in that unwanted world. You could accept it, rather than saying, I don’t want it you could say it’s okay. And someone would say, well, aren’t you bothered by being mistreated?

If you never expanded, you would never feel bad about holding yourself back because there would be no variable for you to feel. If you don’t have light and dark you couldn’t see anything through your own eyes or through the lens of your camera. That contrast is essential for your molding into place your ideas and decisions about what you create or want to create.