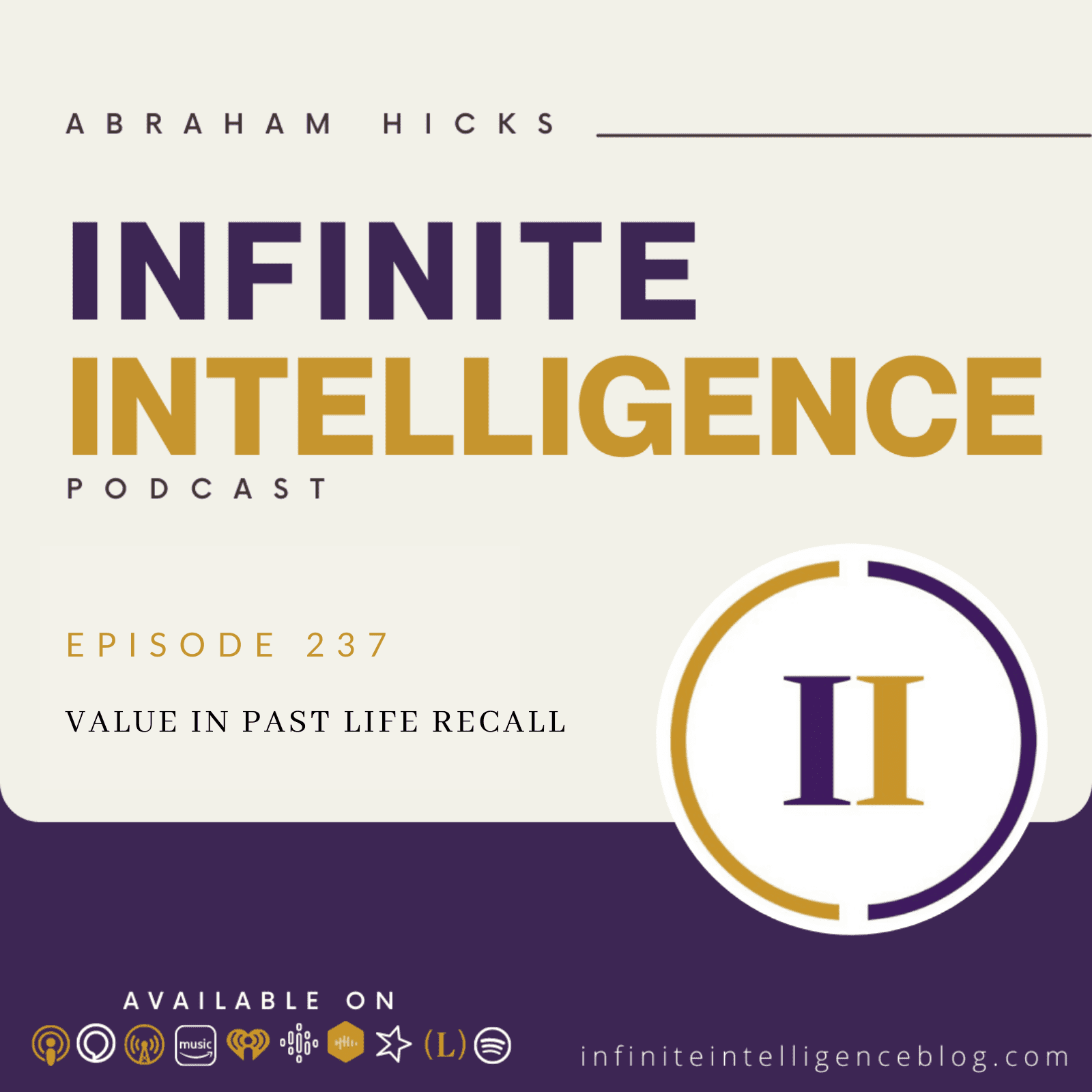 If I may ask another question along the same lines, it often happens, I think the circles that where we are moving, that we are encountering people who claim that they are that they know something from the other side that they know something about our, for example, our past lives. What good does it do to us to know anything? Our person, if it was a value, you would have remembered it? This is what we have to say about that. There are some people that are picking up on energies, and some translations are accurate in this sense, they are translating some vibration from somewhere.

Often it’s from their own vibration. Sometimes they are picking up something from you from a belief. But this is always true. One woman said to us, Abraham, I believe that I was abused. In past experiences. I’ve been told that through these past life regressions. And we said, It is unknown whether this reader is actually tapping into your past life or someone else’s. But what is always true, there is a vibrational match in your vibration right now that is allowing it.

So often, it’s someone reading something in the active energy right now, and then translating into something that came before which may feel satisfying, in the sense that it gives you sort of a justification for why this is happening to you now, but not helpful. It’s just more momentum. So our impertinent line that we always offered is we don’t know if they’re getting your past life or somebody else’s. But one thing is true, is accurate to the vibration that you’re emanating right now, or that somebody is. That’s the thing that’s tricky about that.

That’s why we’re encouraging you to hook up to your own alignment and utilize it. We encourage Jerry and Esther in the beginning of knowing us to think about their relationship with us in any way they could. We said to them one day, they were in San Diego, and they were getting ready to go to a restaurant that they’ve never been to. And it was in another part of the city other than where they were staying. And so we suggested to them that they let us just guide them there. Don’t look on the map, don’t look up the address. Just hold in your mind where you want to be.

It’s about the world in which they are in. We said that to you the other day. You’re tapping your toe to music and you think is your toe tapping? Well, it’s someone else letting you know that they hear your music here and now you say we’re not talking about disco. so helpful. Yes. To take you to some further conversation. I think that’s good. Really good. Thank you.