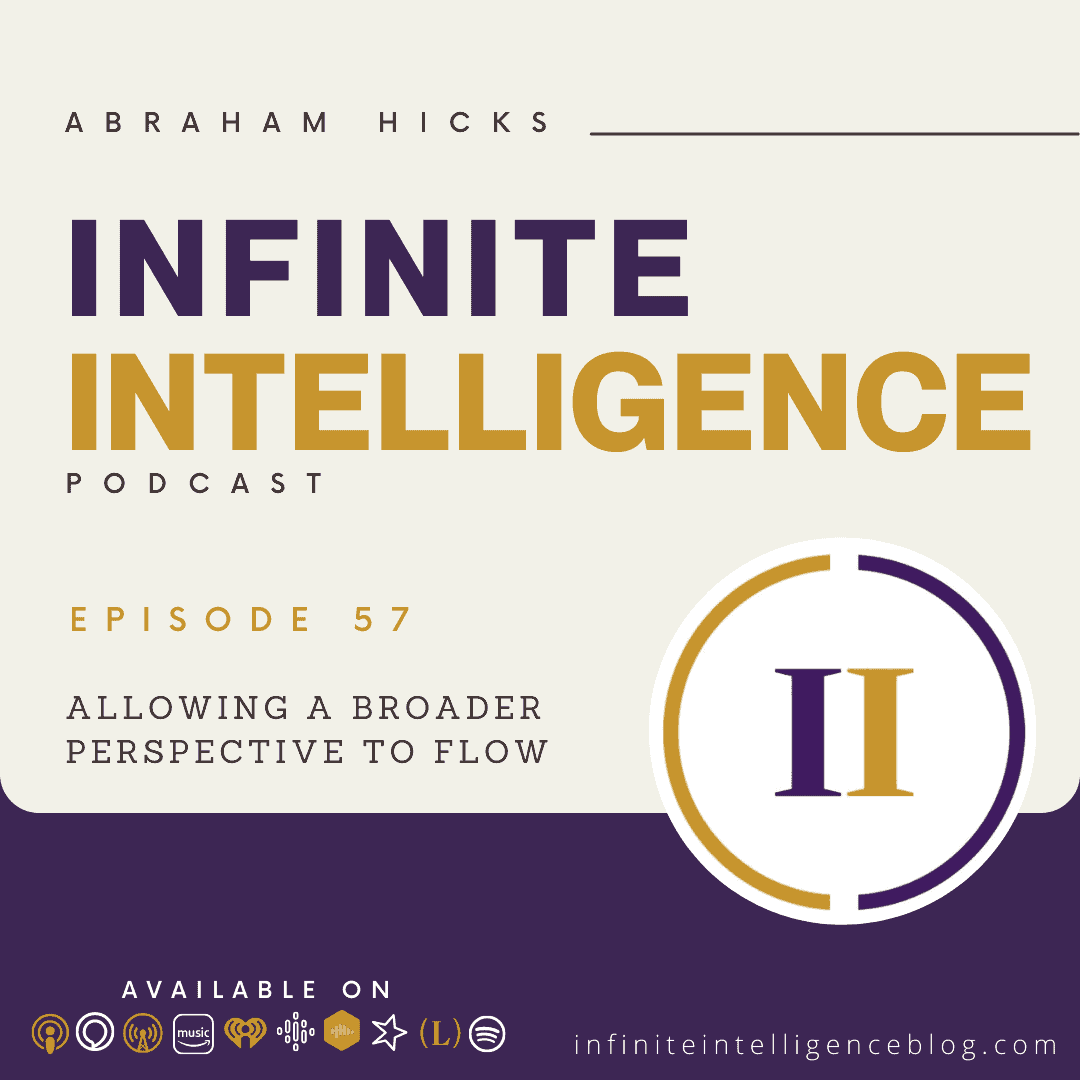 It’s really wonderful to be here, especially on Valentine’s Day with people you love. And like Esther and Abraham, I love it attraction, or these teachings are a big part of my life. And everything I observe, whether it’s something happening to me or for someone else, I always equate it to vibration and energy, attraction. And yeah, in my vortex is a version of me that has released enough resistance to allow broader perspective, to flow through me, and to speak through me. And I would like to know how I could facilitate that and help that to become reality?

Well, there are two things that are important for that or anything to flow one is, there must be a desire for it. And the other is there must be an allowing for it. And both of those things are in place. And so the next is just to enjoy the process of it. Just enjoy the process. Let it flow as often as you can be aware of it as much as you can. In the beginning, Esther’s question was because you have a conversation with Abraham and Jerry would say, is really amazing information.

And he would say, what does this feel like to you, Esther, and Esther would say, well, it didn’t feel like amazing information. It felt like normal information. It felt like talking about what we’re going to have for lunch kind of thing, because it’s the relationship between what you know, and the new that you’re hearing. And so in time, and because you have to trust it, Jerry’s understanding that there was something good that was flowing.

And because it was a nice feeling experience for her while it was happening, she agreed to continue this good feeling experience. Often she would say to us, Abraham, I want to speak clearly your words. In fact, every time she goes to the podium, in readying herself to receive Abraham, that’s what she says, I want to speak clearly your words. And what she means by that is, I don’t want any beliefs that I hold, to be in the way of what you are presenting.

And so that’s the thing that is most interesting about this, you have to sort of render yourself through meditation to a sort of blank slate sort of position, because when you meditate, you quiet your mind. And when you quiet your mind, you stop resistance. And when you stop resistance, that broader perspective can flow. So what a very effective process that you’re talking about, is getting your own beliefs out of the way.

So that broader perspective can present. And in the beginning, it’s actually an easier thing than when there are others that are gathered that are presenting their belief. So what is required is a very comfortable and practiced experience of quieting your own mind. That’s all. That’s all. Have you been meditating for a while, I have often on I used to do it every day. But now I do it if it feels right.

Well, that’s the best tool that we know, for practicing non resistance. Because practicing a quieted mind is what is at the heart of what you are reaching for. So if it’s something that you really want, if we were standing in your shoes, we’d meditate every day, not for a long time. 15 or 20 minutes is enough. But it’s a progressive thing. So every day is good.