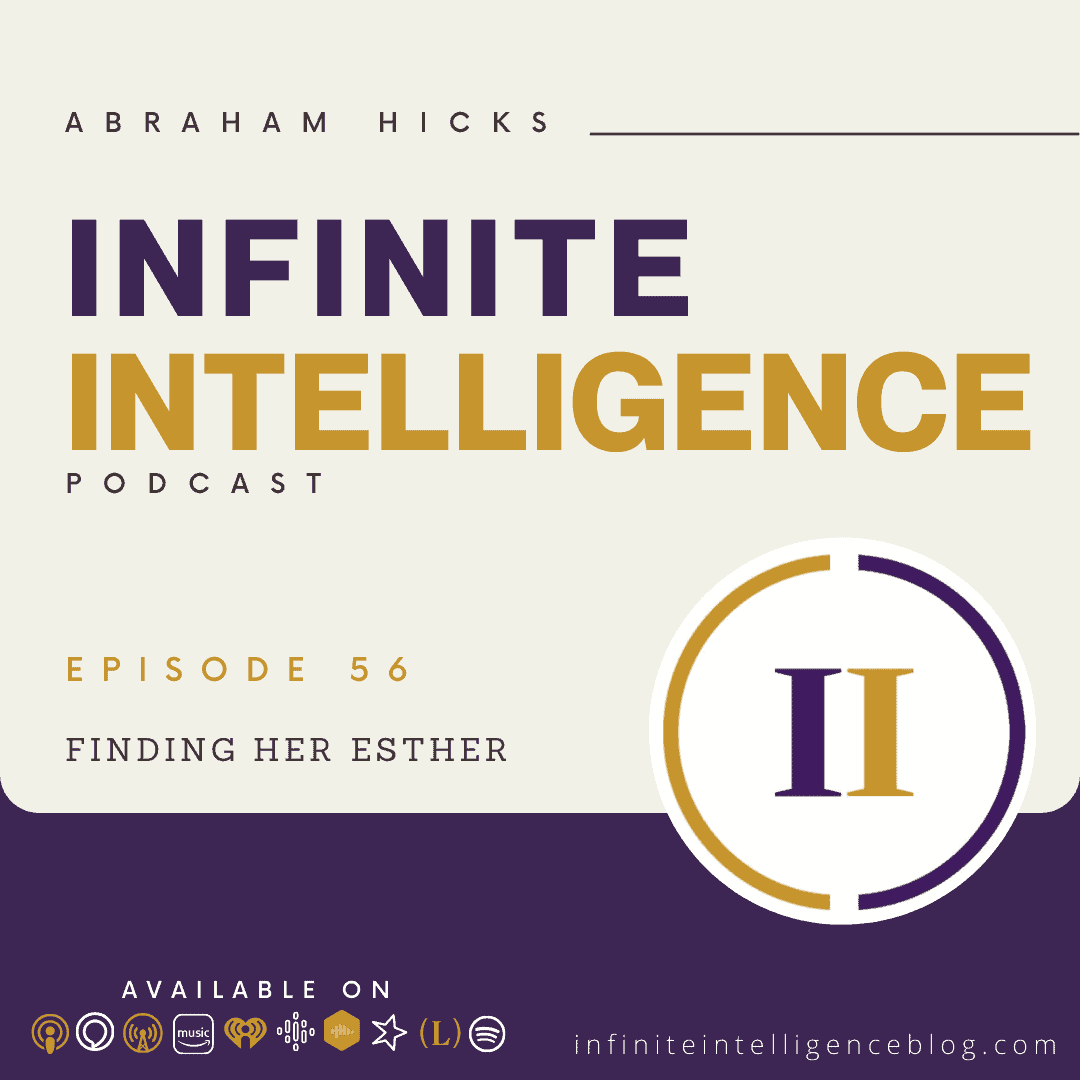 I feel a little bit like Jerry, when you talk about relax, go meditate and you know, within about 30 seconds his, his his hand is tapping. And he’s writing his notebook. But Esther relaxes and enjoys. And so I want to find my Esther, who’s my Esther, because you talk so much about everybody has access to Abraham and the source energy and and I’ve been calling you. And so maybe Jerry,

But once contemplation happened once it came into alignment, and ideas would begin to flow. And once the idea became the flow, that’s when he wanted to begin to write about it and do something about it. He just didn’t want to lie there. With a quieted mind. quieted mind put him in the receptive mode.

And once he was in the receptive mode off he went, you say, so really, if you want him to tell the story accurately, it just took less to get Jerry in the receptive mode than it did Esther. Because Jerry had powerful desire Esther was just living happily ever after right. Jerry was the asker in the equation. Esther was the allow her in the equation, right?

So where’s my Esther? Did you speak to Jerry, like you speak to Esther, you say you don’t need someone specifically in your life. You have access to all of this. Everything that you need to know you’re hearing here? Yes. And as Jerry was hearing here, but I can’t come here every day. So while you’re arguing for limitations unnecessarily, don’t you think, okay, there isn’t anything that you’ve heard that you can’t remember,

I need the money. I want the thing I cannot have I want that. And so you’re putting stipulations on things that don’t need stipulations. So what you want to do is look at how often you know the energy is flowing, don’t you? Yeah. So when was the last time you were in this hot seat six months ago? And how many people were in that room? Say how many people are in this room, and yet you keep getting in the hot seat? It’s time to stop complaining.

Okay, so when I find myself wanting, wanting, wanting just get off the subject, same thing for everything when wanting feels tense, then you’re not in the receptive mode exciting. Well, that’s different. Exciting. intents are two different things. Okay. But you’re demonstrating some of both, as you’re sitting here, right? So I’m still all over the place just like six months ago, what not so much.

It’s nice to feel excited about what you want. But you’re trying too hard. And what you’re demonstrating this is right where this message is, this is right where the evolution of what Abraham is teaching us all about. That’s why you’re the perfect person to have a conversation with because you help us say something that so many people are really ready and wanting to hear. And that is this business of being in the receptive mode is not about effort.

It’s about chilling. It’s not about making it happen. It’s not about cheerleading and rah rah. It’s not about goosing it up. It’s not about words, it’s about relaxing and getting into the receptive mode. And so then you say, Well, I’m not very good at that. And we say, that’s what you want to work on. You want to get better at that. Here’s a good thing for you to say to yourself. Put yourself in a place that feels good to you.

But sometimes, ideas will begin to flow and you can feel by the steady rhythm of them that you are in the receptive mode because You know from watching Esther, as Esther is allowing Abraham to flow through her that this is not a jerky or sporadic experience. This is a streaming consciousness that flows. That’s what receptive mode is. And you’ve been in the receptive mode, when those ideas come, just don’t get ahead of yourself. When the idea comes.

Enjoy the idea. Don’t try to bring it to full fruition. Don’t try to get your game plan all planned out. Don’t try to present it in a way that you can right now today, take it to shark tank and get money. Yeah. In other words, right? It’s not like that. Just enjoy the receptive mode. That’s what we’re saying to our friend who plays the oboe. Enjoy the experience. Don’t try to get too far down the road.

Don’t try to figure out how many jobs you’ll have and how long they’ll last and what you’ll be paid and what grade orchestras you’ll get to be a part of, that’s too far down the road. And when you’re asking for information that’s too far down the road. You always lose your way. Just enjoy yourself right where you are. Am I in the receptive mode and watch what happens? Okay, you’re gonna enjoy it. Okay. This is a really good time for segment of refreshment.