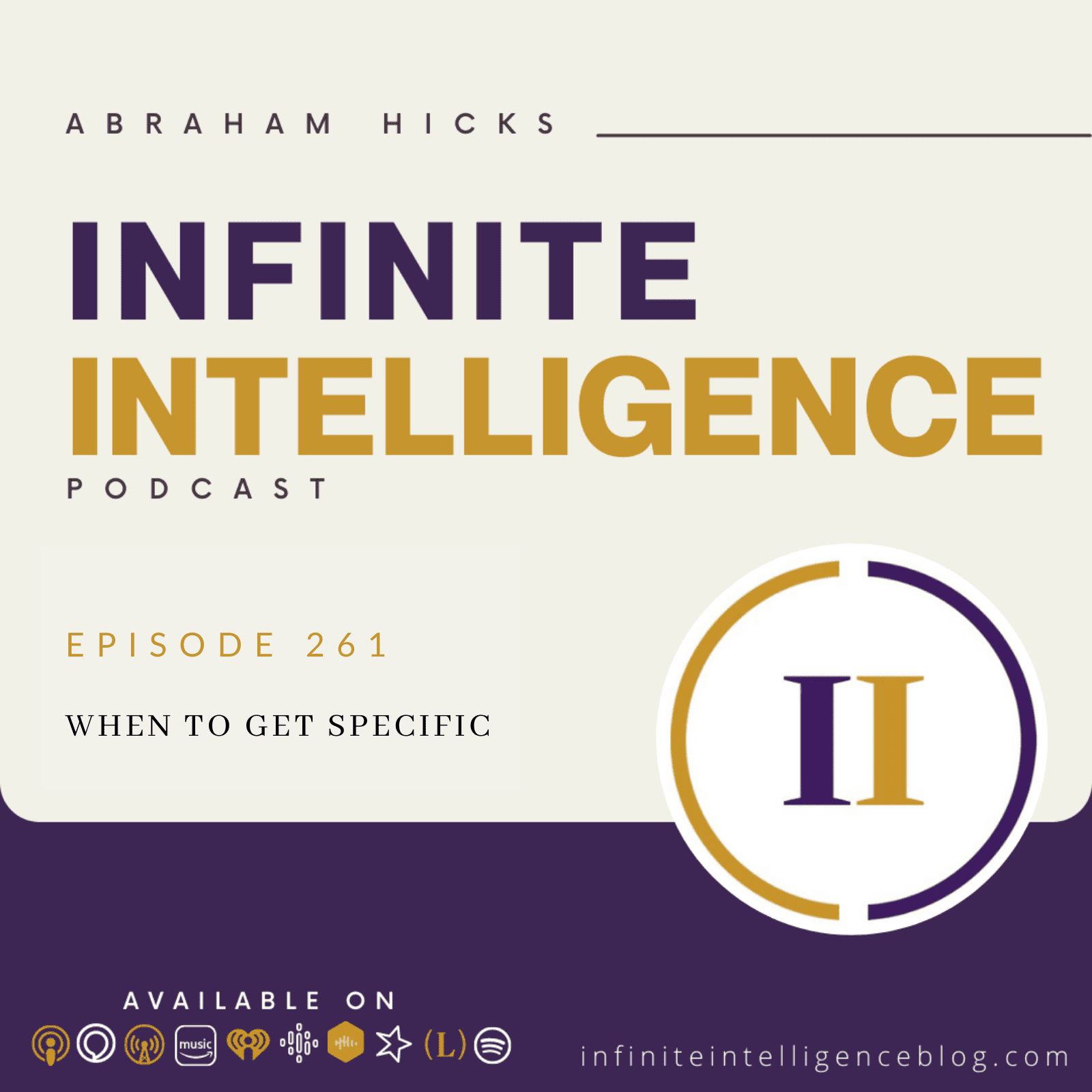 I think I’m really getting that. And what I’m hoping that you can help me with is to figure out, do I need to start being more specific about a couple of topics that I’m wanting to Alright, this is an important question, are you following what she’s asking for. So if you’re not getting movement on something you want, does that mean that you need to clean up your vibration? Usually, or does that mean you need to goose up your desire? Rarely, but you’re gonna like this.

That’s the most important thing, find topics where you feel, if Esther wants to find something fast, she just has to pick any room in any house and begin gathering furniture for it. Or moving the furniture around in her mind that’s already in there. Or replacing that rug with something else. Something that’s really fun to do is to just take all the furniture in your house and put it in different places and see if you like it better. In your mind, it’s kind of a heavy job to do, in case you’re wrong.

The refrigerator is really better in the kitchen. That’s just something that rings Esther’s bells for a long time. If she wanted to feel happy, she just thought about the tree house in Texas. And she thought about how it stands and how it feels and what it means and the energy of it and how tall it is and how she can look. And she doesn’t have to be in the tree house to feel happy with those thoughts. So just keep your pocket full of thoughts that easily make you feel good, because this is the most important thing we want to say to you. You do not need to be thinking about the topic of your desire in order to cause the momentum to get going faster, the momentum will naturally increase.

So isn’t it interesting, all the books we’ve written and all the processes that we’ve offered in all of the 1000s of hours that we’ve been speaking to you about the science of deliberate creation. Every time we offer you a process, it is always about releasing resistance is always about clarifying vibration. It’s always about getting out of the way of something that already has happened vibrationally that you’re now wanting to let happen in terms of seeing it hearing it smelling and tasting and touching it. You get that? Don’t you ever wonder, we want you to wonder how thoughts turn to things? How does this happen? It’s easy in your physical body to look around at the stuff that’s already been created.

And as a society to squabble over who gets it sort of slicing up the pie and arguing about who’s getting the biggest piece of it. But we want you to think in terms of being your own pie creators. Nevermind the pies that people are trying to split up, create new pies, your vortex is full of pies, it’s time for you to let them into your experience. It’s time for you to turn your thoughts to things. So what you’re saying is, I’m waiting to figure out what how my friend turned her thoughts to a $9,000 diamond.

Now, what you want to say is, well, not really Abraham, the diamond already existed, and it was there buried in the leaves. So she didn’t really create that diamond. Somebody else created that diamond Well, there’s a whole lot of that going on to where you are moving about the things. In other words, you are a cooperative group of beings. Yes. But she did create that she created that experience for herself. And there have been a lot of people walking past there have been a lot of people who also had the potential of Rendezvous in with that who did not because they weren’t in a vibrational place.

And as she called her friend, and she said, I didn’t get on the first flight or the second flight, and her friend is already getting ready to board her flight somewhere. And so she is feeling just a little bit of time crunch about it. And her friend said, Well, maybe you could fly to New York. And then you could catch a standby, which didn’t seem like the path of least resistance. But it caused her to set into motion some thoughts, that’s alarming. caused her to set some thoughts in motion. And then she went to the ticket agent. And she said, What do you think about me flying maybe to another city, maybe to New York and then getting a flight? And the ticket agent said, where is it you want to go?

And she said, Chicago. And the ticket agent said, Well, I’ll tell you, there’s a plane that’s just coming in. It was under repair, it’s coming from somewhere else, but it’s almost here. And it only has a flight crew on it. But it’s going to Chicago, I can get you on that plane. So she got on this airplane, and she was the only passenger. It was just the flight crew and the flight attendants and her. As she said, the flight attendant stood in front of her and gave her the safety announcement just as for her, and then the captain came through the loudspeaker and said, Ma’am, we are about to take off.

And we really want you to feel how things are always working out for you. And things of extraordinary nature are at your fingertips all the time. All the time. Oh, if you could see the content of your vortex, you would be dancing in the streets all day, every day. You’d be feeling such thankfulness about where you are perched in terms of what’s about to come to you. I feel it I just I do I feel that, you know, I feel that which is you don’t really, because you say I feel that I just and I wonder if I should just I guess I’m jealous.

And there’s something about saying, Yeah, I can stem down on this, I can stop using this unfinished thing as my reason to put myself in a knot. Because that is what you’re doing. You’re all balled up for no reason over something that you could just as easily set aside for a little while. You so you feel I’m balled up. Because the reason why I’m asking is because I feel mostly good. Mostly every day. If you sat down and said only to us, I feel mostly good, then you would feel mostly good. But what do you think? Does she feel balled up a little bit balled up a little bit?

The question is a really important question. All right, Abraham, here’s my question. So I have something that I want that I’ve wanted for a while. And I believe what you say that it’s in the vortex, and that it’s all gathered together, and it’s ready for me to receive it. But for whatever reason, I’m not getting in the flow of it. And I don’t see any really noticeable progress about that. So my question is, should I think more about it, and therefore try to increase my momentum? And we say yes, unless when you think about it, what activates is the feeling that it hasn’t come yet. And it isn’t fast enough, and that it’s taking too long, which is the vibration that’s most dominant within you about this.

Because anytime you’re saying, I want this thing that isn’t coming fast enough, it’s always because there is resistance that is keeping it from coming. You’ve got 487 engines on your track going that way. And you’ve got 487 inches on your track going that way. And every time you think more about it, you put another engine here and another engine here, and you don’t make any progress where if you can just stop thinking about it. Count your blessings, think about the things that are working, think about the coffee and the cappuccino coming.

And when you think about them, you often mostly usually put another engine on your track going in opposition to what you want, because you’ve been trained. Bless your hearts, we love you so much you’ve been trained to think and to work and to try. And even the word focus means try, you’ve been oriented in action. And so it just doesn’t seem right to you that you can just want it and let it come. What kind of deserve ability is that? Kind of deserve ability does she have finding that diamond? What did she do to deserve that? She just wanted something. And we’re fairly certain that if she had gone out that day on the hunt for treasure to buy her ticket to this seminar, she would not have found any treasure.