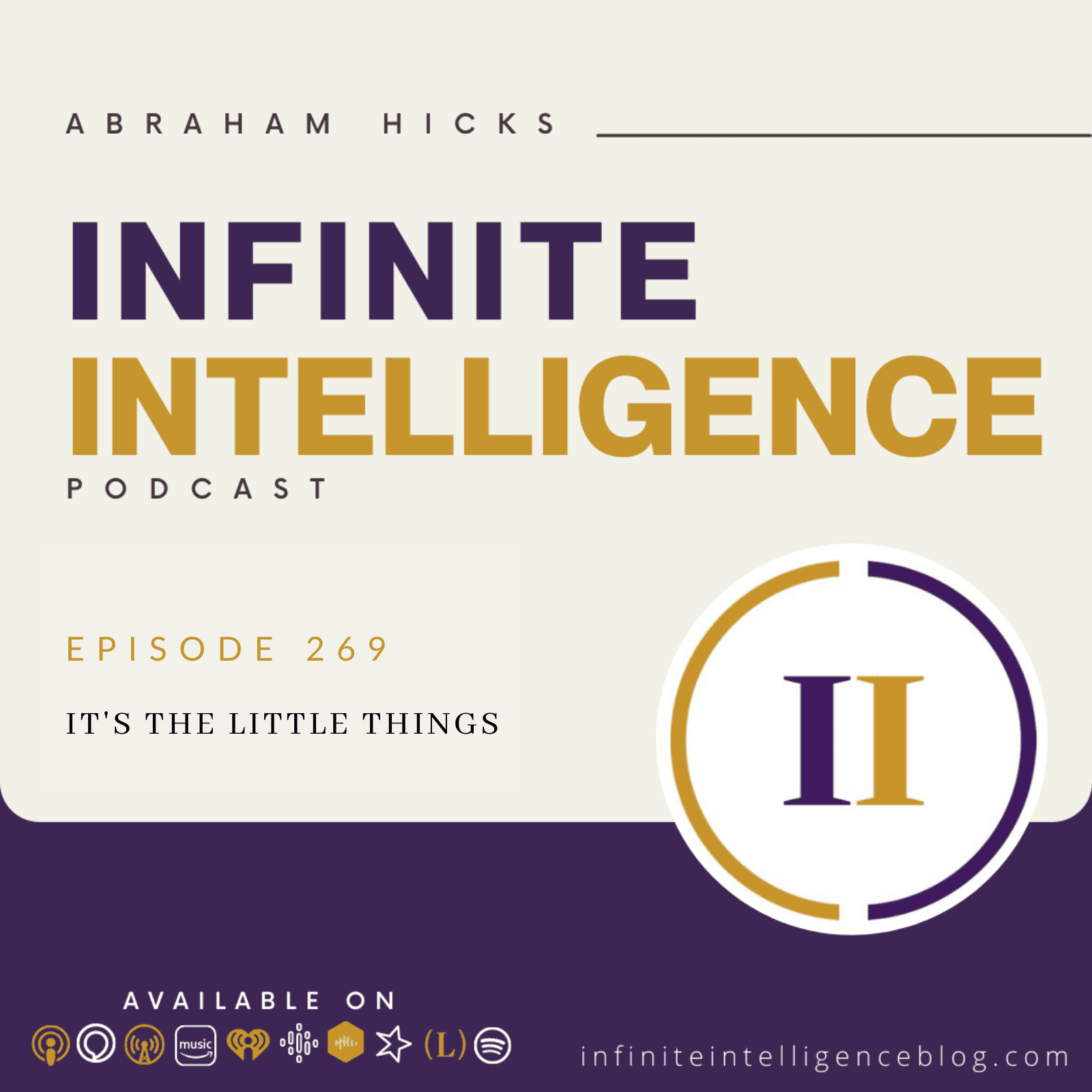 Hi. Okay, I woke up this morning, feeling like a kid on Christmas morning. I was so excited. So excited. And I was excited to come today because I knew that I would sit here, but I was more excited that I had just had evidence of getting out of my own way. Those are profound words, because you’re the only one who can ever be in your way. And when you get out of your way, it’s clear sailing. And all those people that you thought were in your way weren’t really in your way, you just thought they were in your way and use that as your reason to be in your way.

Yeah, yeah. So I’m only going to set the stage just to tell you why I was so excited about that. I only decided two days ago to come, I had put in my own path, the resistance of thinking, Oh, my husband won’t appreciate it that I want to go do this again and spend this money on this, because we just did this in San Francisco two months ago. And it didn’t seem like I should want that.

And as I thought that I ran back through my mind, everything I’ve learned from you, and thought that just a pocket, just shortage you’re pulling out there. And your husband’s been nothing but supportive. And this is something you want, and you’ve already created it. So go. And so I decided consciously to get out of my own way. And I started to lay the path and it just unfolded beautifully, of course to do. Can you feel the power of deciding? Yeah, you can actually feel the visceral feeling of a decision when you make a decision. Not always, but often you stop the contradiction of energy.

When you’re in that, Well, should I or shouldn’t die. That’s such an uncomfortable mode. But when you decide, it’s like everything lines up with you. Yeah, yeah, it does. And I came with my mother, which I came with my mother, she didn’t come with me to the event, I encouraged her to do that. And she’s never heard anything of you didn’t know what she would think thinks it’s kind of a weird concept. But she listened to a recording of me previously in the hot seat.

And it intrigued her and she considered it. But she didn’t. But that was okay, because she’s supportive of the idea that I wanted to be here. But she took us to a friend’s house to stay last night instead of staying here at the hotel, which was what I wanted to do. And I decided I wasn’t gonna let this bother me. And so I had a good experience. And I woke up at midnight to the sound of the car alarm sounding. But it turned out to be somebody else’s car alarm.

But when I was up, I noticed that a skunk had perfumed our whole bedroom. And because we’d left the windows open, and my mother was snoring like crazy. And I thought, Oh, well, this is okay, because I’m going to remove myself from the situation. Because I have every intention of being in a great mood when I go tomorrow to this event. And so I actually spent the night sleeping in a recliner, which if you’ve ever done that, it’s not necessarily a comfortable experience.

But still, I woke up in this state of joy, because I was coming. And I’d had this dream that I’d love to get input on if you want to offer. It was just a little snippet that I recall. And I’d had to dream right before I woke up. And it was of somebody saying to me something like, have you read the book that we gave to you? And I thought, No, I haven’t gotten to it yet.

But it was something about being able to like move things. And I hadn’t read it, but the person demonstrated to me, and they did this with their hands to something like a stuffed animal or a doll or something. And it just started moving around the table. And I understood this to be it was almost like a visitation. I understood this to be an example of what I am. In the process of understanding about myself.

The thing that we are most interested in pointing out that you are doing that is working well for you is that you’re just talking yourself into feeling good all the way along, no matter how mundane the situation is that you’re standing in. And the reason that we want to call emphasis to this is because your lives are made up of these, what you would feel are rather ordinary situations but in their ordinariness in their usual illness.

Most of you are lackadaisical in the way you choose to think about them, because you only really want to apply deliberate thought to big things that really matter a lot. But it is the usual things that you’re encountering on Moment to moment day to day basis that make up the majority of your vibrational offering. So your point of attraction is mostly about things that you don’t think matter very much about. So you don’t tend to your vibration very much about them.

And so as you continue that, then your life just continues to yield to you. What will continue to feel whether you like this or not, we like this. Then what begins to unfold is it continues to feel sort of usual to you, sort of normal to you. Anybody else looking on is saying what you found a $9,000 diamond in the leaves. That seems pretty amazing to somebody that isn’t used to the universe just yielding as you use the phrase and we know you do, things are always working out for me things are always working out for me. While that is a satisfying notion and it is for sure the truth. It’s also helpful for you to say, I’m working out for me.

I’m choosing things that make it easier for things to work out for me quickly. You can put some deliberateness in that things are always working out for me, because I’m aware of how I feel. And I tend to my vibration incrementally, and I don’t let small things that are seemingly unimportant, annoying me to the point that momentum gets going and then I’ve got a sort of out of control situation. It’s tending to your vibration is what this conversation is about.

And tending to your vibration is the difference between step three and step four, being in the receiving mode and mastery of that. Really good. Yeah, I’ve had such wonderful examples of we’re at the ending of this day, okay. Everything is so good with you. It is we’re going to move on Okay. With appreciation of where you brought us to. Okay. Thank you.