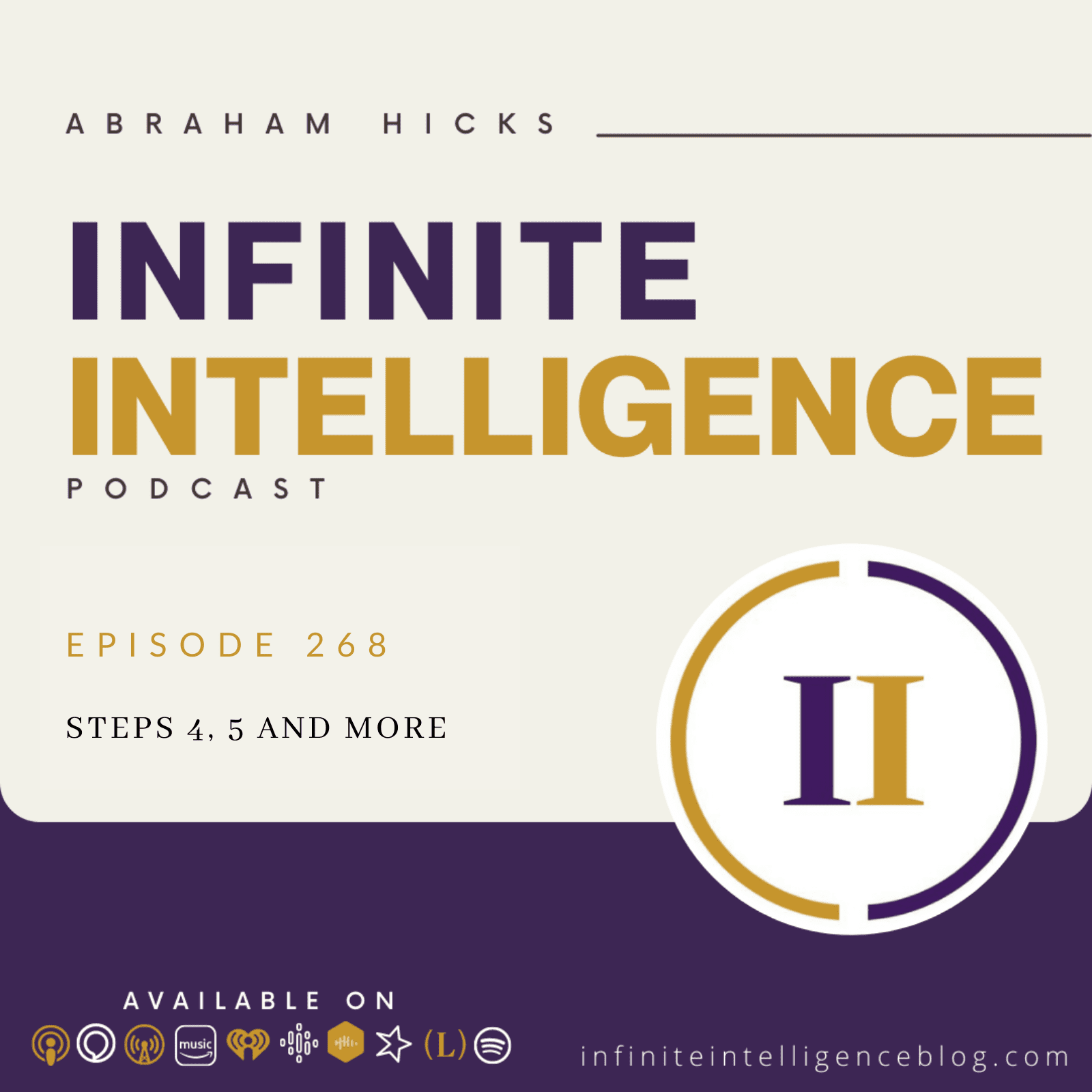 My question for you was I’ve learned at this gathering yesterday and today that beyond step three, there’s a step four, and that there’s a step five, step four is just mastery of Step Three seems weird. So step one is ask can’t help it. Step two is source answers none of your business, they’re just doing it. Step three is you got to line up with you got to get in that receptive mode. And step four is just getting really good at being in the receptive mode stay in there longer going there more quickly.

And so here’s the statement that we want you to take away from this important question. Your Vibration is where you last left it on any subject, it’s where you last left it. Now, it might be dormant even though you left it there. But wherever you left it, there’s a possibility and pretty good possibility really, that something’s going to happen, that’s going to activate it again. So if, when it is activated, again, if but when, if, when, if when it’s activated again, if you move it to a better feeling place, then next time it’s activated, it will come to that better feeling place, until eventually, what’s activated will always be right here where you are.

That’s why it just gets easier and easier. This is a belief bridging example, as your beliefs become more harmonious with the knowing that your inner being holds, then there won’t be any resistance, don’t you now know for sure that you know that you had bugaboos or hindering beliefs that now just don’t apply to you? Oh, absolutely.

So you know, you get the manifestation, but you also receive a new set of contrasting experiences. And so what keeps happening to you is your desire continues to expand. But each time your desire expands, it brings a whole lot of things with it, that are not going to activate on you in a negative way. Again, when you begin to feel confident about one thing, your confidence affects all things. So you don’t have to go back and rework so many of those vibrations.

That’s why once this gets rolling, once you acknowledge that you’ve got some negative emotion, and you deliberately move your thoughts until that negative emotion softens. And then you can feel that you’re on the move on it. And so now you deliberately and wisely because you can feel the resistance is at bay, you deliberately now begin goosing up your specific thought about it until the momentum increases. And then you feel these thoughts turn into things and you witness the cooperative universe as so many have been describing here today, you witnessed the cooperative universe.

And you hold that knowing Esther will say every now and again, I just can’t believe that. And then she laughs because she knows those can’t be the correct words, because nothing will come to you that you don’t believe. But what she means to say is I’m so surprised and delighted by this not. It’s unbelievable, because anything that’s really unbelievable, is not going to happen. So it doesn’t take very many things that you have deliberately thought about, and then deliberately felt and deliberately honed into a better feeling place and then been able to witness the universal response to it until there’s the manifestation.

As you run those things over and over in your mind it is our desire that you keep telling yourself the story of our friend finding the diamond forget about the guy who claims he lost it. Just think about the friend who found the diamond. Think about the girl who the airline sent her big jet to take her to Chicago. There are all kinds of wonderful things that are about to pop for you and as you take delight in them and recall them and savor them and milk them and practice the vibration of them.

And when you start feeling like that doesn’t matter where I appear to be your friends say how you’re doing great to get that job? No, then why are you great, because it’s unfolding perfectly well, how do you know? I just know, but what’s the evidence don’t need evidence? What’s wrong with you? You just get to that place where you just know, you just know. Because you know, the laws, you know about law of attraction. And you know, what you’ve predominantly been feeling? The best answer that we’ll ever hear you say to someone as well, just because I feel so good. It has to be going well, for me, it can’t not be going well, for me, I feel so good.

But what evidence do you have of it going good, I don’t need evidence, I feel so good. The way I feel is the evidence for me. And stay tuned, because pretty soon you’ll be able to see the evidence for now. I just feel it. It feels to me like popping corn. When you first pop the corn, you don’t smell it. You can’t taste it because it’s not finished. Yeah, and don’t eat it either. And then, and then it pops and it pops in and pops. And pretty soon, it’s popping so frequently that all you hear is one single sound. And then the smell comes and the taste and the touch and everything else that’s really visual.

Yeah, we’d like to tell you the story of so you put the kernel of corn in the ground because you know how it works. Plant it and you water it, you nurture it, and it will grow into a plant and there will be some corn for you in time. But humans who are often so action oriented, you wouldn’t find yourself out there stomping on the ground demanding the kernel become a stalk of corn right now because you understand that there is a process. And that’s why we like to talk to you about the vortex. But the thing that we want you to hear is that the timing, the timing of your vortex turning into something tangible, is always an only about how you feel. It’s only only and always only, and only, always, ever only, always only about how you feel about your belief or your knowing. And after a while. Feel for just a moment for a brief moment of what doubt feels like to feel it for a moment, and then feel hope.

And you know what we’re talking about just saying the word you can get a sense of how hope feels so much better than doubt. But hope still has resistance in it. And so think for a moment how when hope turns to belief how there’s an improvement in the way you feel.