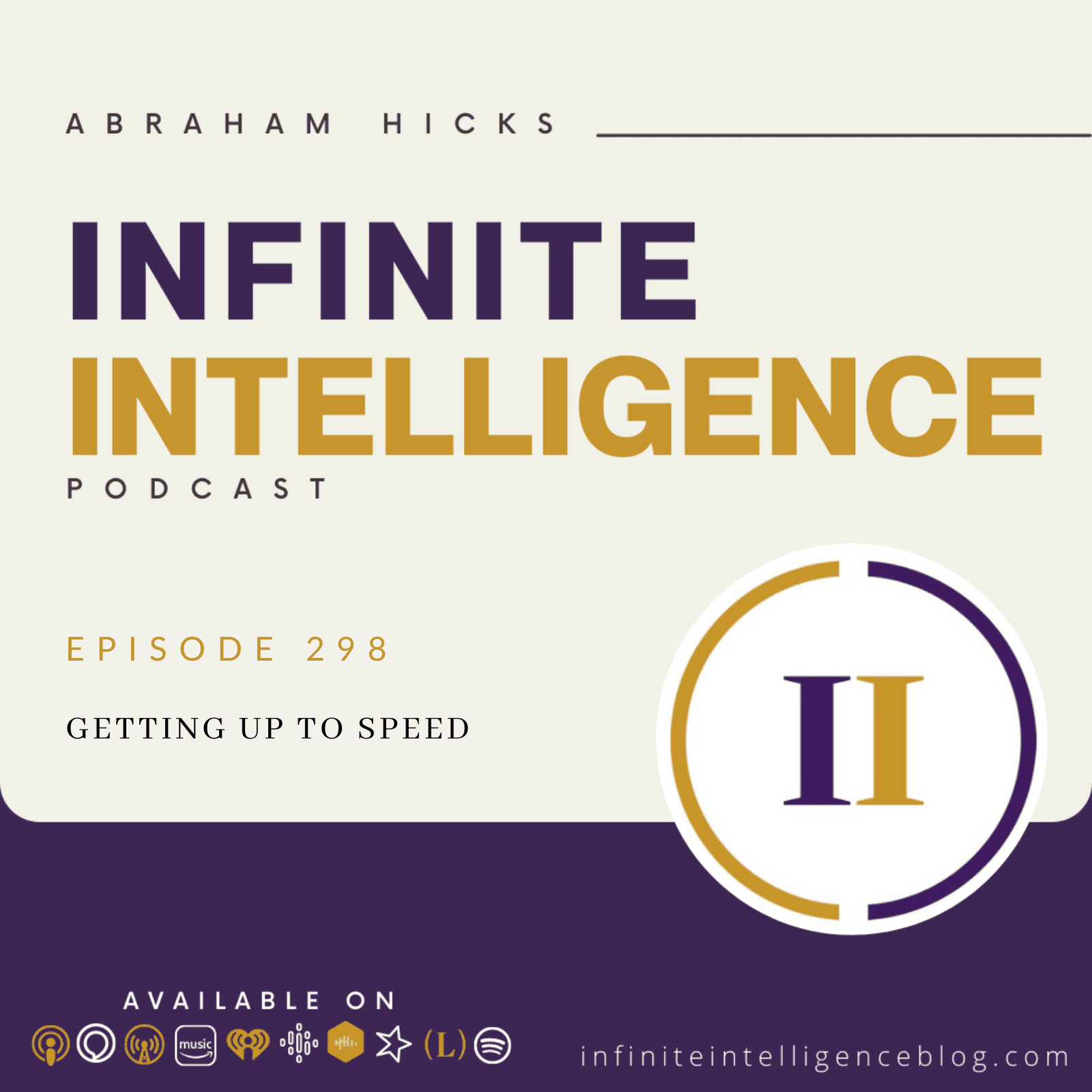 Good morning. We are extremely pleased that you’re here. It is good to come together for the purpose of CO creating. Do you agree? You’re knowing what you’re wanting? Mostly? Do you think that you are a vibrational match to your desire becoming that more and more, that’s the key isn’t it? When you have a desire that you are not contradicting with doubt, doubtful thoughts.

Doubt is the feeling that you feel when you are contradicting your desire, or anger or frustration, any of those emotions that don’t feel so good. They’re all about your contradiction. And it’s easy to understand how you would get there isn’t it because you are observing the world and you’re seeing things wanted and unwanted. So when you see something wanted, and you are feeling that positive emotion, that means you are in that moment, at least, not doing that thing you do that contradicts your vibration, you know that you are mostly vibration. sort of hard to know that when you’re in your physical body.

You are so in harmony with that larger part of you that there is no resistance within you there is no separation is always too strong of word. But there’s no separation, you’re not pinching yourself off in any way. But when you feel negative emotion, you’re doing something in that moment with your thoughts or your words or your actions, that is not harmonizing with who your inner being that larger non physical part of you knows you to be.

So you were that non physical energy before you came into this body. But only a part of that consciousness came forth into this body, the larger part of who you really are, remains as non physical source energy. So here you are all day every day doing what you came to do, sifting through the data of life, coming to your own personal and important new conclusions or preferences. And having a relationship with that larger part of you.

Do you know that whenever you’re exploring variety or contrast, and you know what you don’t want, you launch a rocket of what you do want and when you do that, you have the potential of separating yourself just a little bit because you have vibrationally become more than you can physically at first keep up with you knew it would be that way you knew that this was the evolution of all species.

And you knew that you were coming into this time and space to be on the leading edge of thought and you reveled in the idea of you having your own personal exploration of you personally choosing of you launching those rockets of desire. And so over time, we’ve been wanting to help you to see the bigger picture and understand how importantly you fit into all of it. We want you to know that you are leading edge creators and that the leading edge in this time and space is where all that is non physical is focused forward. This is the experience of becoming this is where vibration manifests. And then this manifestation in this furthers most leading edge manifestation.

All that is is Rev Lean in what you are about. So we began to explain to you first that your vibration and many of you are catching up or warming up to that idea. And then we explained to you that there is a powerful law in this universe, called the law of attraction that manages these frequencies. Law of Attraction simply says that, that which is likened to itself is drawn. It also says that there is no exclusion, in this understanding, or in this universe, that you get what you think about whether you want it or not. So whether you say yes to it or know about it, you’re still calling it to you, because it is your attention to it, that activates the vibration within you.

And then Law of Attraction responds to that activated vibration, and off you go. So we began explaining to you about the law of attraction. And in the beginning, we call this the science of deliberate creation, because we wanted you to be deliberate about your inevitable expansion. But many of you got worried about that, because the idea of creating your own reality was thrilling until you realized you were creating your own reality. And then you began saying things like, oh, cancel, cancel, you would think a thought or speaker thoughts, try to suck it back before law of attraction got hold of it and took you someplace you didn’t want to go.

And so then we began explaining to you the steps of deliberate creation. Step one is ask and the contrast just constantly causes you to ask even if you don’t say it out loud, when you know what you don’t want, you know, what you do want and you automatically present or project a vibration of desire. And that vibration of desire is fully received by your inner being that non physical part of you, who remains non physically focused knowing about you. And so you project this desire forward, the non physical part of you, doesn’t just notice it, or be aware of it, but totally embraces it and accepts it as the newest expanded version of you.

And in order to help you to understand that we began saying to you that when you ask, which is step one, it is given which is step two, in other words, source answers everything that you ask in the instant that you asked for it. But you must understand that even though you have been answered, the answer has come at first in the form of a vibrational alignment and agreement to when you ask it becomes a vibrational reality. But in order for you to see it and hear it and smell it, and taste it and touch it, it has to become not only more mature in its evolution, but you have to mature at the same vibrational rate in order to match up with what you have created. Just because you want it doesn’t mean you’re a vibrational match to it takes a little while.

Because often, when you’re in trouble without something that you want or need, that’s when you’re asking for it. But the dominant vibration within you is the absence of it, the trouble of not having it or the trouble of having something unwanted. And so in the beginning of your asking, you are never a vibrational match if your desire has been born out of your awareness of what you don’t have, or of what you don’t want. So that’s where we know that we can be of most value to you in helping you get up to speed with your own desires. And that is, in fact, the only value that we have to you.

And it’s the only quest or goal that you ever really have is to get up to speed with your own desires to get up to speed with what life has caused you to already become. So there is this gap between you and you a gap that says I want this, but I believe this, or I want this, but I’ve already got this. And that’s the thing that trips you up the most. Over time, we’ve been offering examples to help you to understand that there really is a vibrational reality.

We call it a vortex we wrote a whole book about it because we want you to expect the realness of this vibrational reality. And we know in your physical format where you’re so good at translating things into physical things, that if you can’t see it, or hear it or smell it or taste it or touch it, then it’s hard to accept that it already is. But we want you to know if you can feel for it. in religious terms. That’s what you call faith, knowing that it is there or knowing that it is becoming without being able to see it yet. It hasn’t fully manifested but that doesn’t mean that it doesn’t already exist in this vibrational form.