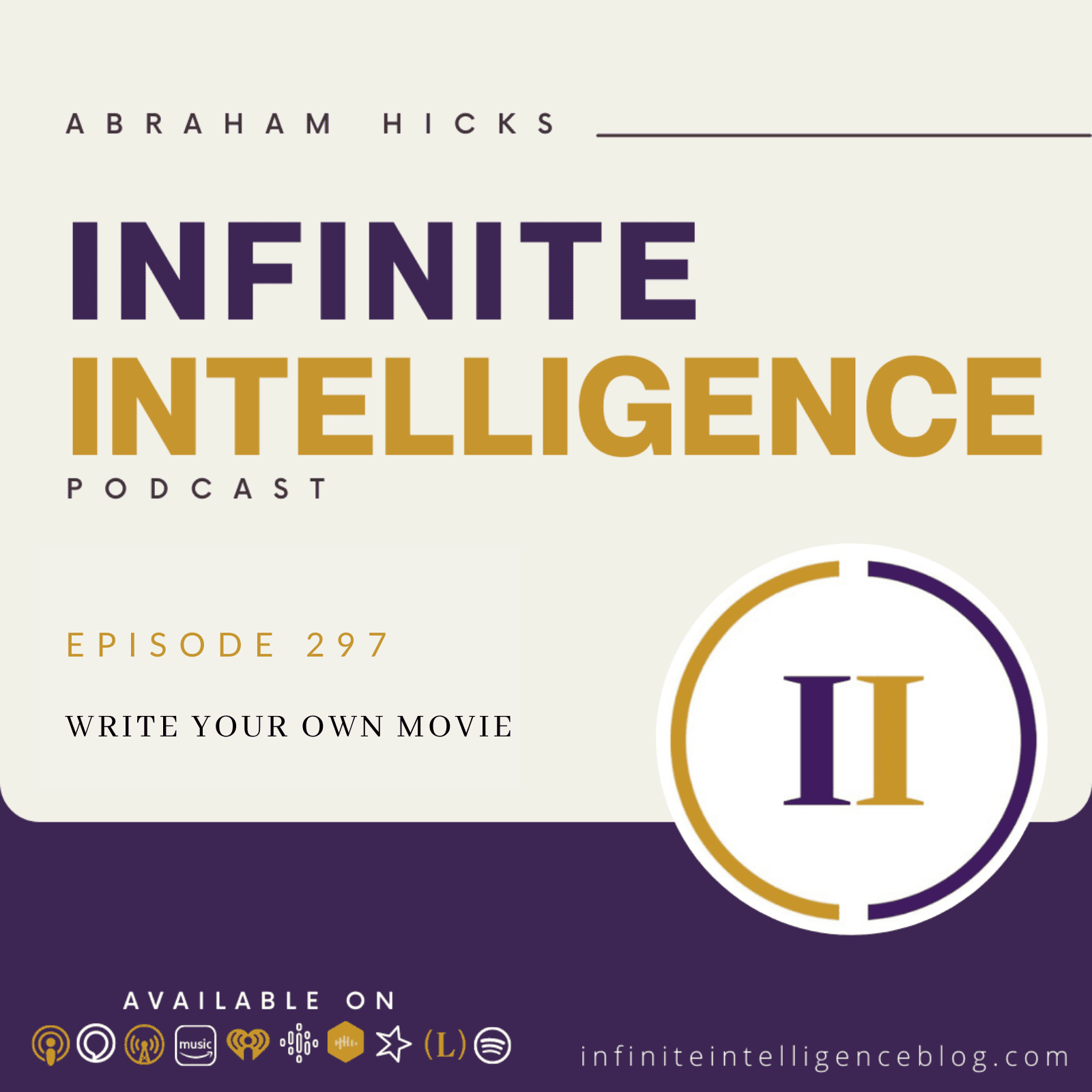 We know that you got that to a large degree. And now we’re going to give you something that’s really going to help you get it all the way. And that is, you know, how fortunate you are that you are able to relax, and let a stream of thought flow and create a movie that will be on the screen, your thoughts will turn to things. And life is exactly the same way. You can write, you can all write your movie, you all have a producer called law of attraction.

And you all have endless funding called the energy that creates worlds. And you all have everything that is necessary to bring the cooperative components together. In other words, you have a staff, you have a team of non physicals and currents and laws that are helping you turn your ideas about a movie into a full fledged movie. You create your own reality, whether it’s on the screen, or whether it’s something that comes into your life experience. So knowing that, that’s why there was such power in what you wrote. And so you know how in a movie, the scene will change, and then you can write it again.

Esther plays a game with her grandchildren in that something that she learned when she was very, very young and she tells a story. Yeah, I jumped out of an airplane and the other person says, Oh, that is so good. Or I fell out of an airplane. Oh, that’s bad. Well, it’s alright. Because I had a parachute. Oh, that’s good. Well, no, it’s not really good because the parachute did not open. Oh, that’s bad. No, it’s alright. Because there was a haystack down below me.

And Esther was laughing because that’s sort of the way the movie makers keep you engaged as they give you a problem to which they help you find a solution and then you feel better and but it is sort of the way that the resistance helps you to continue to create and ask for more to and so as long as you know that no matter what’s happening, you can write up all that good scene right after it. Then you can keep yourself happily engaged and moving along and knowing that you do ultimately have complete creative control over what happens not only with your movie is but with life.