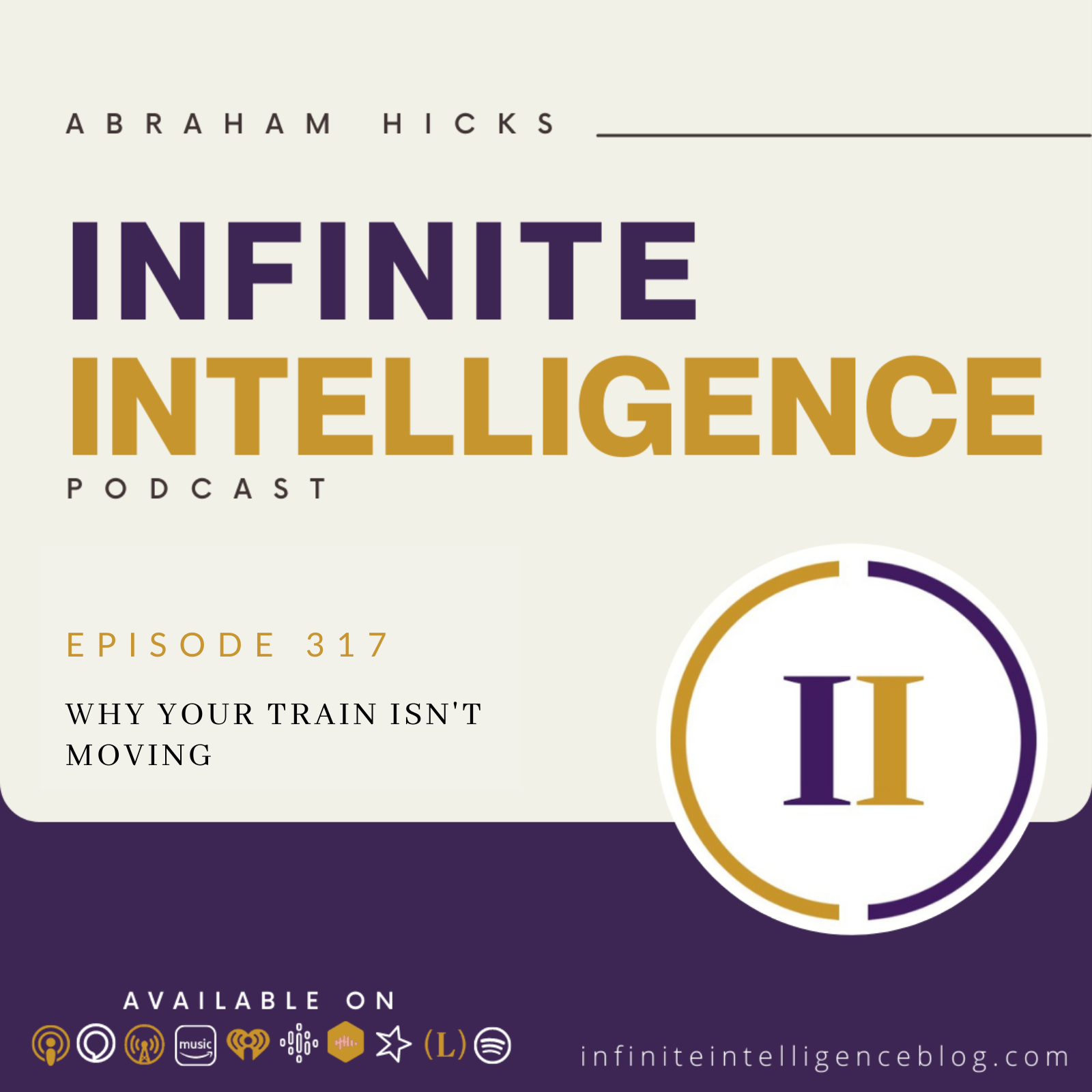 Good morning. We are extremely pleased that you are here. It is good to come together for the purpose of CO creating. Do you agree? You’re knowing what you are wanting? Are you enjoying the evolution of your own desire? Just getting the feel of you. And we’re always especially quiet when Jared is checking for sound. It’s nice to have desire that you are not contradicting with doubt, isn’t it? That desire feels the best desire that has been contradicted with doubt. You wish you could take it back.

But you can’t. Because once your life has caused you to desire something, that desire is often running and it is evolving. The question is, are you evolving up to speed with your own desire? And the answer is, if you are feeling good about your desire, then you’re keeping up with it, then you are moving into the vibrational frequency of it. And then you are in the receptive mode, you are in the receptive mode enough that you can feel the alignment, you can hear the clues you can get the impulses, you can be in the right place at the right time.

But if your desire is in a place, not where you are, if your desire is in that pure high frequency, because it has been joined by Source energy, and because the cooperative fairies of the universe have joined and are assisting, but you are still in that pessimistic place where you are doubting and uncertain about it, then what happens is, there’s enough variance in the vibration of your desire and the vibration of you that there’s resistance or static or friction.

In an electronic world, you know it is resistance and you hear it as static. In your physical world, you know it as discomfort, you feel it as negative emotion. And so it’s a good thing to understand that your emotions are your indicator of how well or not you’re in alignment with your own desire. Recently, we have been offering an analogy. And it is about you being a train on a track, a track that is nice and flat, a track that is not uphill or downhill one way or the other.

And when a desire occurs to you, you plunk an engine on that into the track and off, you begin to go. But then when you have the thought, in contradiction, a thought that goes something like I can’t do it or I haven’t done it or I don’t know anybody who has done it, or it’s not likely, then you plunk an engine on the other end of the train going in the opposite direction. So now you’re moving in two directions at once. Well, you know, you’re not moving in two directions at once.

But the only thing is, you are born into this leading edge environment where you’re going to want because life is going to cause you to want that’s just the way that it is new ideas are going to be born in you all day every day. So the contrast of knowing what you don’t want causes you to launch a rocket of desire. So we’ve been explaining that to you in this way. We want you to understand that every time you have a desire that that desire emanates from you.

Do you realize that you are Source Energy mostly, and that when you in your physical format, launch this rocket of desire, that larger part of you tends to it and it’s a powerful attraction so powerful that it calls unto itself. It begins to gestate and grow and all cooperative components are gathered to it in a vibrational state where you can’t see it or hear it or smell it or taste or touch it but you can sense it.

You can feel it you can know it. If you don’t have a bunch of engines plunked on the other end of your tree. Ain’t going in opposition. So now your rockets of desires have culminated into this vibrational reality, we’ve been calling it a vortex wrote a whole book about it, because we want you to accept this vibrational reality as a reality. But that’s hard for you if you’re human, as most humans are, because you don’t want to accept a reality that you can’t translate through your physical senses.

Mostly, you don’t want to accept a reality that you can’t see and hear and smell and taste and touch and that others. Also you want them to see it too. If you’ve created something, it’s hard to say, oh, you should see what’s in my vortex. And they say, Oh, well describe it. And you say, Well, I can’t really see it either. I know what’s in there. I know it’s in there, because I put it there. And Abraham says it’s there. And they would not deceive me, I trust them.

And if you can’t, then you doubt its existence. In fact, your awareness of what is we love you so much we do. This is not a sarcastic statement, we’d love you so much. We just always say it right before we tell you how bad you are. We love you so much. But you are so see it, hear it, smell it, taste it touch it oriented, you’re so fascinated with the what has already been manifested that you are hard on what’s in the process of being manifested almost all of your vibrational offering, which is so important because it equals your point of attraction, almost all of it is in response to something that you’re observing.

Which means if you’re observing that you don’t have enough money, even though you’ve launched plenty of rockets, and your vortex is rich with abundance, that has expanded and is ready for you to receive it. Your awareness of what has already manifests slows you down from what could be manifesting. And so this is the conversation that we want to have with you. Mostly, we want to help you to turn your vibrational reality into the things and experiences and life that you want to live. But in order to do that, you’ve got to be a little distracted from the life that you are living.

Because if everything that is is what has your attention, it can’t become something else. For example, Oh, I’m so looking forward to the prosperity of my vortex. But what I have is not enough engine this way engine this way. I really really liked the idea of creating my own reality. But I’m not good at it yet. Engine this way engine this way. You’ve got to make your words and your thoughts more in the direction of what you want and less in the direction of what is if you want movement toward change. Because what happens so often as you keep living, different places, different faces, sort of different scenarios, that all keep being pretty much the same.

Because you’re focused so much on the scenarios that are now we want to give you a break on that because you came from non physical into this leading edge creative environment, because you knew the variety would inspire you to new ideas. But you also knew that in order to find the inspiration of the new ideas, that you would have to focus on what is in other words, you knew that step one of the creative process was is will always be to be aware of what is and so we’re not asking you to not be aware, we’re just asking you to not make step one your life vocation.

We’re just asking you to do your sifting and sorting. But once you have identified that you want something, give your attention to that don’t contradict within the engine going the other way. And as you pay attention to what will happen here today to some extent. And as you pay attention to what happens in your own life experience. Often, you are counteracting your own statement almost immediately behind. I really want this but you know, you know, or wouldn’t it be nice to have that but I don’t know anybody that is you’ve been trained to be so objective.

And we think that objectivity serves you to some extent but shoot you in the foot mostly thereafter. And so we’re asking you to just be saying sensitive to how much facing of reality that you’re actually doing. Don’t face reality, create reality, and use the reality that has already been created as a bouncing off place. But don’t get stuck in it so much that you don’t let the new happen for you. Because that’s why you came. And you can’t be happy if you’re not letting what’s new come to you.

Because life caused the larger part of you to expand and move this way. And if you don’t go with it, you don’t feel good. You never will. You will never feel good when a desire is moving this way, and you’re standing still are pulling in opposition to it. And it’s interesting because it feels to you like somebody else must be doing it to you. It must be fate, or it must be karma, or it must be my mother, because I certainly wouldn’t do it to myself, I would go in the direction of what I want if it were just up to me.

But the fact that I can’t go, it’s the economy or its politics or its religion, you have so many excuses, and none of them fly. None of your excuses are valid, because there’s only one thing that is keeping you from what you want. And it’s the engine that you’ve plunked in opposition to your desire. It’s the facing reality it’s the now reality that won’t let the new reality come because the now reality is still active in your vibration. And here’s why.