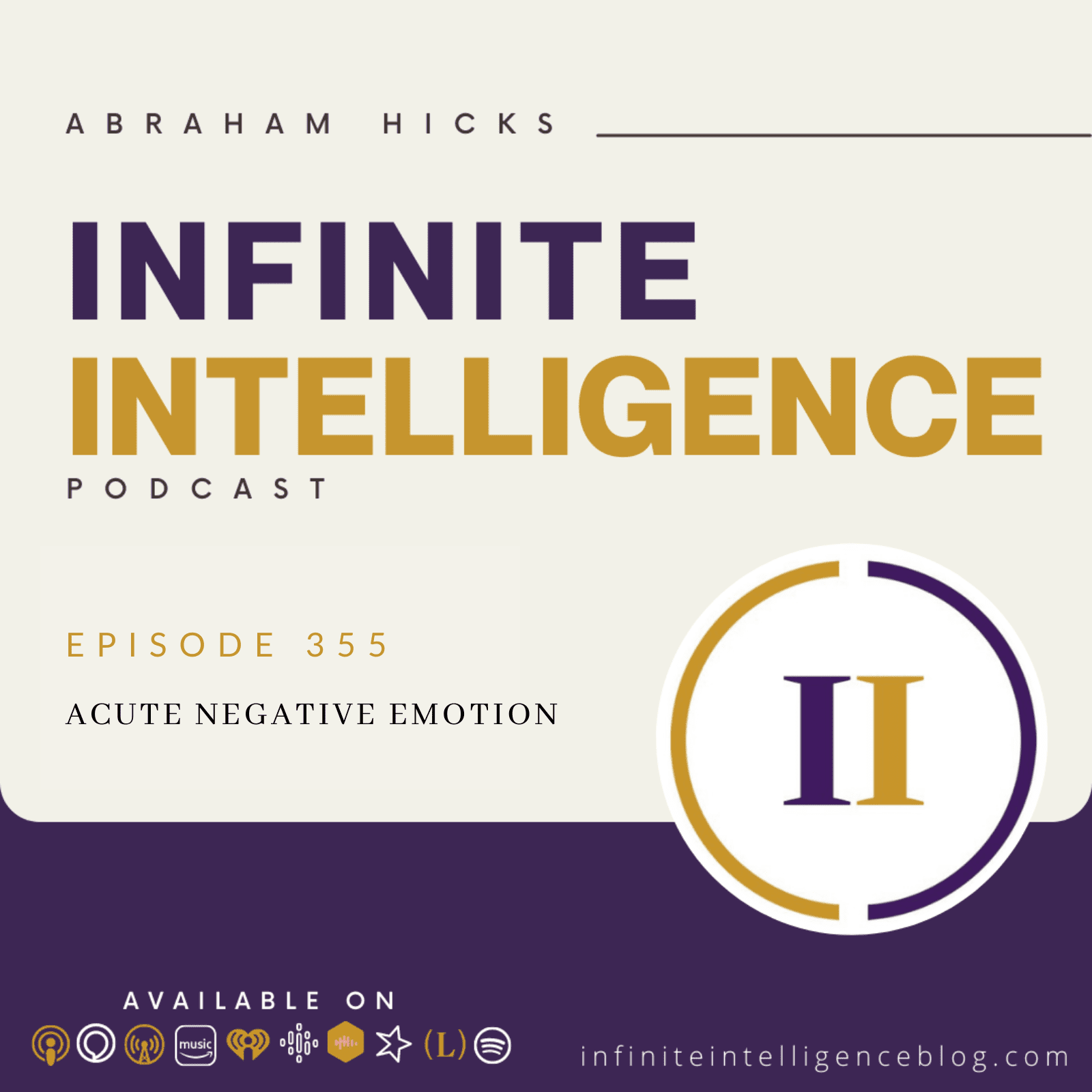 And are you refreshed? Now what? We’re having good conversations, have you noticed? Hi. We’re just given some tick tax a little more as the microphone likes to call them click clack. It’s alright. It’s alright. Did you swallow it whole? So I had a question about something that I’ve been experiencing lately. I’ve been practicing at this for a while now. So I’d say that being on a high flying disc is kind of my default mode. Good. Yeah, it’s awesome.

But you know, I still have these step one moments and contrasting experiences, and I will, you know, experience negative emotion. Like, alright, how are you going to know what you do want let you know what you don’t want, right? I’m with you were there. About six months ago, what I started noticing was, if I was experiencing a negative emotion, especially one that was more intense, like sorrow, can’t be more intense unless you stay there long enough to get momentum going.

Okay, more acute. If that makes more sense, acute, meaning you have a strong desire that you are right now in opposition to Yes. Or you have a very strong difference of perspective than your inner being who is looking at the same thing right now and feeling very differently. Yes, yes, as opposed to like a minor annoyance. So something more like that.

What I was noticing in myself as I’m experiencing this emotion, before you go further, we want to say also, your opening remarks about how you’re usually on your high flying disc. So that’s what you are accustomed to. So it doesn’t take much dip in vibration in order to have a big warning bell for you. Oh, well, good. Good, but just wanted to throw that in there before you got too carried away. Thank you. Yeah, I appreciate that. That’s a, it’s an important takeaway it is. So what I noticed was, while I’m having these negative emotion experiences, at the same time, I also am experiencing what feels like a core.

That is just rote joy, an absolute well being well, then what that means is you are speaking of acutely, you are acutely, you’re not indifferent. You are acutely aware, in that moment of your two competing perspectives, your inner being thrilled with the new discovery, at the same time that you are annoyed that it’s not fully discovered right now that it hasn’t manifested fully right now. Right? Did you follow that? I’m not sure I did. When I first started, well, let’s start at a place, then that makes it really clear.

So when you know what you don’t want, and you know what you do want, do you accept that your inner being is standing with all the I know what I do want? Yes. And is exhilarated about all of them, most of all exhilarated about you coming to understand your place with them, and the absolute probability of them unfolding. And so what you were describing is a moment of really keen awareness, where you are consciously and humanly focused in resistance, at the same time that you have an awareness that your inner being is not focused in resistance.

But when you have strong, negative emotion, it always means that there’s a strong desire that you are denying yourself access to right now. So when you say, at the same time that I’m feeling acutely disappointed, I’m also feeling my inner being reveling in the progress. That’s a sort of quick flipping back and forth between perspectives, which means you must not be too far away from what your inner being is aware of. And that’s really a credit to you, because that means you’re not letting a lot of momentum go. Any of you could be flying really high, feeling really, really good.

And walk into a room where there’s something being projected on a screen that just would take you to your knees in horror immediately because your attention to a subject you’re going to have a strong response to it. But what you began by talking about was your steady, high flying disc connection to who you really are. And that’s really the most important thing.

And if that is true, and it is if you are consistently there, then any dips and vibration you’re going to take are going to be brief, and well that’s the most important thing. Ray, because you know how to get back into alignment relatively quickly. So what is it that you’re getting at here? Well, I was wondering, I guess what exactly was happening because the way that I described it as at first is that I felt that I had two different points of attraction. You do.

I had never heard it that way before. I had only understood it as my point of attraction is the one that I’m experiencing here. And I hadn’t heard before today that my inner being has like its own point of attraction. That’s why when you ask and it is given and your inner beings calling you all the way home into the full manifestation of it, and only when you allow yourself to receive the full manifestation of it. That’s the whole point of all of this.

Humans want to be so modest, and you want to be so spiritual and not material. And so you say, Well, I don’t need the manifestations and we say you don’t need them. But that’s what you came for. You came as creator to see your thoughts all the way out. Right. It’s very exciting. It is very, I’m very excited. I feel good. That was a good conversation to have with everyone. You feel clear about something now. I mean, I do emotions or guidance, aren’t they? Every time yeah, they are not doing what yet.