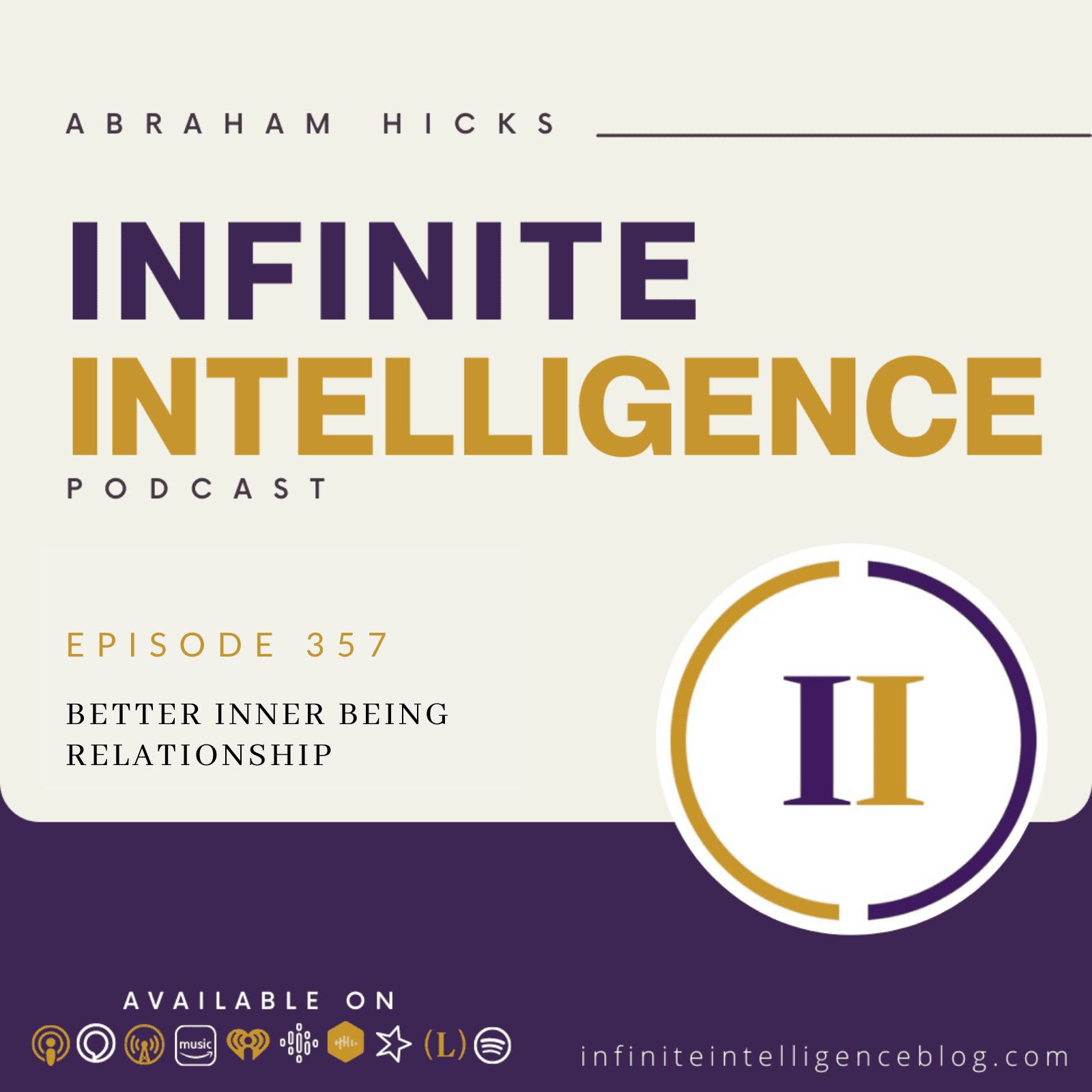 First time in the hot seat, nervous, I want to understand how I can enhance my relationship with my inner being. Well, it’s a good segue. Here’s the easy answer, don’t do that thing you do that doesn’t stop doing that thing you do because your connection with your inner being, it’s like a cork that you hold under the water, when you let go of it above, right back up, and you’re connected. But when you hold it under the water, then you have resistance. But when you let go, it pops right back up.

How much time do you have in a day when you’re not asleep to focus? And during that, what we’re calling your airtime your broadcasting time? So what are you broadcasting? Are you complaining? Are you finding fault? Or Are you praising Are you appreciating, and you can’t go from finding fault to appreciating all of a sudden, no one can go cold turkey like that. Law of Attraction won’t allow it. But when you sleep at night, that momentum stops when you sleep at night, all of your engines are at rest.

And it isn’t until you wake up and start thinking again, that you get those engines activated again. And so the best thing that you can do is go to bed and say to yourself while I sleep momentum is going to stop. And when I wake up, I can broadcast intentionally. And as I choose things that feel good to me, and I stay there long enough that momentum can get going, then I will have a better opportunity to and what the process really is, is bridge beliefs that are hindering.

You see a belief is just a thought that you continue to think and some of your beliefs hinder your current desires. So we were talking about earlier, I want this, but I don’t have it. And I want this, but it’s hard to get. Or I want this. And I hardly know anybody who has that when you realize that your thoughts matter. And that how they feel indicates whether you’re going with the flow of your desire or whether you’re in some kind of resistance with your desire, then you can be more deliberate about the things you say. Sometimes people try to monitor or limit what they say out loud.

And we say, doesn’t make any difference, whether you’re saying it out loud or not. The universe is not listening to your words, the universe is responding to your vibration. But by the time you’re saying it out loud, there is quite a bit of momentum. So saying it is a stronger manifestation, then thinking it and the thought is a stronger manifestation than the subtle vibration around which you’re having a feeling. So we don’t want you to monitor your thoughts in the beginning, as we talked to you about this body of work week for a while called it the science of deliberate creation.

And we especially like those words, because science meaning ever evolving, deliberate meaning doing it on purpose and creation, because you are the creator of your own reality. So we thought those words fit together really nicely. They said what we meant them to say. But then you studious wanting to get it right, the humans began taking your thoughts and words so seriously that you were afraid that law of attraction was going to get hold of them and run away with them right away. So you’d say cancel, cancel, try to suck the thoughts and the words back before law of attraction got hold of them.

So then we began softening that by explaining to you that this is the art of allowing the step one is already done. You’ve already asked step two is already done, sources answered. There’s a vibrational reality now you’ve got to line up. Now you’ve got to relax and chill out and be nice to yourself and get into the receiving mode because if you’re not in the receiving mode, then you can’t consciously and deliberately translate any of these vibrations to thoughts and thoughts to things.

We told a story the other day and you might not like these lions stories and things but Esther was sitting in her living room looking at a quartz wall with light shining down on it. It’s a tile quartz and she was just loving it so much was so interesting. Looking at it from a different vantage point and appreciating it so much. Appreciate it in an inordinate amount of way, in such a way that some people might call her worldly and materialistic that something like this wall that she’s looking at could be giving her so much pleasure. And she actually contemplated Why is this so pleasing to Me.

And as she relaxed and allowed our flow of thoughts to move through her mind, she remembered that Jerry and Esther wanted some sort of rock wall in this living room, and they went to the rock quarry and specifically chose rocks that they thought would be just right for it. And then the men brought them in a truck and hauled them to the property and then the rock Masons created a sample wall for Jerry and Esther to view. And this took place over quite a while because Jerry and Esther were commonly out of town for four or five months, they were driving the bus and they were on the East Coast, or they were driving the bus and they were on the west coast.

So then a few weeks or months later, Jerry and Esther drove back saw the sample wall, and it wasn’t what they had in mind. So while they were in town, they went back to the rock quarry and picked some different rocks and the nice men hauled them out. And while they were gone again, they build another sample wall. And when Jerry and Esther got back, they said, this isn’t quite right, either. It was too rough, it was not soft enough for interior and Esther didn’t like the big cracks in it.

She didn’t like the idea of insects making their nests back in there and so forth. And so again, they went to the rock quarry and found some other rocks and brought them back again. And this took place over a period of about 16 months. Other things were being done. The job wasn’t being held up. But Jerry and Esther had a picture of what they wanted sort of kind of, but they more clearly knew what they didn’t want them what they did want. You know how that goes.

Then one day they were in Boston, they were at the Marriott on one mile road. Esther remembers it vividly. She can see the parking lot and she remembers walking in to this restaurant and walking back in the restaurant. They were sitting and Jerry was facing Esther and Esther had her back to a rock wall. And all of a sudden Jerry’s eyes lighted up and he said turn around.

And Esther turned around and he said that’s what you’re looking for, isn’t it. And it wasn’t rock it was tiled, it looked like rock. It was rock facade it was rock. But it wasn’t very thick rock but it was tiled it had been made to look like dry stack. And there it was, it was beautiful. It wasn’t the stone exactly that they wanted. But they got the information, they were able to go to the place where they were able to find it. And then their contractor and carpenters were able to further wall out because the rocks that they were putting were very big in this title wasn’t.

And now Esther is sitting and seeing the culmination of all of that. So this is what we want you to hear. When you have sifted through data and put some desires into your vortex. There’s momentum that when it manifests is going to be really pleasing. But with all of this sifting and sorting and knowing what they didn’t want, and therefore knowing what they did want and all of the cooperative components that were coming together, and then the inspiration to be in that place to be in that place.

And to see that. And then to follow through. In other words, the inspiration. Everything that came before is now culminating with Esther, just a few days ago. She’s sitting and admiring not just what seems to be a physical manifestation. This is the point that we want you to really hear. Esther’s appreciation was not only about the manifestation that looked like it was in its final form. It was about everything that led to it.

Your manifestations are so meaty, and so rich, and so full of all that you are one day Jerry and Esther were visiting a friend who was a magnificent artist. She did tempura paintings, which Esther didn’t understand. She had never seen them before. She had never really studied them. And Esther was in her gallery, looking at all these beautiful paintings. And she said, Doris, how long did it take you to paint this magnificent painting, and Doris said 73 years, because that was her current age.

And she knew that everything that she had lived had manifested into that you sort of get what we’re talking about. And so your moments in time are so important. Your moments in time had so much momentum going. And so the work isn’t once you get into the action, that’s not the work.

The work is the finding of the mood, the finding of the attitude, the finding of appreciation, the finding of the compliment, but it’s also knowledge isn’t it is knowing about law of attraction, it’s knowing that you have a vortex of believing in the validity of the vortex is believing that what you’ve asked for has been given and now you get the fun of watching what’s already been given to you, be translated by you, by you in your aligned state. into the physical equivalent so things don’t just happen to you you massage them into place that energy that you are molding with your thoughts is just like the sculptor that is molding the clay with their hands.