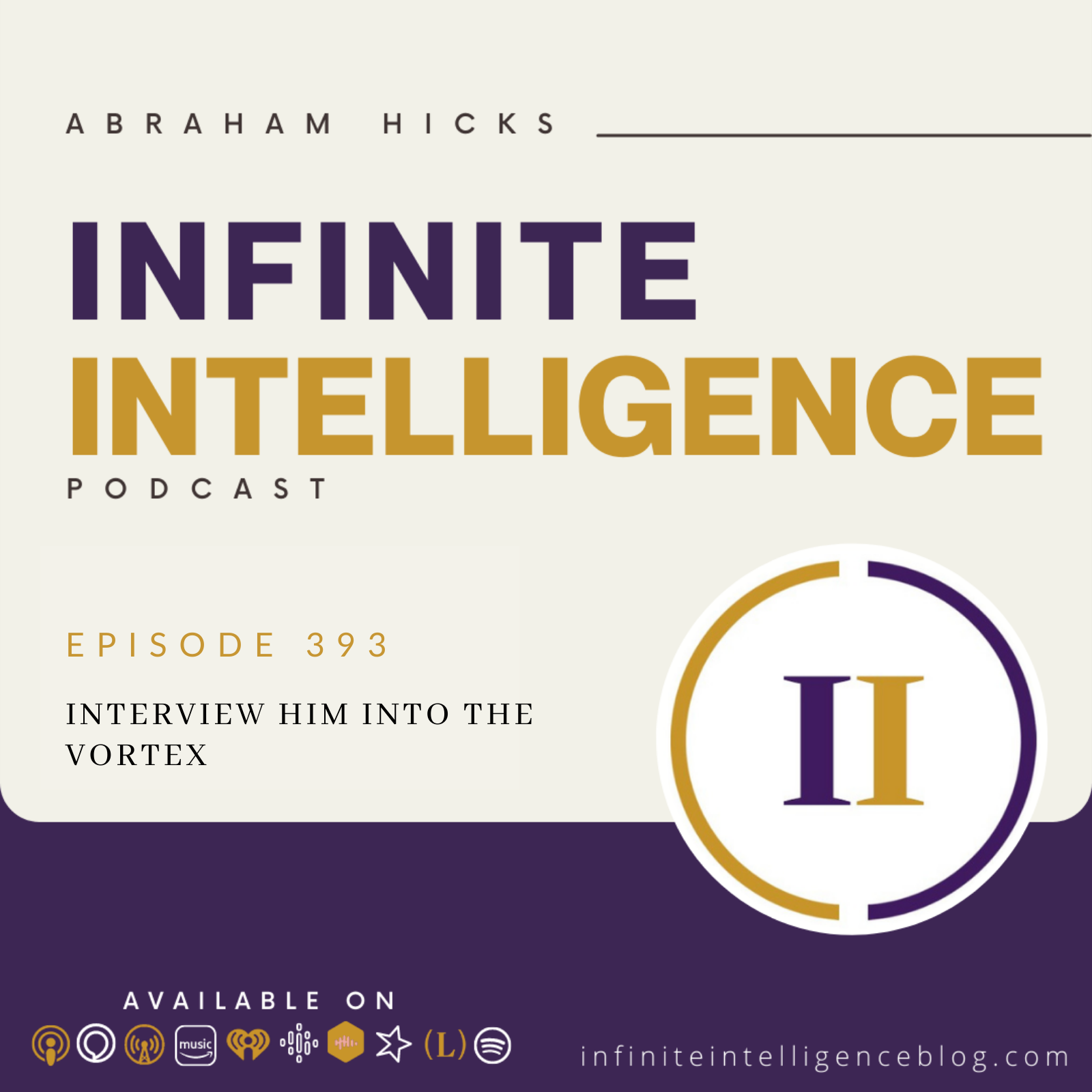 I would like if it pleases you to interview me most directly into my vortex. Say it again with more description. If you would interview me into my vortex. I really feel I’m here already. And so I’m kind of seeing like a going through. And as you said, we are contemplating the power of your question, because, first of all, it’s a question that has not been presented to us in that way before.

And it holds these pieces of information that are really important, you accept the existence of your vortex, and you understand that we are already in there. And it also considers the important piece that you want to be in there. And so when you say, interview, do you mean invite? Do you mean coerce? Do you mean more than that? Do you mean entice?

Do you mean? Well, this is important to understand, because you see, your vortex is already doing that to you and your intervene is already calling you. So what you’re saying is, I don’t think that I’m able to feel the enticement of the positive emotion. I think I need more convincing through words. Okay, thank you. So what I’m more accurately mean, is I guess I’m inviting you to play with me. And let’s dance around the vortex as a finale. You want to I want to rampage with you. We’re gonna play with you. But you say this vortex is really an important topic. This is an all important topic.

But we just want to be sure that you mean what you’re saying. Because this is a little tricky. Most people are living much more conditional lives than they mean to live. You don’t think you’re one of them. I’m sure I am at times right now, in this moment, I don’t care. What we’re getting at and we really want you to pay attention here. Not really, we range you can just be wherever you see why this chair is not so good. This is a learning experience for you. So the existence of the vortex is the most important topic that we could talk about. And your understanding that the vortex is a real thing is a very satisfying.

The thing that is keeping most people from having a more real relationship with their vortex is that they are so caught up in what is because what is is so enticing because what is is so delicious, because what is can be translated by all the physical senses. And sometimes what people mean when they asked us to do things like you’re asking us to do is they want us to make the vortex be as vivid and real as the conditions of their life experience. Because they are not able to use their emotional juices in order to connect with it. I hear that they’re asking for a crutch or a bridge or something that sort of shoots you in the foot.

Because, yeah, in my perception, I’m here right now onstage in Dallas, Texas with you translating all this energy to me. I’m not remotely concerned about the cat like massive lists of desires. I’m just so concerned with feeling juicy and good and giddy and goofy with you right now. I’m not even saying that I feel like I give the impression that we’re anything other than doing that. But I’m, well first of all want to start by saying that we get you completely but we also want to have this conversation with everyone that everything requires momentum.

So when you say to us, I want you to invite me or solicit me or entice me into my vortex. We want to say to you that that’s been going on for a very long time. And at this point in your understanding of this you’re more likely to put the words to it than we are specific words to it. So you start, we’ll jump in, and let’s see what happens. I love feeling good. Oh, it’s so easy. All right. I am elated to have the awareness of, you know, we’ve learned through time that volume doesn’t really help. I get so tickled, you get inspired to these very loud states.

Thank you, it feels good to feel calm as well, we see no evidence of that. In fact, what we see is F 13 disguised as enthusiasm. That’s an interesting point, because, uh huh. I catch myself in these things from time to time. And it says, though, I’ve been I’ve, which is sort of what we were wanting to say about the vortex inviting you in, it will invite you. In other words, there’s no fanfare, it will find you right where you are. And it will call you if you will let it call you.

But when you want to jump to the heightened enthusiasm first, often you missed the call. And then you’re doing what you think you mean to do, but you’re actually doing the opposite of what you think you mean to do. And so it is that Comber solicitation that you hear, that is really what you’re reaching for. So we would use words about your vortex that are calmer and more general in nature to begin this conversation. Words such as Sure thing, words such as absolute.

Now, these are general words, whatever you want, is yours. There is nothing that is off limits. And it’s all a sure thing. There’s no urgency, there’s nothing that needs to be done. Because in fact, everything has already been done. You lived life, you did the sorting and sifting. And you did the asking, and the asking was heard and received and has been being tended to and law of attraction has caused momentum to come and the cooperative components have been gathered.

And so there is no urgency, you’re not gonna go to the dock and your boat has already come and gone. It is a sure thing. It’s big. And it’s certain, and it’s expanding, and it’s growing. And it belongs to you. It has all of your DNA connected to it has all of your vibrational rockets, all of that encoding that you’ve put it, it’s there for you, it’s there. And there’s no urgency about when you allow it or how much of it you allow it at any point in time. It’s there. It’s like a fruit that is ripe and ready to eat and in a holding pattern, that it will always remain ripe and ready, it will never get green again.

And it will never rot and fall off the vine. It’s always there. It’s right there for your plucking. In other words, it’s ready for you to be ready for it. Now how do you get ready for it? Sometimes you’re ready for it, just because you feel interest. And so you meet what’s there with a sort of soft interest in something. And then these nice thoughts begin flowing as you allow them to flow.

But if you jump there before you’ve naturally evolved there, then what happens is there’s this lopsidedness in your energy that we translate into physical words as just trying too hard. You can’t hype this, nor do you need to hype this, this vortex is a short thing. It’s a short thing. It’s certain the things that you want that are there are certain, and they are not holding off on revealing themselves to you. They are in fact revealing themselves to you, but you must be the Realizer of what’s being revealed.

So it’s like the broadcaster of the big tower out there that is broadcasting 50,000 watts or whatever it is these days. That’s a constant that has always been broadcast. But you have to tune your tuner to the signal so that you can begin to receive and you don’t need to hear the full blown ending result of all of it. This comes with catching and appreciating the essences of the things that are arriving Yes.

Well, the essence first but then it goes quickly. Once you’re in that receiving mode, it moves quickly beyond essence, it moves into ideas flowing ideas that are really pleasing to you. It moves into conversations that you begin having with strangers that are right on the subject of what you’re wanting to talk about the cooperative components and what you want to call the coincidences just keep showing themselves to you as law of attraction is always working on your behalf to give you more and more and Not because you need that in order to make it happen but because it is satisfying as it is unfolding within you along the way yes.