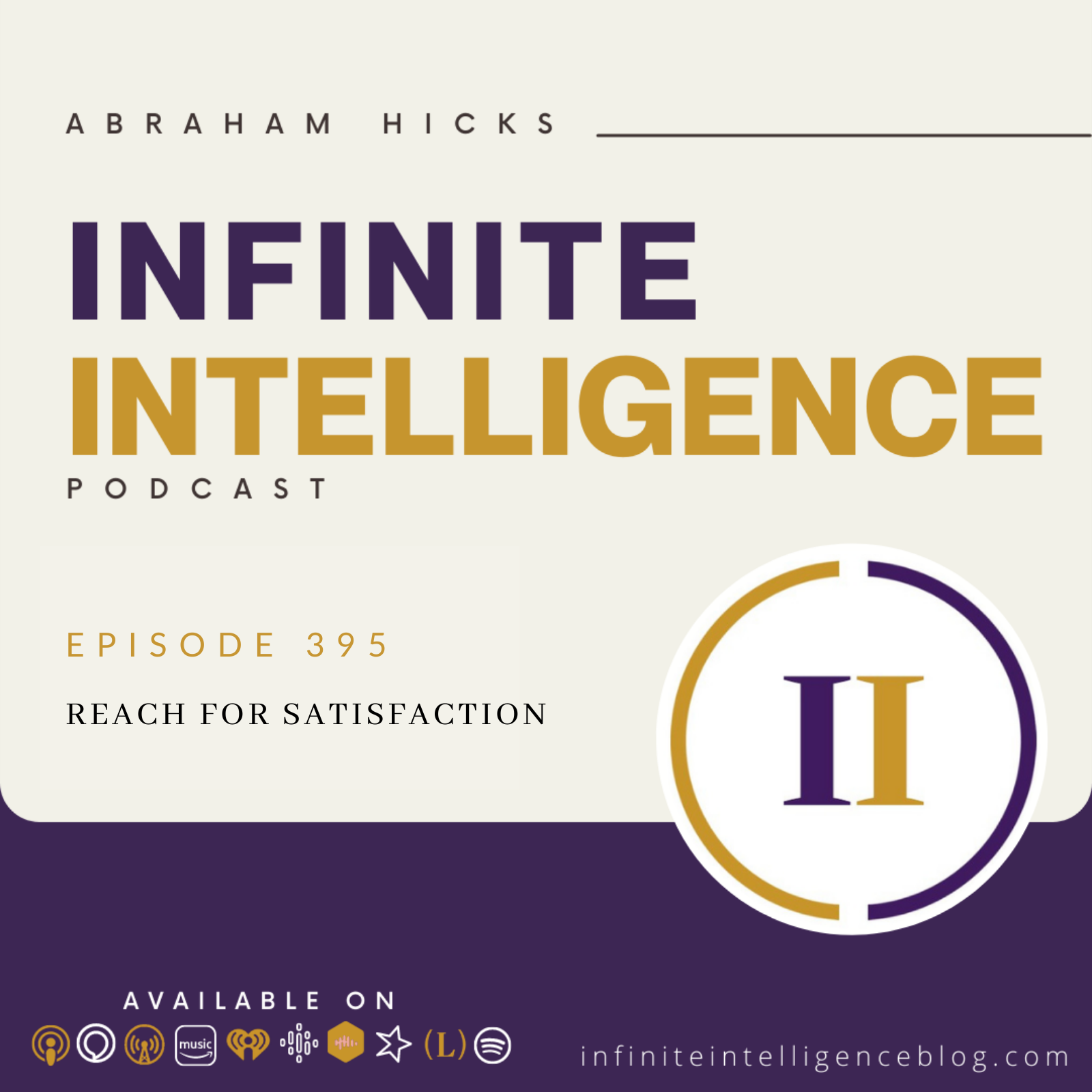 What you’re really reaching for, there isn’t anything that any of you want, that is for any other reason than you believe that you will feel better in the having of it. So the success that you’re reaching for is joy. But we want to step back from that momentous word, or that word that has so much momentum. And we want to start with a word with a experience that you can accomplish also much more easily, for just a little while, just give it two days, maybe three.

If instead of reaching for success, or even joy, you will let your quest be satisfaction, I want to feel satisfied, I want to feel satisfied, because your inner being will give you right now as much as you’re able to receive. So that satisfaction factor will increase more and more and more. In other words, ultimately, once you get the hang of this, you’ll be much more satisfied and passion than you would in contentment, the satisfaction, it feels way better. If you’re moving down the highway, going 100 miles an hour and you hit a tree. It’s a big problem.

If you’re going five miles an hour and you hit a tree not such a big problem, because the tree is the resistance. So we don’t want you to go faster than the absence of your resistance allows you to go naturally. Don’t try to hype it up. But just feel for a little while the difference between being satisfied, and being successful or being satisfied and feeling appreciation or love or passion. Just let yourself be satisfied. Because what that means is the softer simpler thoughts will feel better lay in your bed as you were describing.

And rather than trying to write a song or write a book or solve the problems of the world, just lie there and feel satisfaction and how comfortable your bed is, or how good the room temperature just look for evidence of satisfaction. Look for evidence in your now of satisfaction, just evidence of satisfaction. Esther loves this rug. And she can hardly believe that this rug gets to go to every city. So she gets to stand on it just about every Saturday. It’s so satisfying to have this rug with Esther, Jerry and Esther found it almost 30 years ago. They didn’t haul it anywhere for a long time.

It just stayed there no matter where they were. Now this rug goes everywhere Esther goes just about and it is so satisfying. Now, it seems silly to focus on something. But you know the fringe was never trimmed right on this rug. It never was. But it’s so satisfying, because it looks just like it always looked. It’s from Iran. It’s a Tabriz, it’s a famous pattern. Sometimes you see it on television, Esther sees it every now again, in the White House or some places where they probably don’t know it’s from Iran.

Usually, for those of you who are just starting with this, about three days in a tipping point where the thought will turn to a thing to an experience to an exposure to an encounter. To $22,000 Check in the mailbox. The Tipping Point is so much closer than anyone knows. Because it’s a rare one of you who is willing to stay satisfied long enough to let your thoughts turn to things.