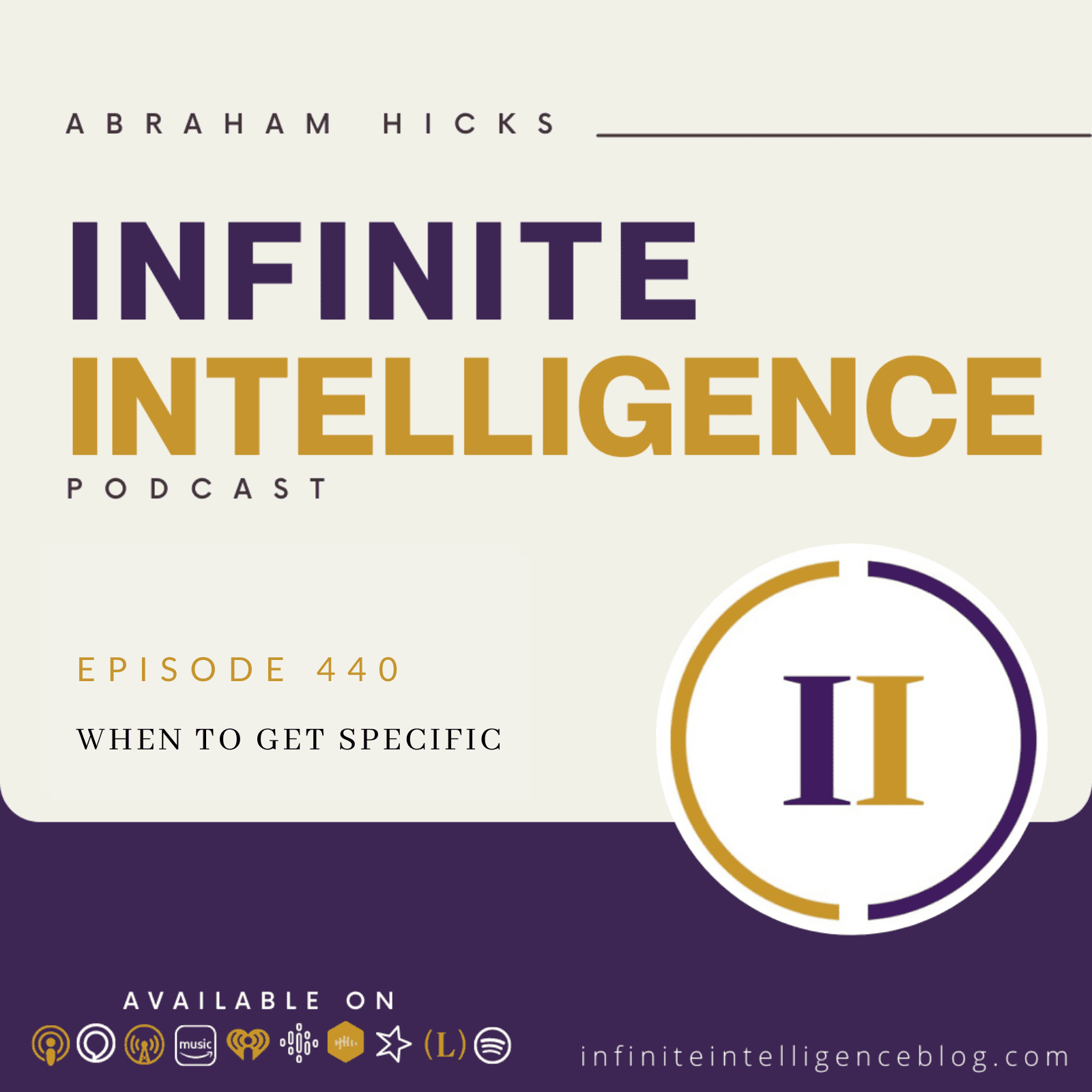 So now, so first, my desire is supposed to be general, it should be not specific, right? So when I get, here’s the thing, if it isn’t working, if there’s not satisfaction for whatever reason, then you’ve got to go more general. And that’s really what we’re demonstrating by going back to meditating. So as you go more general, and then the general, it will become more and more specific, as more and more momentum ensues.

But if you start with making it more specific out here, where the boats already Rocky, then the more specifics will be more of what you don’t want, where if you start back in the general place, and you let it build again, then you’ll build a foundation that is solid, and the more specifics will be in accordance with the foundation, that makes sense to you. Yes, and the gods are right, and I have some small business and desirable things happening, right. And instead of concentrating on them, I’m trying to concentrate on positive things exists. Here’s the thing, if you’re looking at the manifestation, and you’re saying, well, that’s positive, that’s negative, and that’s positive, that’s negative.

That’s all that’s active in you. And then, because that’s all that’s active in you, the negative aspects have to fall away. In other words, you’ll know what to do the path of least resistance will be so obvious to you. Because sometimes those negative aspects that you see are modifiable by your strong energy. In other words, who’s holding the energy of the room? Haven’t you noticed that, if you are tuned in, tapped in turned on, and you’re in an environment with others, this powerful influence of alignment can carry a meeting that can carry a situation, everyone becomes more brilliant, everyone becomes more loving, everyone knows what to do.

But if you didn’t get there first, and you just sort of wandered in a room because you’ve been assigned to be there. And now you’re taking score of what’s already there. And there’s some of this and some of that, and some of this and some of that you didn’t really bring any power of your own. And now whatever energy is squeaking the loudest will be the energy that controls the meeting. You have so much evidence of this happening. How can we talk more often? Without following Esther all over the US? How can I hear your your answer more often, it feels it only got one and we just gave it to you.

By this recording, and just listen to it, there isn’t a long list of things that you need to keep learning because the basics are the same. You’re asking and source is delivering to you and you just get into receptive mode. And if you say am I happy you were use words like love, you don’t know if you’re offering love or not because love is so scrambled in your vibrational brain. There’s been so many times that you’ve thought about love while you weren’t feeling that while you weren’t in alignment.

You want love from somebody that’s not giving it to you. In other words, love is sort of a word that you probably shouldn’t say anymore, because the vibration of it’s kind of all whacked out, you see. But when you think in terms of satisfaction, you can tell whether this is a satisfying moment or not. You can tell if it’s satisfying, stick with it. And when it stops being satisfying, then change the subject or release yourself back into your day.

So this is the dance that you all are doing. We love you so much that you’re out here on this leading edge doing this dance, you came as pure positive energy into an environment where you were almost forced, you weren’t forced. It was the world into which you were born you were forced into observation of manifestation. And the manifestation that you’re observing has all kinds of wanted and unwanted things in it. And then bless your hearts.

You spent your whole life trying to sort out the wrongness and the rightness of these manifestations. And that’s why we say you just can’t get there. From there. You got to get back to the center of your true heart in order to understand what you’re seeing and why it resonates and why it doesn’t why this feels so wonderful and why this feels so outrageous. And anything that feels outrageous and off is off because your inner being isn’t seeing it the way you’re seeing it. You see. This is how your guidance system works.