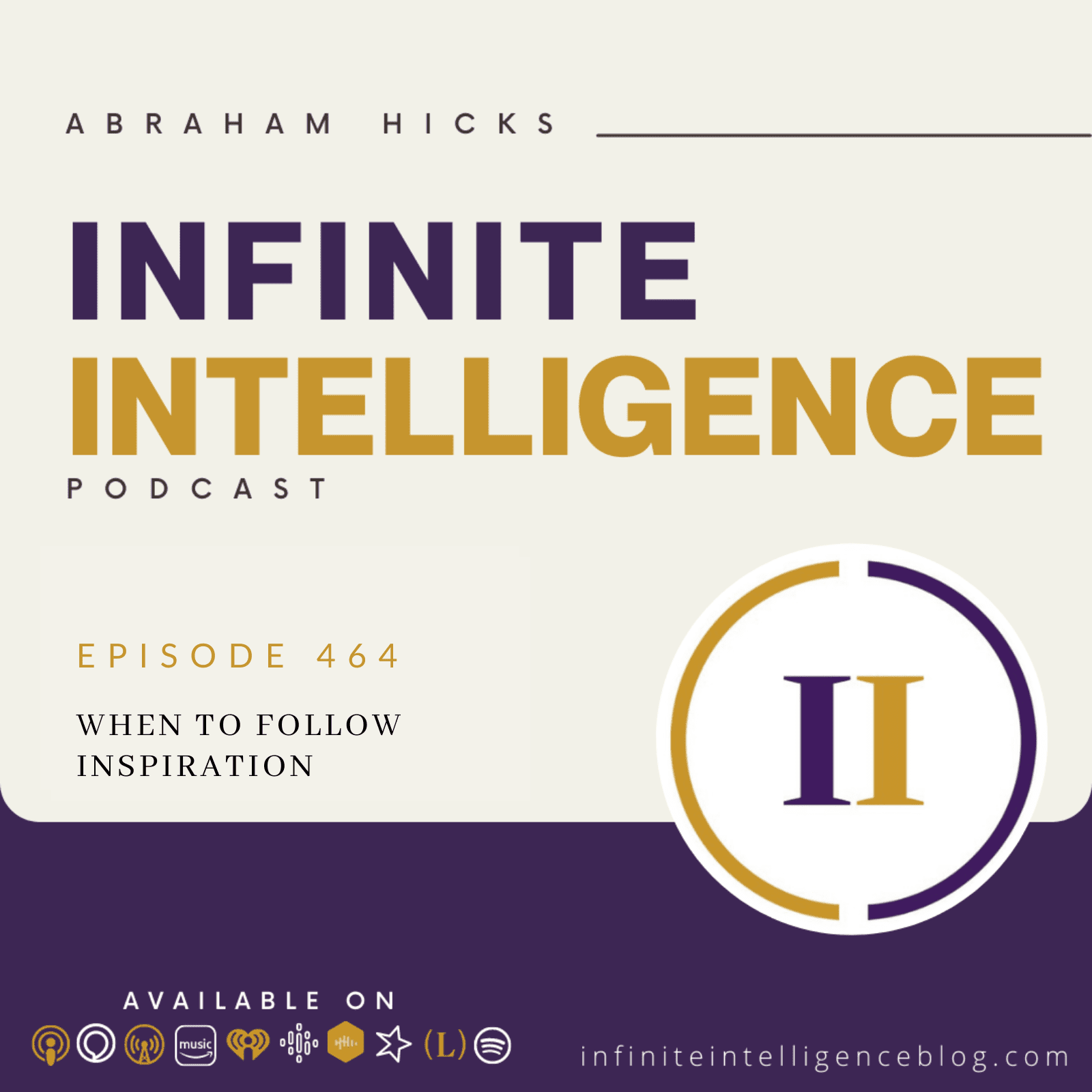 Hello, I was here about one year ago in the same situation. And after I came up here, we had the most glorious vacation, start off one day here, and then two days here, Monterey, and then four days in Disneyland. So we actually wound up. So I’m kind of interested to see what happens this time. So a little bit better than Disneyland. And we’re not putting that down. That’s just old news. But my question is, I’m clarity on inspiration, I get these thoughts that come to me, and they’re not overpowering. And there’s kind of subtle.

And I want to wait and make sure it’s clarity of is something I should follow, or should not follow. Let you see, when you’re really in a non resistant mode, you’re not trying to make those decisions, law of attraction is making them for you. Okay, hear that. Don’t try to think too much about it. This phrase will help you be the receiver of the thought not the thinker of the thought. If you’re thinking about clarity, then you’re too in your own way. So just sort of backing off a little bit and let there be clarity in this isn’t quite the right expression. But let there be clarity in the smaller thought.

Let there be clarity in the softer vibration, but sustain it long enough to let the momentum of it increase. So basically, you just keep thinking about it. And we have some questions. Okay. Yes. So would you rather have a simple, clear thought, or a sophisticated, resistant thought? Simple, clear thought? Well, you’re very wise, what do you think most of the world means? Most of the world would rather have a sophisticated, big time robust, let’s think about it all fault, because that means I’m smarter.

And that’s why this is too. And so if you start with a simple, but satisfying premise, it’s going to get bigger and faster moving and more complex and more sophisticated and more dynamic and more moving parts involved and still be clarity. So clarity is about absence of resistance. It’s not about speed of something, it’s about absence of resistance. Most people analogy we were using a little while ago, it’s like you think about what you want, and it’s like you’re on a flat land, and you are a train and you put an engine going that way, which represents your desire.

But then you put an engine going the opposite way, which represents your belief about I want this, but I believe this. So now you’ve got two equally powerful engines going in opposite directions, and you’re not going anywhere. Well, when you don’t go anywhere, most of you, it causes you to want it more. So you put another engine over there, which causes you to doubt it more. So you put another engine over there. So now you got four really strong engines. And that’s the way a lot of people live their life until they’re so exhausted that they just give up and then the engines of desire, carry them for a little while until they come back to sanity and begin shooting themselves in the foot again with their objective practicality.

If you had any idea how many of us are in on this evolution and expansion of your vortex you chill more you would you chill more you try less you’d suffer less you complement more you’d criticize never. You’d look for reasons to appreciate you’d meditate every single day of the world.

And bring yourself into alignment with who you are so that you could start this day in the sequence of who you really are you say, and then you could turn on your television and you can see all have those wonderful people having all of those step one moments, and you would bless every single thing that they’re living because they’re filling the vortex full of all of the things that you are now the receiver of.