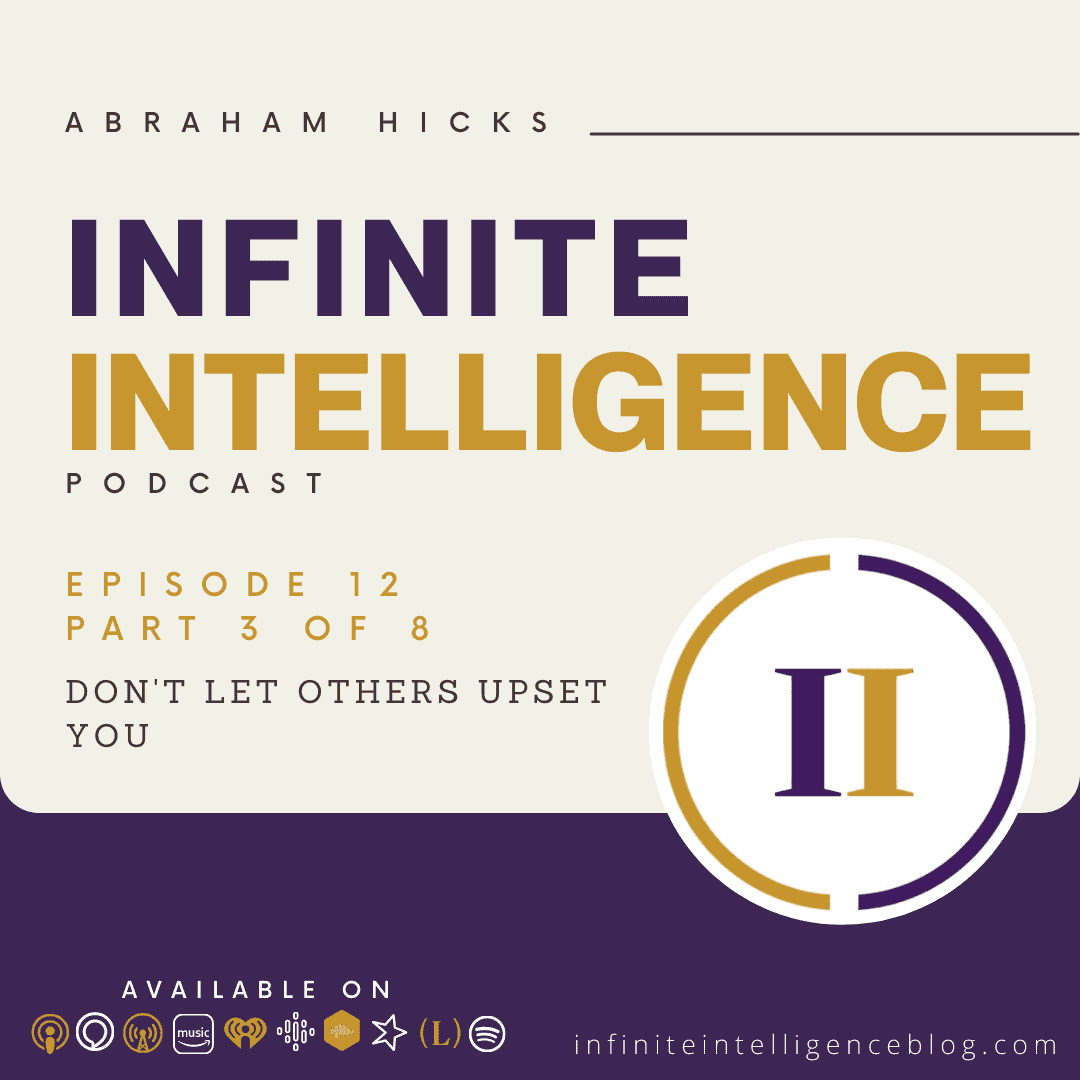 I am having the most incredible, unbelievable wonderful get in there and don’t call it unbelievable ever again, expansion alignment manifestation, so you don’t really mean unbelievable. Do because if you didn’t believe it it wouldn’t be half it’s it’s the fourth gate forth, but more specifically, if you could help me understand, you touched on it several times today the things that have happened due to this incredible awareness.

If, if, if I can call it that has been the manifestations that have happened because there was no resistance, even though everybody else thinks I’m nuts, not everyone true. So the d generalization of the thought: I’ve, never hadn’t health problem and this definitely and as away as it unfolded, was in vibrational alignment to the things that were going on, but because it was so extreme I didn’t affirm. I didn’t have anything that I needed to focus on.

I was in bed for three months not being able to see your mover people would say it’s not possible, but as everything started to become more clear it just everything that had ever wanted popped immediately with no effort. So the thought: what do you? What do you think the method or secret to your letting go of resistance was not thinking about it, not thinking it was impossible. There was no effort and why? What were you?

What were you doing to distract yourself from that meditating playing games? I use the analogy my son showed me here recently, but it was using ipad when I was able to focus again and it was a real fun game. It made no sense at the time, but it just sounded fun in that kind of looked fun, and then it wasn’t until he showed me the reasons why the things were happening. Did it become more clarity to become more exhilarating, because now I understood it so I used say one thing is to think it.

Another thing is to know it, but the experiencing it. I would never trade anything. That’s happened because of what’s happened because of it feels so incredible which, in that line of thought, is where everybody’s like. You need to listen to the doctor or you don’t need to do this and you don’t need to do that and more than I do it the better. It feels and the more that things happen and the more exhilarating it is.

So it’s that process of not thinking about it. I didn’t think anything. There was no affirmations. There was nothing that I paid any effort to four magnum. This is another example, not so different from the one that we’re just talking about where when you’re desire is really strong, even though you may have some normal resistance, if the desire is strong, it can override the resistance and then the combination of the meditating and the releasing of resistance in the plane of the fun game and other was those all go together.

You talk about it think about a lot, but most people aren’t aware of what they’re talking about and thinking about, because they are not relating manifestations with anything that they’re doing anything about, because there’s such a glut of information, such a glut of compost, nations such a glut of topics for you to focus upon you, don’t even realize, for the most part, that you’re being negatively oriented by the world at large the world that calls you nuts, if you stop doing that, and so without realizing that a lot of people become more and more specifically focused upon unwanted things, without even realizing it until a manifestation occurs.

That is evidence of what they’re doing. Well, then, we say that once a manifestation has occurred, the only way that the manifestation can dissolve or cease to be is if attention is withdrawn from it. But it’s not an easy thing to not look at something that is once an unwanted manifestation occurs. Having your attention on it is sort of the normal natural things the doctors look at it, the doctors really look at it.

They examine it fully with all kinds of things: they’ll, even look in places, you can’t look for it and- and they want to talk about to to you about it, so your nap because of who you are and what’s in your vortex and because of the influence of your son because of the influence of your inner being because of the influence of of the of the source within you of the healing energy within you, as you I found yourself specifically, is so specifically focus that you had a specific manifestation that that specifically erupted as you began to withdraw your and even though there was a full manifestation, as you began to withdraw your attention from it, you made it go from specific to less specific, to less specific, to less specific, less specific to so general to so general, too so general to sell general and then the next logical thing for you and you so wisely followed that guidance of the game, the guidance of meditation, the guidance of your sweet son right into more specific, more more specific off that topic, more specific off that topic, in other words, is this.

Is the this is the process of getting from wherever you you are to where you really want to be, and it doesn’t matter it doesn’t matter how divergent from who you really are and where you really want to be. You find yourself in any point in time you can always move. You found it in a natural, comfortable rhythm. So now you knew that before we said that to you, you sit here nodding your knowing so now what what are you wanting from where you’re now are so this understanding of the process?

It’s kind like I said one thing is, I think another thing is note. Note thing is to experience it why they have to up that this dream for me you didn’t have to, but it doesn’t matter that you did it didn’t have to, but most people most people think more about what they want when they’re living, what they don’t want, and so and that question that specific question: where does it take you out or in out it takes you out, doesn’t so so? Why go there? In other words and and how bout a statement like don’t know? Why doesn’t really matter? It’s been quite a ride.

I lie like where I’m at absolutely and and look at look at all of the other things this is someone talked about this earlier. Are the things in my vortex that I want so much that I’ll set myself up for negative experiences to get there, in other words, relationship with your child, really enhanced relationship with your inner being really enhance your confidence level waste stronger than it ever was your zest for life in a much stronger place, and there was your ability to teach much more compelling because you can’t teach what you don’t know and you know it on such powerful levels, and so there’s so much that you wanted that that so we like to say, if you got some negative emotion going on and you don’t notice it don’t worry, it will get bigger. You don’t deactivate it when it’s generally will get more specific.

It’s just the way the laws of the universe are. If you’ve got something active, it’s gonna get bigger, and so the sooner you deactivate unwanted thoughts, the better. We really really really really don’t want any of you to be afraid of your thoughts in the early days when we we were talking about. You are the creator of your own reality and you get what you think about whether you want it or not. People buy the thought that cancel cancel, that they suck it back before the universe got hold of it, and it’s it’s just not that it’s just not that treacherous. It’s not that dangerous and the worst thing that can happen when you focus on something you don’t want. Is it it’ll get big enough that you’ll get clear that you don’t want it?

In other words, there isn’t anything that has the power to take you over and have it’s way you nothing and, and unless you just give into it and call it call it call it. What are the words it is? Are certain or it is lethal or it is it is it is incurable or it is in other words, there are so many bogus things. People take snapshots of people when they’re out of the vortex and make whole big monuments about suffering and and then and then call those who refuse to look silly.

I’ve heard you say that when you’re going a hundred miles an hour and you hit a brick wall, it hurts, I would say: okay, I tend to live on the edge I always have, but then so has been the manifestations that I’ve been able to enjoy. Well now now what would you like to reframe the way you’re going about this and say I really like to go hundred a hundred miles an hour when, when the when the forest is clear and that brick walls are not there?

Why do you do this? Because it feels good? We have to say to all of you that you would all rather have negative emotion than no emotion, because in negative emotion there is awareness of movement and you have come as creators and so you’d.

Rather, in most cases, and and this is the reason that it’s a little bit tricky for us to convince you that as you, deactivate, you’re gonna go through some slow times, because you’d rather go fast, even if you’re hitting trees, because it because it makes you feel like you’re, getting something done until we are able to convince you that you’re not getting it done through your action, you’re getting it done through your vibration and you’re natural vibration will become robust as soon as you lower resistance.

If we can convince you know, there’s introduce resistance to anything and watch it slow down anything any subject. It doesn’t matter what you’re talking about it’s momentum or inertia, whether it’s a car driving down a road. If you introduce resistance to anything, it slows it down and sell. If you really mean what you’re saying that you like to go fast, then isn’t the answer? Not effort in the answer is releasing resistance and we promise you you’ll go fast.