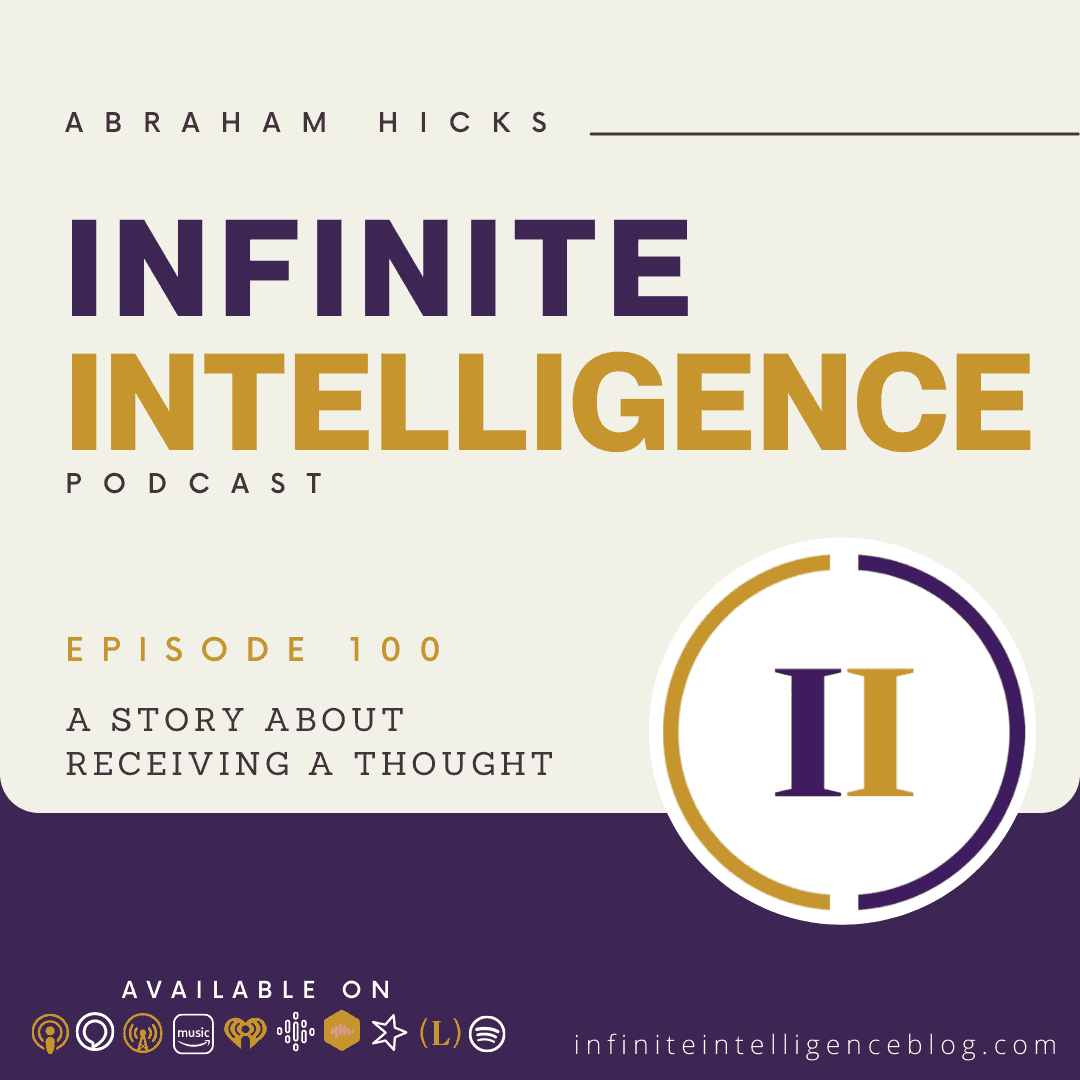 I had an experience recently, where I was walking in the woods, my wife and I in a dog. And a thought came to me, I received a thought, Yes, I received the thought, because I was in the receiving mode. And I was thinking of something that is going to happen in the future. And the thought was, that’s how you’re going to make money? I have no idea how I just know that that thought said that. Situation is going to bring money into my life. And I don’t understand. Or do I need to? You know, I don’t want to ask the how, I want to ask, I know why.

Well, here’s the most important thing about this, we like beginning here with the subject of the receiving mode, because when you acknowledge that you’ve already created not just the idea of what you want, and not only the path to what you want, but all of what you want. It’s just a matter now, of you settling in and allowing yourself to be a vibrational match to what you’ve created enough that you can begin to incrementally realize it.

So when that thought comes, and it feels like the first of course it isn’t, because much has been going on. Much has been going on long before that thought occurred. Recently, a woman said to us, Abraham, I really want $100,000 So that I can travel. And it was clear that she really thought that once the $100,000 got there, that she would begin her journey. And we wanted her to understand that that journey had begun so long before the idea of the money.

So long before there is so much that has gone into the vortex and there is so much momentum that is already underway. And by the time you receive a thought it is well underway, but we want you to not be so worried about pushing it into, as you said, a clearer idea of how or where or what or when just let the thought settle in and feel the deliciousness of it as you did feel it as something that you have received. And in this case, you might call it the beginning of so much more now beginning as the wrong word.

Because certainly it isn’t the beginning, but the beginning of my perception of what is coming. Now, the next thing that we want to say to you is that you all seem to be in such a rush to get over there to the combination of what you are wanting, when it is such a delicious experience, for the thoughts to unfold for you to realize them.

And this is the thing that we wish for you to settle in and enjoy, say things to yourself, like, while I was in the receptive mode, and I received that thought, and then recall if you can, how it felt when you received it, and then stand in anticipation of more thoughts like that, more of you receiving the path receiving the path, let’s put it in those words, receiving the impulse for the path.

Because we know in many cases, you think that you would really like it, if someone would just walk up to you, and hand you something that you really want, like a million dollars or something like that. Just walk up to you and hand it to you. But we want you to know that we know about you that while that is satisfying on some level, and it would maybe lead to some other things that you want to do you would have a good time with it.