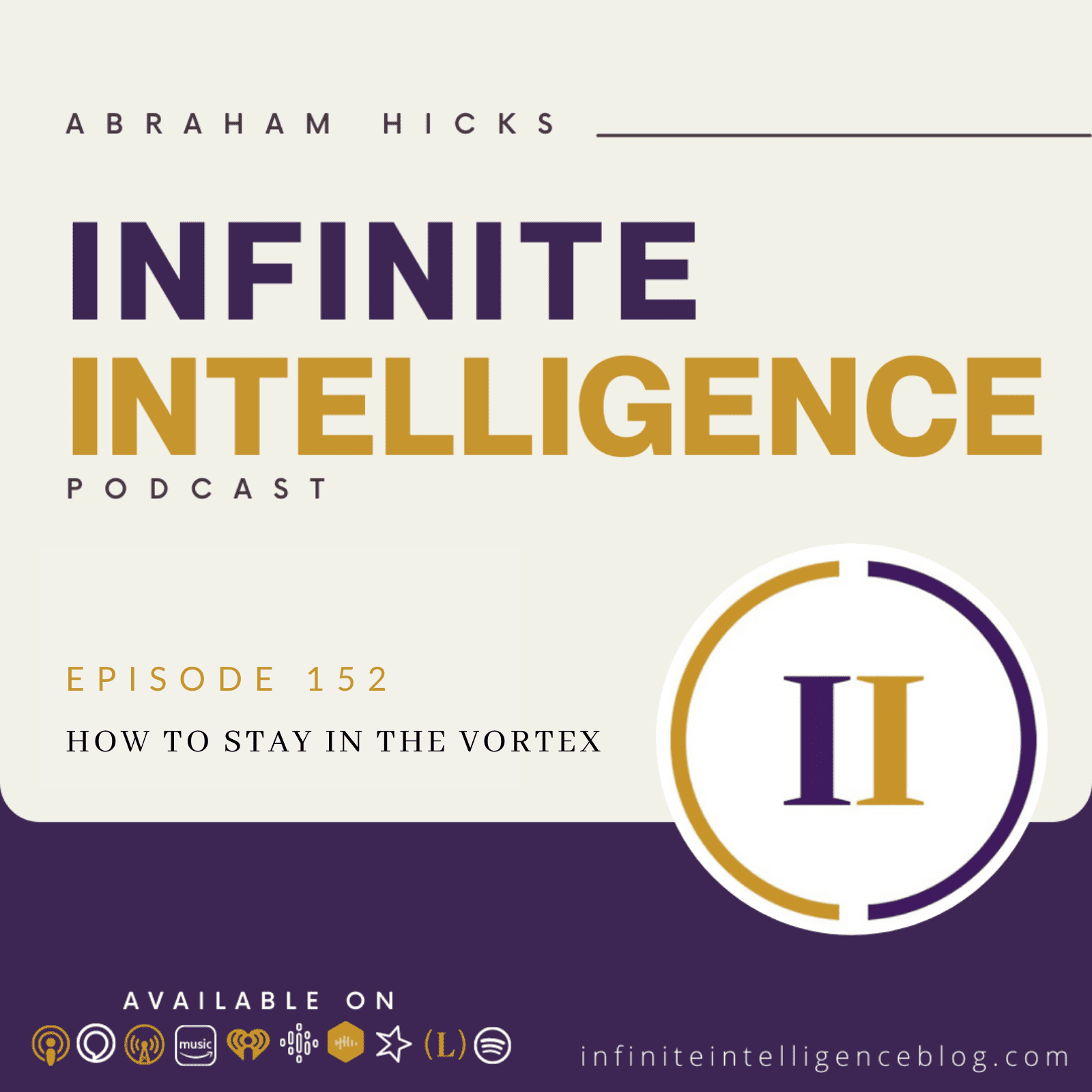 And then I just have one question about being in the vortex. And staying in the vortex like what our I don’t know, well as our explanation to all of you has evolved over time, the reason that we began talking about the existence of the vortex is because we wanted you to find a way of accepting the progress of your creation, before you could see the physical evidence of it. A woman the other day was talking about how she wanted $100,000. So she could travel. And we wanted to understand that there was so much more that had gone into all of that long before the money would show up.

So by the time an idea of something that you want is realized by you, there’s so much momentum that it’s like a short thing that once you realize you want it that it’s going to come about. So much has already happened before, but most people don’t realize that they think a desire that hasn’t manifested is far, far far away. But a desire that hasn’t manifested has all of this momentum of this vortex.

The way you maintain a better relationship with your vortex is by caring about how you feel. And when you touch the hot stove, acknowledge that it’s hot, and try to find a thought of relief. In our analogy, the way you take your hand from the stove is by saying something to yourself that makes it less painful. Be aware of what I’m thinking, be aware of what you’re thinking and try to find a thought that soothes you in some way.

And the best plan, the best process is to when you first wake up, acknowledge that you do feel good unless you do that thing you do that causes it to diminish. Because in the same way that this stove is hot, and we want you to try to find a less hot thought. When you wake up, you feel here. And we want you to try to maintain that thought rather than being willing to dip down into the thoughts that don’t feel so good. Because there’s a tendency to wake up. Esther, once we began talking about when you sleep your momentum subsides.

And before you know it, you’ll be so accustomed to this high flying vibration that when you’re not there, the slightest thought will feel like Chainsaw Massacre on your hand. The slightest negative dip will just feel terrible. You’ll just get so you cannot cope in those negative emotions at all. Just having a negative thought about someone’s like machine gunning them down. Perhaps you should have been warned on the discipline. Remember that you signed coming in.

But you can’t go back from this. Once you know this, you can’t go back. Once you sit in a room like this and your vibration rises to the degree that your inner being is pulsating, you’ll never be happy again, unless you’re there. Sorry, there was no warning about that. You can’t go back. And so that’s what makes us never worry about you. We know that once you taste it, you’ll crave it.

Because that’s where your inner being is, and that’s who you are. And that’s what you want and who wouldn’t choose clarity over confusion. Who wouldn’t choose happiness over sadness, or shortness over uncertainty, or thrill over depression? In other words, of course, that’s what you want to say. Say just take it a little bit at a time. Stand next to the horse for a while. Let it breathe its happiness in your direction. Lean on it if it’ll let you then climb on.