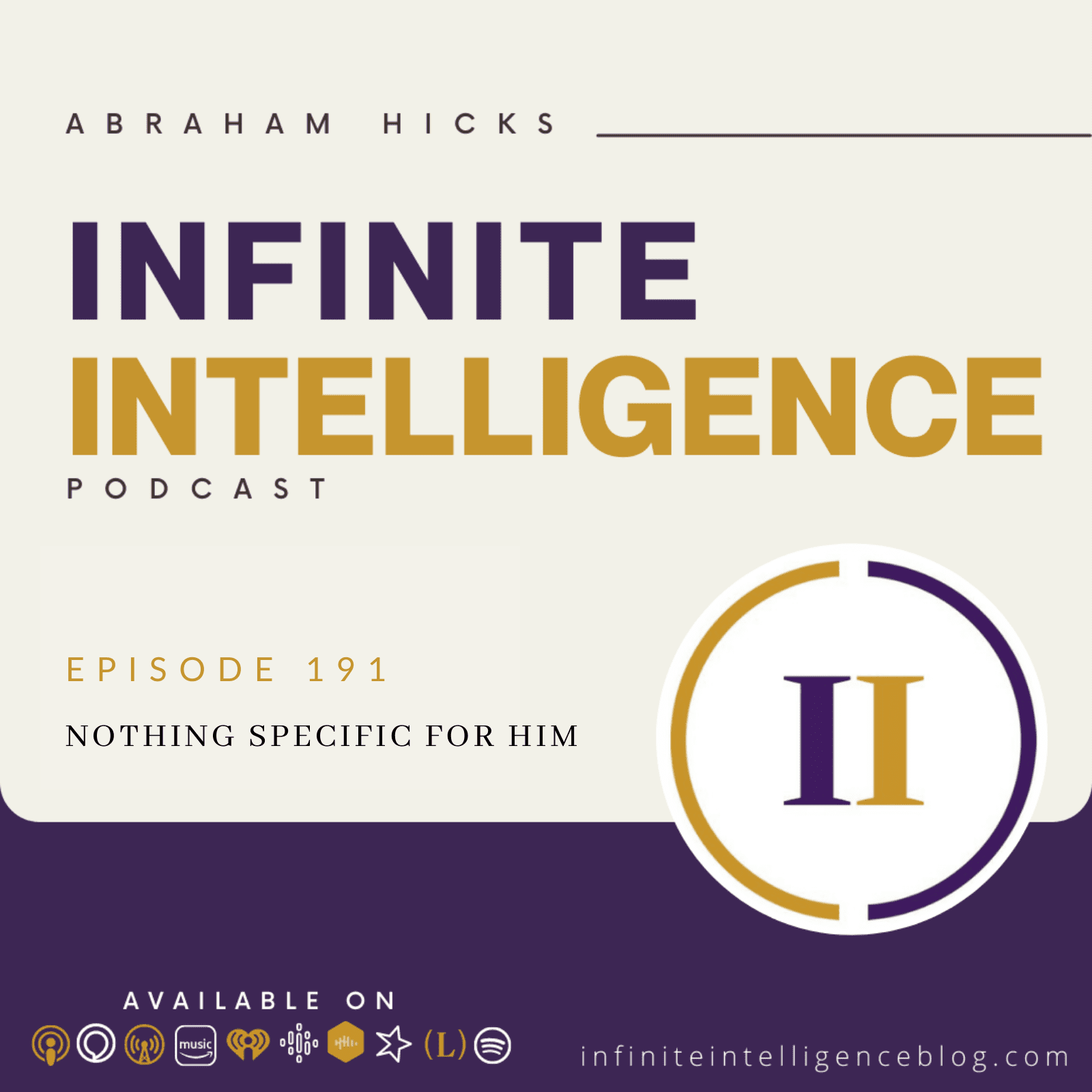 I don’t really have a question. It’s just that just I’m really grateful to be here. And if I could have something I would like, if it’s possible, if you could do like, Listen to yourself. If I could have something get out. If it’s possible, you’ve got to be kidding. We have, we’re playing with you a little bit. But we really want all of you to listen to the power of your words, your words, matter, your words that reflect your feeling matter. And so we’re asking all of you to focus yourself more toward what you want.

And so a much more powerful statement would be Abraham, and you can be polite, if you would be so kind, to give me this exact thing that I’m wanting. We’re not trying to put words in your mouth, we’re trying to take words out of your mouth. I would love to be able to very easily and quickly but before we go there, don’t run away from this. Do you believe that all things are possible? Yes. And certainly in the setting where you’re asking us to do something but those words that sort of is the way you approach life, isn’t it? Sort of tentatively and meekly?

And if it’s not too much trouble universe I would like to live happily ever after. But I understand I understand if you don’t think it’s a good idea I listened to your tapes a lot and I love to go on YouTube. And listen to will find the latest thing that said the rampages have we made you dependent upon us for emotional movement. So no, no. It’s good time for a segment of refreshment. Like, I love when you’re speaking with somebody, and you, that’s what you want to just sitting out there. And that’s what you wanted. That’s what was on your mind.

Just raise your hand because you just it was nothing personal, really nothing. In other words, it was just a digit. I think that sometimes I can. You are the creator of your own reality. What do you want to create? Because we’ll rampage here all day long. We do. We do. We want you to make this personal to you. We want you to take this opportunity to help there be movement within you vibrationally you have a vortex full of things that you are not moving toward.

And we’ve pinpointed as we began here, what’s really going on? Because you don’t ask for much for yourself. Not much beyond what you’ve already got is that there’s something beyond where you are that you would like to focus into place? Yes, yeah. But it’s everything like it’s like it’s it’s it’s it’s not that blurred vision, isn’t it? When you try look at everything at once try try look at everything at once. It’s just look everywhere at once. Look everywhere.

Where there is look everywhere. Look everywhere at once when you seen not anything? Yeah, not anything. Bogus somewhere. Okay, I’ll be honest with you, if I sometimes I feel if I say something can’t be honest, you know why? Because it’s not your words. It’s your vibration and they’re always honest. I feel like sometimes if I say something then and ask a question then I’m sort of opening that can of worms and then that’s, you know, in I don’t mean it’s not a fear but somehow I open the can of worms of all the good worms Yeah, yeah.

Yeah if they’re like gold worms or something but it’s just so wonderful you know life and just all of this and I feel a connection with Abraham like I feel like I knew I was going to be picked there like It’s like yesterday. That’s what this was all about. You just knew you were going to be picked. No I you know, I just this conversation is conversation, all the conversations the one before and this one is all about focus. And you all are leading edge group, you are in the process of mastering your deliberate flow of vibration for the purpose of matching up with law of attraction.

And so, really, when you have an opportunity to visit with someone like us. Who has clear knowledge of what’s in your vortex. Don’t you want to talk about that? Yes, I do. Yes I do. So what what would you recommend? We are appreciating you more than we can even begin to explain. Really all is very well. You’ll hear so much more as we are moving forward. So, you all feel more like you understand focus than ever before, don’t you? Yes, yes, right here.