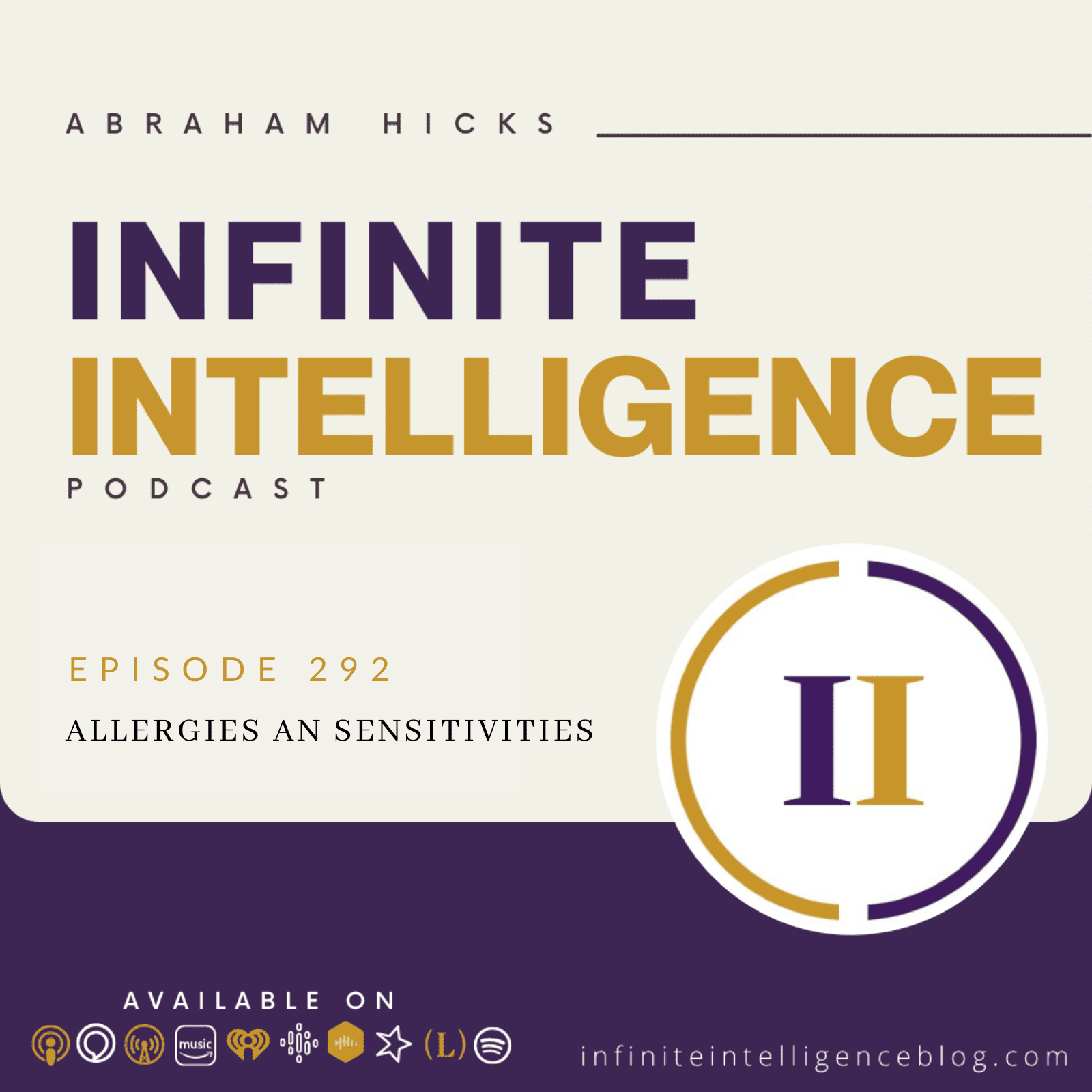 So you hear about people having issues with food, like dietary sensitivities, allergies, that sort of thing. And I’m wondering, I mean, is that real, or again, is that just imaginary vibration, imaginary, everything that happens is real. But it’s based upon beliefs that you hold. For example, Esther has decided that her knees don’t like sugar very much. So when she eats sugar, like, on the cruise ship, let’s have some dessert for lunch and some dessert for dinner. And then let’s go get gelato while we’re in Rome. And then her knees don’t feel as flexible as they did before.

So she’s making the association between that well, it doesn’t matter how real that is, as she makes that association, her knees feel better when she doesn’t eat sugar. So here’s what we’re saying to you. If you believe something, the worst thing you can do is to do something in opposition to your belief, because you’re going to get the result that you expect expectation is a really powerful thing. So we are not wanting to say to Esther, that there is a direct relationship between that and that because we think she should eat some sugar, sugar tastes really good as sugar is a wonderful thing.

But we also don’t think that she should eat sugar until she’s ready to know that you see what we’re getting at. So it’s not that there’s this absolute state of sugar and knees, because a lot of people eat a lot of sugar and their knees don’t hurt. But you have to find the balance for you. So there’s no right or wrong, it’s about you finding the balance for you. So essentially, if I get rid of the resistance, because I did kind of experiment with different diets, like getting myself off of wheat and thinking about that is, and sometimes you’ll be inspired to something like that.

And it’s helpful, like Esther was inspired to that to something like that. And it’s been helpful. But here’s the thing that we would really like to say about that, when you have a situation that is pleasing. And then instead of getting out ahead of it vibrationally. And, as you say, release the resistance and come into alignment, and then let things unfold from a vibrational alignment basis. If instead you jump right into action, now you’re trying to use action to compensate for something that’s squirrely in your vibration. And that’s what we’re explaining to Esther about this sugar thing is that, by taking the action, she’s not actually figuring out what’s going on in the vibration.

And what’s going on in the vibration could be something like feeling like she’s got too much to do or not feeling like she can get as much done in a day as she needs to and feeling like she needs to move faster than she really can move, there could be a lot of reasons for a ripple or a wobble in her vibration that she’s not dealing with when she’s taking the action in order to solve the problem. And we’re not suggesting that you may not be inspired to something like that. We’re just saying, Let yourself connect with what’s going on vibrationally and then follow the inspired action.

And there’s a difference between inspired action, which always feels like something you want to do, and motivated action, which is I need to do this in order to we want to put a strong punctuation on this subject, because so many people are quick to jump into action to try to fix things before they’ve done anything about solving the vibrational, which makes it squirt out in another way and squirt out in another way in squared out in another way. The resistance will just continue to show itself to you. So what do you do, you just do your best to talk the resistance down and talk the alignment up. Just whenever you get an opportunity. And you look for improvement.

And when she looked in, she said to the lady, this is broken. Because it’s been years since she’d looked into one of those things, her good driving record, they just kept sending her a new license. And so she didn’t require looking into one until she’d moved to a new state. And the woman said to her, you’re probably going to need to go have your eyes examined and get some glasses and then come back. And Esther thought, that is a lot of trouble.

So she said, Abraham, can you read this? So we tipped her head down and tipped her head up and read it easily. And Esther thought, how interesting that was, because it’s the same eyes. And it was the same objects at the end of this lens. And Abraham in the absence of resistance, because Esther’s expectation is that Abraham can see things that she can’t see.

And so she could see and that really made Esther Think about how many things that she is denying herself that if she would just relax and accept the fullness of who she really is can give her whatever it is she’s asking for. You see what we’re getting at. It’s all about perspective, isn’t it?