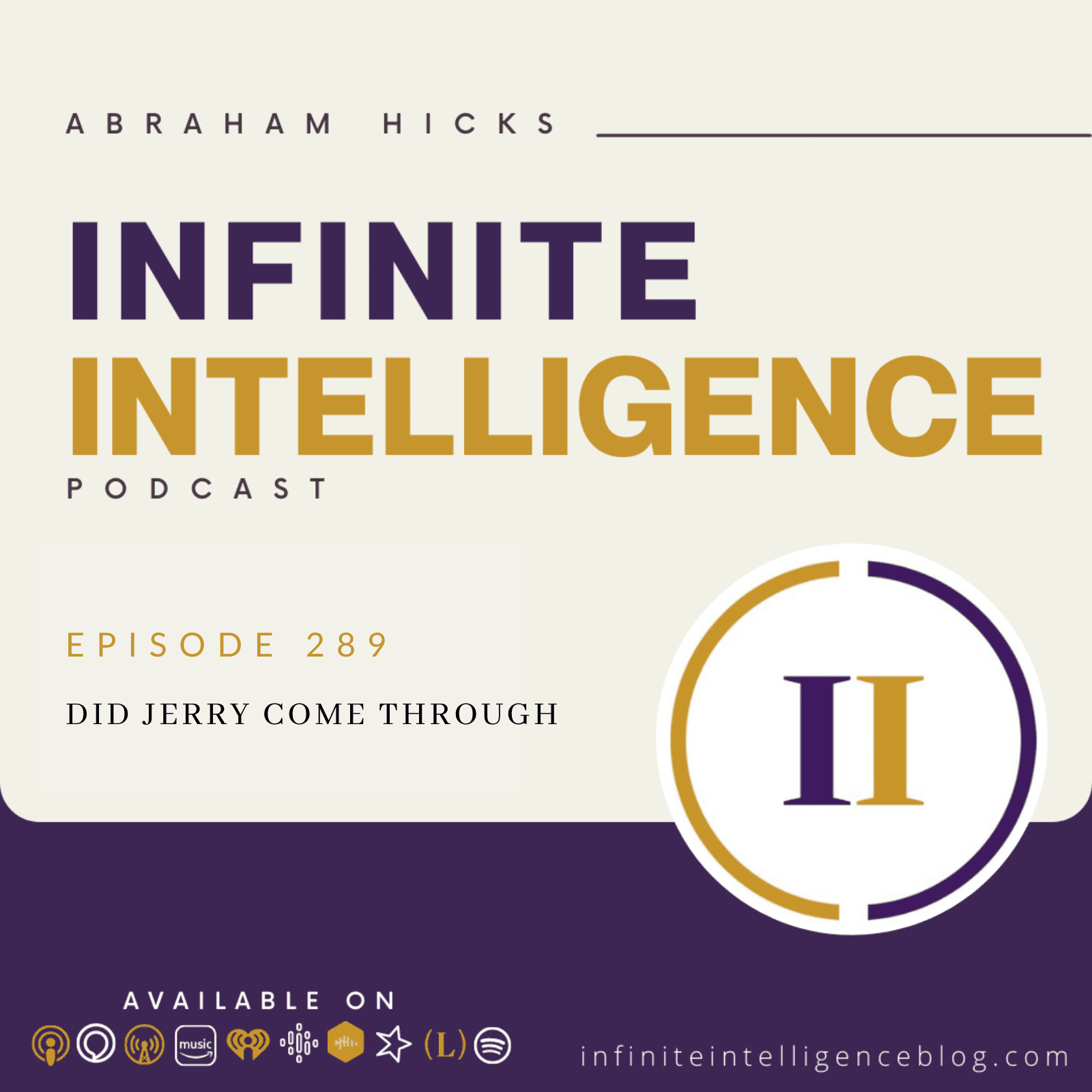 Hi. First I wanted to ask I decided that if I got up here, I was going to ask this question that a couple of years ago, a friend of mine had given me a gift certificate to go to a group reading. And I thought to myself, wouldn’t be great if Jerry came in for me. And the person that they described sounded like Jerry, and it said, the first initial of their name was Jay. So was it Jerry? And did he Spirit Bomb, the group reading I was at? Well, that would not be an unusual or surprising thing.

Because he really likes being in on what you all are doing. And Esther gets so many letters and correspondence from people who are having Jerry experiences that when she hears them, they really ring true to her. And it’s perfectly logical, isn’t it that you were in an environment where you had a desire, not a strong, earth shattering couldn’t stand if it didn’t happen, desire, but a desire and you were in the environment that you were in in a place of believing. And so we would say it is logical that Jerry would play with you in that way. Great. All right.

So I have something deeper, I wanted to ask, do you think it’s interesting that you came thinking that you would ask that question if you got in the hot seat? And then Esther is inspired to tell you something that she’s never told anyone about the sort of communication that she’s having with Jerry. And so the path of least resistance is just sort of opened for you.

That’s how it works, isn’t it? Yeah. Because if he can talk to her, he can talk to you. It’s just a matter of you being open to it. It’s just, he’s worth hearing. They made me feel like I was part of the family. Yeah, for sure.