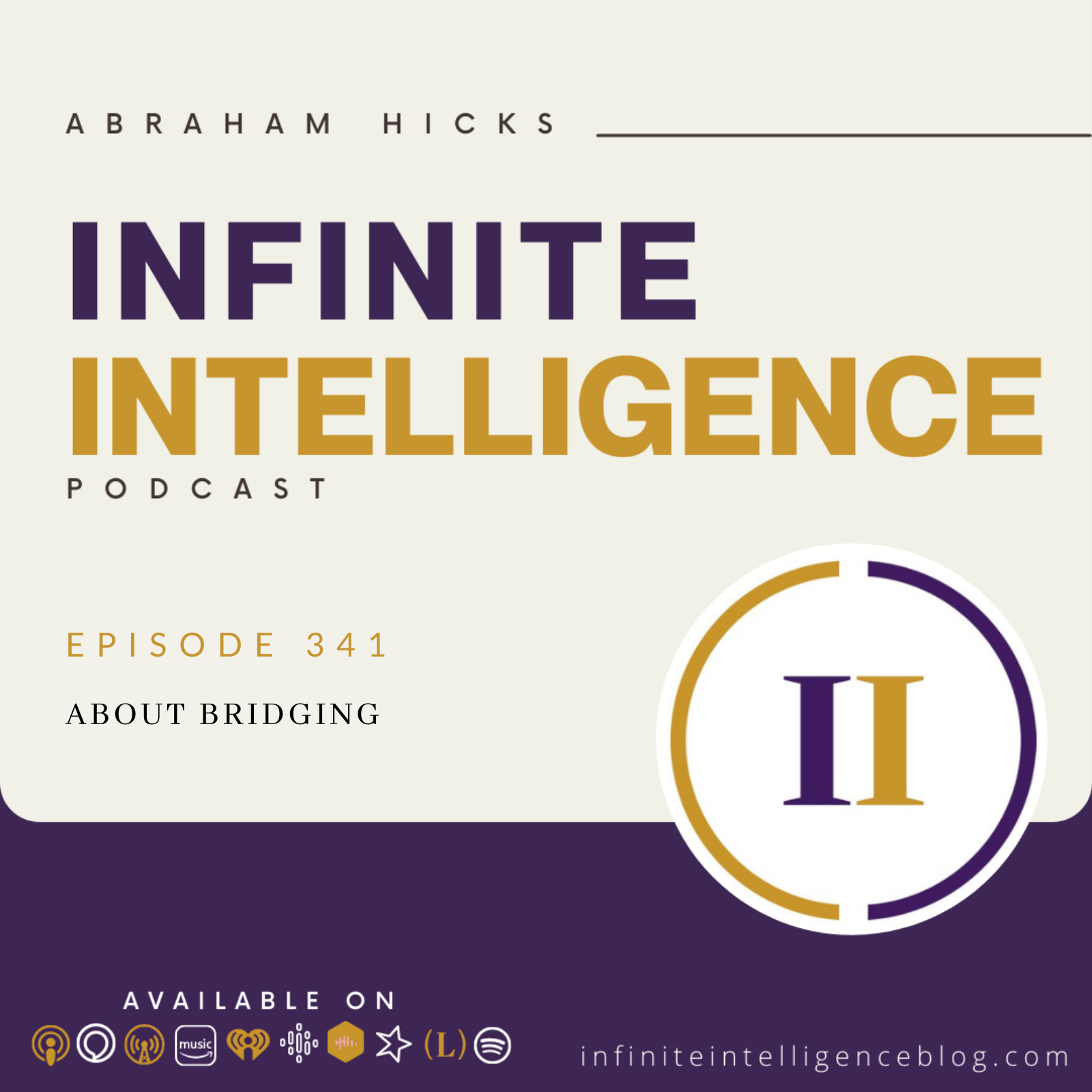 And because of your experience with that person and your expectation about it, you can’t quite adjust that because you haven’t bridged that belief. And so we say, if you want that energy to flow, right here, and now, you’ve either got to find a way to bridge it by getting so good at seeing the positive aspects that the negative aspects just aren’t even in the equation, or you got to change the subject.

So this is the thing when you were having conversation with someone here about this beautiful property, that person changed the subject, that person caused you to focus with him on something that had no resistance within it, and did such a good job of describing it and feeling it that you were influenced to focus there, too. Now, in that moment, if he had said, now let’s talk about your boss, there wouldn’t have been a bridging, there would have been a closing of the valve. People will say to us, I’m having this relationship. It’s really, really hard. Do you think I should leave?

And sometimes we say yes, because law of attraction sometimes is best that way. It causes you to go one way and somebody else to go another way. But we always said when they would ask that. Yeah, but remember, you’re going to take yourself with you. In other words, there’s things in your town you don’t like to so maybe you should get out and things in your state or country.

So maybe you should get out, it’s a much more stable experience. If instead of needing to change the subject, you are able to look at the subject through the eyes of source now. That’s exactly what happened to you. When that masterful teacher asked you that question, because you were in that place of strong strong asking about filling that hole that you felt had been left by the relationship with your father. And that teacher? Got you to focus on that by just redirecting the question just a little bit. And you had that quantum leap of source energy flowing through you in that moment.

So potentially, the same thing could happen to soothe the angst of the way you feel about your boss. Yeah, it’s true. Because after I had the experience with the teacher, all of my beliefs about my dad changed all of my beliefs. It really was a belief changing moment, it was so profound. So these are some variable factors. Do you think that you think about your boss as much as you thought about your dad? Do you think that you’re asking was a strong for the healing of that relationship, your father’s relationship? Is that the same strength that you’re asking about the relationship?

Of course not. And so the factors are different, the desire isn’t as strong, the resistance isn’t as great. And so it’s less likely that you’re going to have an experience that feels like a quantum leap. But you could have that healing bridging experience. Let’s just be very easy about this. Usually, we say, and this was what the point of your question was, should I take the time to bridge my beliefs about my boss, and allow myself to just feel better so that I can focus there and still have energy flow?

Or conversely, you could have five things that are working perfectly and one thing that isn’t, and you could focus upon the one thing that isn’t and block all the other four off, too. So if you’re thinking in terms of opening the valve, then the easy and best answer is take the path of least resistance, focus on whatever it is that causes you to feel easiest. And then when your valve is open. As with your father, you will see your boss differently. When you see your boss through the eyes of source, he doesn’t look that bad. Yeah, in fact, he’s beautiful. Yeah, and consistency is a key, I have to stay there for a little while, really get tuned on the vibration.