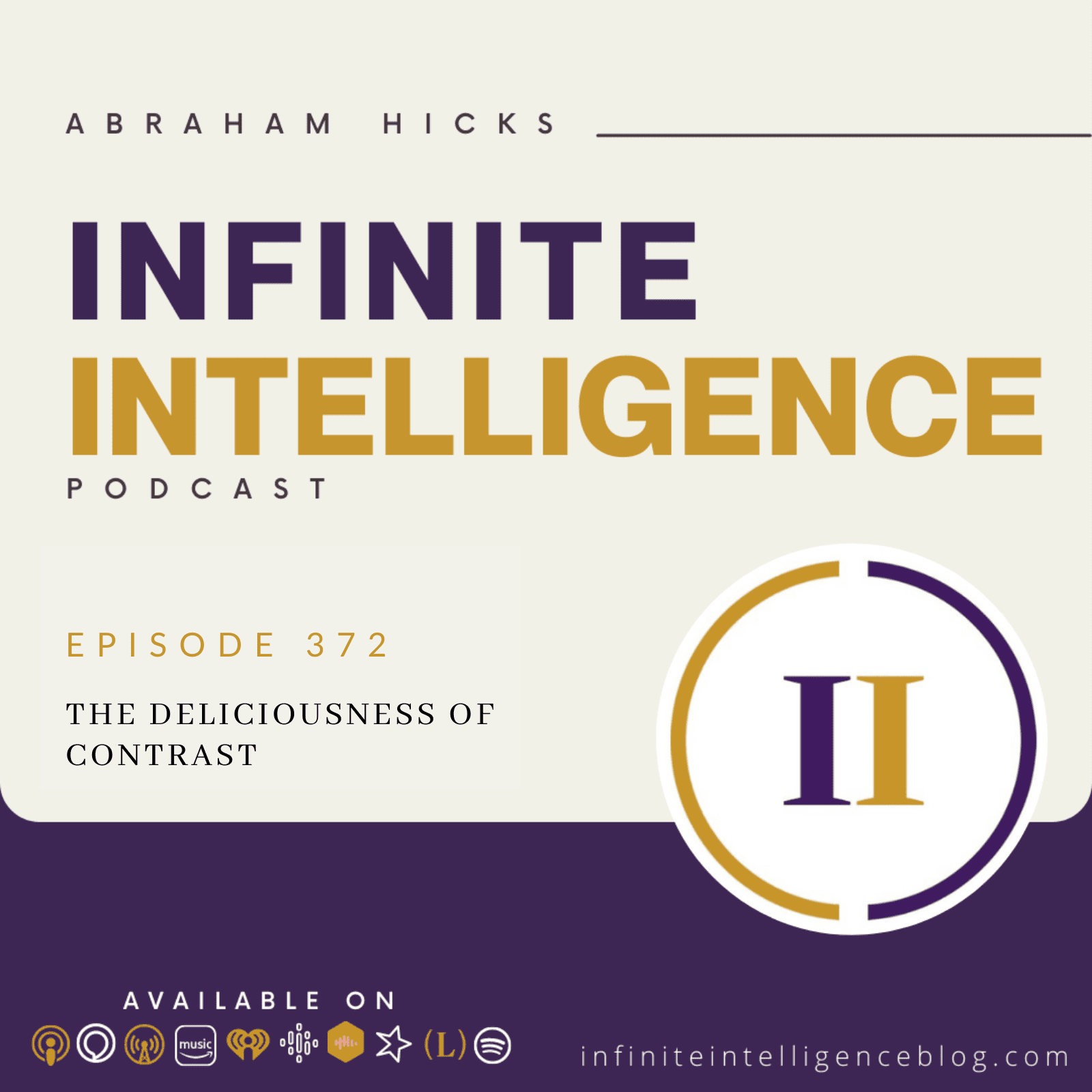 Wow, what a treat, both to see Esther and Abraham is cool. What I had initially thought to ask was about contrasts. And like you always do, you answered my question pretty much at the beginning. But perhaps you could elaborate more on it, the deliciousness of the contrast. And as you elevate and get more and more of what you want. How do you keep that cycle ever spiraling upward, let’s explore the subject of contrast through the lens of the new train analogy. Contrast is variety. And contrast is choices. For example, I desire or I like good feeling experiences, plunk an engine down going that way.

I don’t like being alone. I really like travel. I hate staying home. I like being at home. I don’t like travel. Now. We used all the same words. But sometimes you use them for yourself. And sometimes you use them against yourself, are you getting the sense of what we’re talking about. So contrast is the stuff that helps you choose. But once you have chosen, then focus on what you have chosen and don’t use its opposite to put discord in you. This was a new and insightful conversation that we just had. Because often people think that it’s the words that they’re using that matter it isn’t it’s how you’re feeling as you’re using the words. Here’s another way of saying it, every subject is really two subjects wanted an absence of wanted.

So it’s what I want and the absence of it. So when you activate a subject, you can tell by the way you feel, whether you are advocating for yourself or whether you’re advocating against yourself, because sometimes people talk about money, but they feel such lack of money that every time they introduced the word money into a conversation, they’re stacking engines on the end of the train going in opposition to what they want. So in order to understand contrast at all, as we’ve demonstrated, it’s not the word that you use, because some people use words for themselves.

Some people use the same words against themselves. It’s not the words that you use, it’s how you feel about the subject that you are speaking about. And so when we talk about contrast, we mean it in these ways we mean contrast helps you choose. And if you don’t have variety and contrast to choose from even contrast of wanted and unwanted, you cannot define what you do want. But these rockets of desires that are emanating from you, they are sifting through the variety or the contrast or the choices.

And your best choices for you are moving forward and then are contained, are held are known are lived by your inner being who then calls you to the harmony calls you home to what that variety has caused you to become. Alright, so that’s the basis of it. Now, what do you want to talk about about contrast? That really does answer it so well, I mean, it’s that was part of the there’s there’s times when we feel so much harmony and when we first got into law of attraction, things that everything really clicked in for us really well. But I think it’s it’s like you’ve been explaining all morning.

If you were not the powerful a consummate, steady lover, that you really are, hatred would never bother you. In other words, if you weren’t not really one who loves, then pushing against someone would not bother you at all. But the fact that it does lets you know that you really are someone who wants to love You see, when we have a conversation about contrast, we like to call your attention toward this. So here you are in your powerful now. And let’s say that you’re having a wonderful meal somewhere, and you’re eating something that’s pleasing to you for a lot of reasons.

You’re with friends that feel good, and you’re enjoying what you’re eating. And your body is reveling in the fuel that you’re giving it. And so you’re really having a good moment. But at that same time, you usually if you’re having a wonderful meal, you’re not thinking, Hmm, we could have eaten over there, or we could have eaten over there. Or maybe we should have eaten over there. In other words, you’re usually focused on whatever it is that you’re doing. And the reason that we like this analogy is because we want you to know as we know, which means we’re doing a little sales job here, because it would benefit you so much. If you knew it, then in every moment, no matter where it is you are or who you’re with, or what it is you’re doing, you do have the powerful potential of being pleased right here.

What’s the best feeling thought I can find? Right here. And now, if you will reach for it and find it. You will demonstrate to yourself that by reaching for it and finding it no matter how audits seems that you would find something positive in this condition, what you will find is alignment. And it was alignment. That was the only thing that was missing anyway. So now you’ve got alignment. And so now instead of it being a bad situation, it’s an adventure. Instead of it being a challenge.

It’s an adventure instead of it being something that makes you wish you were somewhere else it makes you so glad that you’re right there because resources are coming to you that you’ve not experienced before and you feel more alive than ever before you see what we’re getting at. Yeah, you do. That’s how it started with us is like we love adventures. And this was an adventure just coming here and it gets better and better.