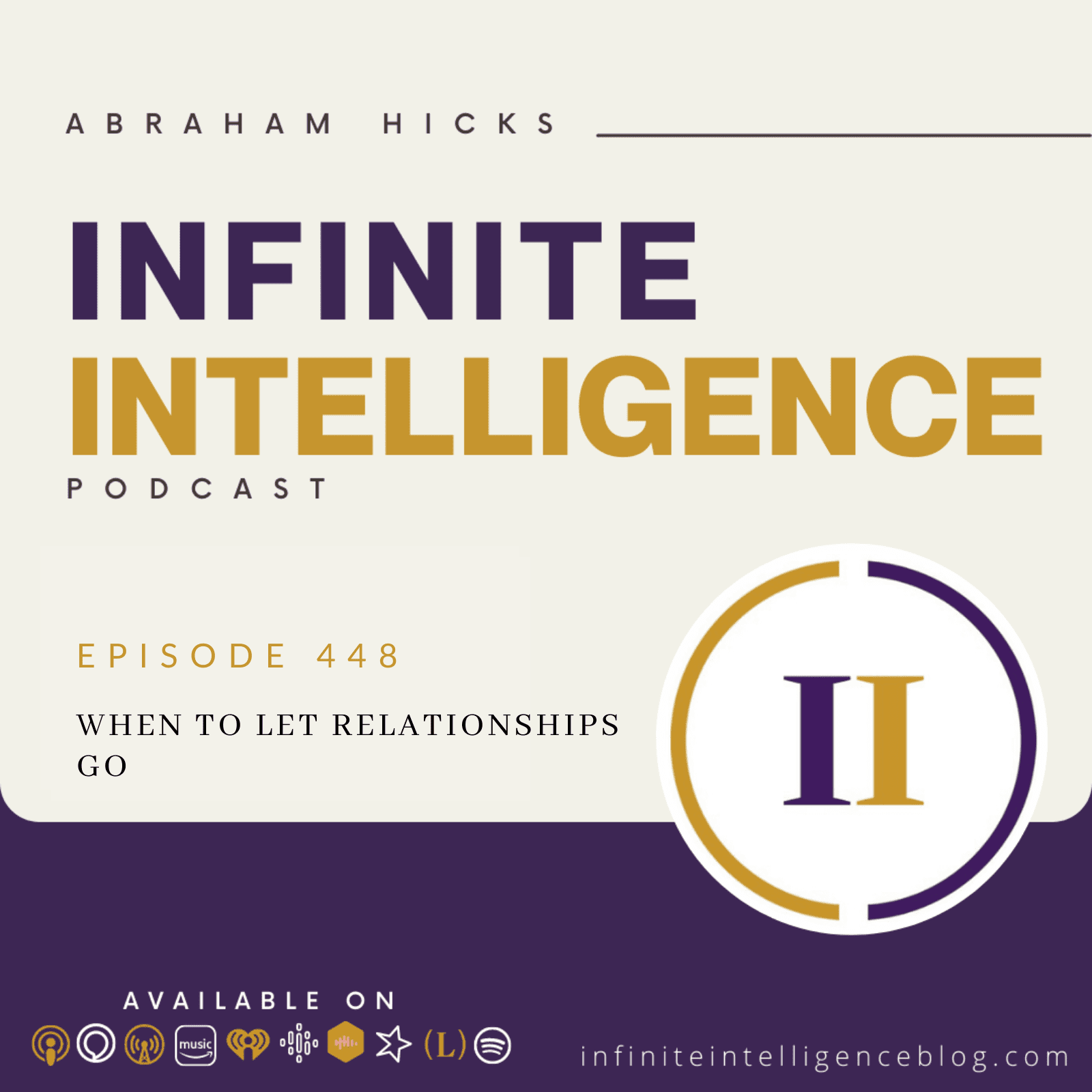 Hi, Abraham. So I hear what you’re saying about starting over when you’re not in a place of satisfaction, you can’t solve it from that place. And may we soften that just a little bit by saying, starting over sounds like such a hard thing, like going back to the beginning. But starting over energetically gives you leverage that puts you way ahead of where you’ve ever been.

So it’s like saying, I’m starting over by tapping in to the leverage that will put me way ahead of where I’ve ever been starting over vibrationally puts you lightyears ahead of what you’ve been doing with action. So get this started over into perspective, it’s not like starting over. And that’s what we were meaning to say to that man who’d lost all of his money, we want him to start over and cash in his vibrational chips, and discover that he’s way ahead in terms of prosperity ahead of where he had ever been in terms of what he’d managed to a math. Just wanted to get that in there.

Okay, thank you. I’m having relationship difficulties at the moment. And so far in like the conversation today, it’s been very much like, starting over with that relationship. And, yeah, so how do you know when the relationship is no longer serving you, here’s the way we would approach it. So what you’ve been attempting hasn’t really served that it’s like that rut that we’re talking about, where you feel a little better, and then off, you go again, and you feel better, and then worse and better.

And then worse, better and worse. But that’s because you haven’t really gone to the starting place. So if you go to that starting place, and you know you’re detached, you know, you are because you felt it, you felt the numbness, you felt the detachment, you’ve felt the motion of your body, you know that your source is communicating with yourself, you’re feeling the ripples in your body, you’ve got physical symptoms that let you know that.

No, it’s just that negative thought away. That’s all it is just that one negative thought. But I’m such a present moment person. And relationships for me are about two whole people coming together and like lifting each other higher, yeah, two more to hold people, but you got to be one of them. You can only be in charge of one of them. And so if it’s one whole person, then there’s a much better opportunity for the other one to come into alignment.

But if that whole person is noticing that the other person isn’t holding the whole person isn’t all either. So interesting. We both gotta be whole and you’re not. So really, it doesn’t require two people being whole, just one because when you’re tuned in, tapped in turned on, you are persuasive. But then what about the experiencing of the here and now like if you can’t experience life with the other person, we’d like those words that you offered so much.

Let’s talk about this, this matters a lot, because you are really good at being in the now. And everything that we’ve said all day here today was are wanting you to be so keen at being in the now that you’re willing to meditate until you’re really in the now in tune with the whole of you in the now. So that you are tuned in tapped in, turned on in the now and allowing momentum to ensue.

And then and then for a while, we said get on the high flying disc. And then and now we’re saying get into the receiving mode. And then and then all of that what we’ve been saying is intertwined with the whole of who you are, and then be in The Now with the whole of who you are. And when you Be who you really are, then you don’t feel lonely because your inner being is never focused upon anything that feels like lack or like absence, you say.

And then as you focus upon this one you love even though that person is far, far away vibrationally not how often we know what happens a lot with you, with all of you. It happens to so many times every single day. At the same moment she’s calling someone they’re calling her at the same moment she’s texting someone they’re texting her and often they’re saying exactly the same thing. And then they both right haha, lol.

Because there it was, they were so tuned in tapped in turned on there is no distance or space between when Jerry made his transition in a non physical for a while. Esther was so sad. And she would say where is he? Where is he? Where is he and finally we convinced her if you will stop looking where he isn’t and look where he is you will feel so much better. And so there is a vibrational basis, this relationship and the distance doesn’t matter. You can find alignment anyway.

And then the manifestations continue to come. We’re not trying to talk you out of those manifestations. We want them for you. We agree with Esther, we want you to want what you want. And we want you to be so ready to be ready to be ready that there is often a full manifestation of it. But you just can’t get there. From there. You can’t get to a satisfied place from a place of lonely any more than you can set your radio dial on one on one FM and hear what’s being broadcast on 98.

Okay, enough, yeah, I got some work to do. That’s here, that’s here, give it to us the work that I need to do. I just need to get better in touch with who I am. I don’t feel like the one. I like to think that I’m the one that’s I’m looking forward to getting in better touch with who I am. And when I’m there, I know it. And I am miserable when I’m not there. Because I’ve been there often and I know what it feels like. And I will not put up with not being there. I’m going to be so present in mind now that I’m going to demand of myself alignment first. And if I don’t make it no big deal, tomorrow’s another day.

Appreciate the way your body feels. Appreciate your comfort in a moment. You get what we mean. Yeah, really good conversation. Yes. How you doing? Feeling good. Really.