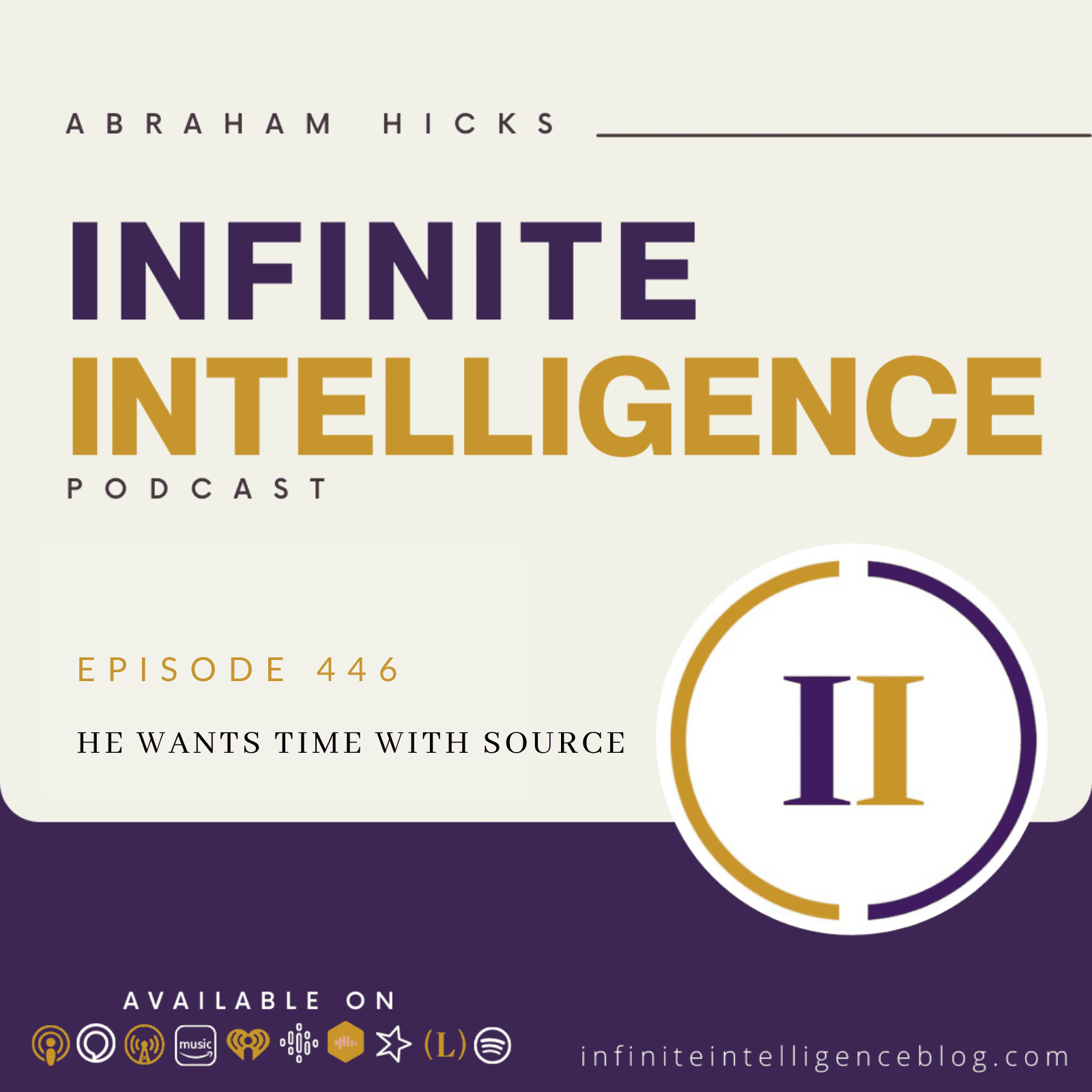 Oh, wonderful timing. I love you. So I want to speak to you. And I do speak to you often. And my desire is to spend time with you source energy. Yeah, Abraham. And so I often don’t feel any of those other desires you were describing, you know, Esther saying to Abraham, I want, I just love the manifestation. And I’m, well, what you want is satisfaction. And what you want is to hear the call, and to be in the right place at the right time will tell you what you want.

Thank you. And we’re going to speak from the perspective that you held coming in. And that has continued ever since you got here, you want to be a leading edge creator, and you want to be an extension, a steady, consistent extension of source energy. And you want to be in concert with what source knows, and you want little, if none, but you really want some little deviation from that alignment. Because you do want some step one defining moments.

A good deal of what you think you want is you picking up on what your inner being wants about what you want. Does that make sense to you, your inner being really is enjoying your leading edge perspective that is providing for your inner being this advancement, this evolution, this expansion this more, we’d like you to know that when you are at your most enthusiastic, that’s when you will have your valve open the widest, or you’re in a vibrational sense your tuner is tuned the finest.

And you’re allowing that broad non physical intention to flow through you into this moment, we touched on it earlier, we’re going to go to a new place that you haven’t heard or known before, not in the way that you’re going to hear it here. We’ve been saying that every moment is a manifestation. In every moment something’s manifesting, the manifestation always includes this basis. It’s you and you Rendezvous in with whatever else you Rendezvous in with.

So if you’ve got the you and you part already Rahnavard, and then you rendezvous with a moment in time, which includes other people or experiences or situations, that moment in time is going to be infinitely more rewarding and satisfying to you than if you’re Rendezvous in with them while you are split from your own inner being. So we give this to you by way of saying to you that you can never separate yourself from your source. And that in fact, everything that you’ve been living has caused your source to be more in sync with who you are, in this incarnation, who you are in this moment in time, who you are in your environment.

In other words, your inner being is so intricately, intimately, specifically aware of the expansion that you have caused your inner beam through this lifetime. hear those words, when your inner being feels exhilaration about something and you are on the same wavelength to feel it. That’s just the best that it gets. We want you to realize that. Yeah, you’re in these physical bodies, but you didn’t come along. You dragged all of us along with you. And that what our promise to you has always been as non physical energies is that we would continue to hold the vibrational frequency of what you’re asking for.

And then your promise to the equation was that you would seek it out, you would find a new, you would launch it forward and that you would find a way back to it. Now hear this, we like so much giving this to you, you could be doing step one, you do it all day, every day launching rockets of desire, we get them, we receive them, we applaud them, we know them, we understand them, we hold the vibrational frequency of them.

And Law of Attraction assembles the cooperative components, and we experience the expansion. So, in our most selfish of perspectives, we got what we came for, to a certain extent. But you’re maybe still hanging out here in the sifting and sorting and launching rockets of desire mode. But when you come home, and you let yourself be the in the moment receiver of the manifestation, it just doesn’t get any better than that. So people come into these bodies, and they fulfill all of their reasons for being without even knowing they’re doing it often. They live contrasting lives, they asked for more, their inner beings, take the newness, experienced the evolution, get it all ready for the next ones that will be born.

Getting the sense of this. And sometimes, the people who contributed the most to the expansion, don’t catch up with it in this life experience, because they’re so practical. They’re so involved in seeing it and hearing and smelling and tasting and touching it. So they don’t feel the value, the satisfaction, they don’t receive for themselves, the personal, human self they don’t receive, they don’t even know what value that they have added. But they’ve added.

And when they make their reemergence back into non physical, they’ll feel the fullness of it fully. But it’s so good when you let yourself have it while you’re still in this body is so good. When you are consciously aware when you understand the value of the sifting. And you’re happy to be in the contrast not railing against it, but seeing it as a collection of data which matters.

And sometimes you’re oblivious. And sometimes you’re tuned in. But when you get tuned in when you have made the statement to yourself, and you really mean that nothing is more important than that I feel good. Nothing is more important than than my alignment with source, I’m not only going to be out here on the leading edge and find the new things to desire, I’m not only going to be the one on the front lines for the expansion of the evolution of the entire universe, I’m not only going to do that, I’m going to launch the rockets, my inner beam is going to tend to them. And they’ll just date in that vibrational vortex, or womb. And they’ll grow and become and they’ll be ready for my realization of them.

And I’m going to experience the satisfaction of that alignment and that masterful co creation with the energies that create worlds while I’m here in this body. And I will teach and I will teach through the clarity of my example, that happiness is where it’s at. And that’s that connection that starting with that starting with being with you. Well, that’s what it feels like. We’ve talked for a long time about what’s the next logical step to feel the next logical best that you can feel in this moment in time. And we’ve had a lot of conversations about how it’s got to feel like the next logical step.

If you have some big desire. Sometimes people will sit in the hot seat and they’ll say, oh, I want this so badly. And they mean that literally I feel bad when I want it. Because I’m nowhere near believing it and I yearn for it in such a powerful way, and my life has helped me to know that I want it but I’m in pain not having it. We say you can’t get there from there. In other words, you got to want it so goodly you got to feel the satisfaction of it, you see. And so, we’ve talked about all the ways to do that. You’ve got it. You’ve got it. And I love it.