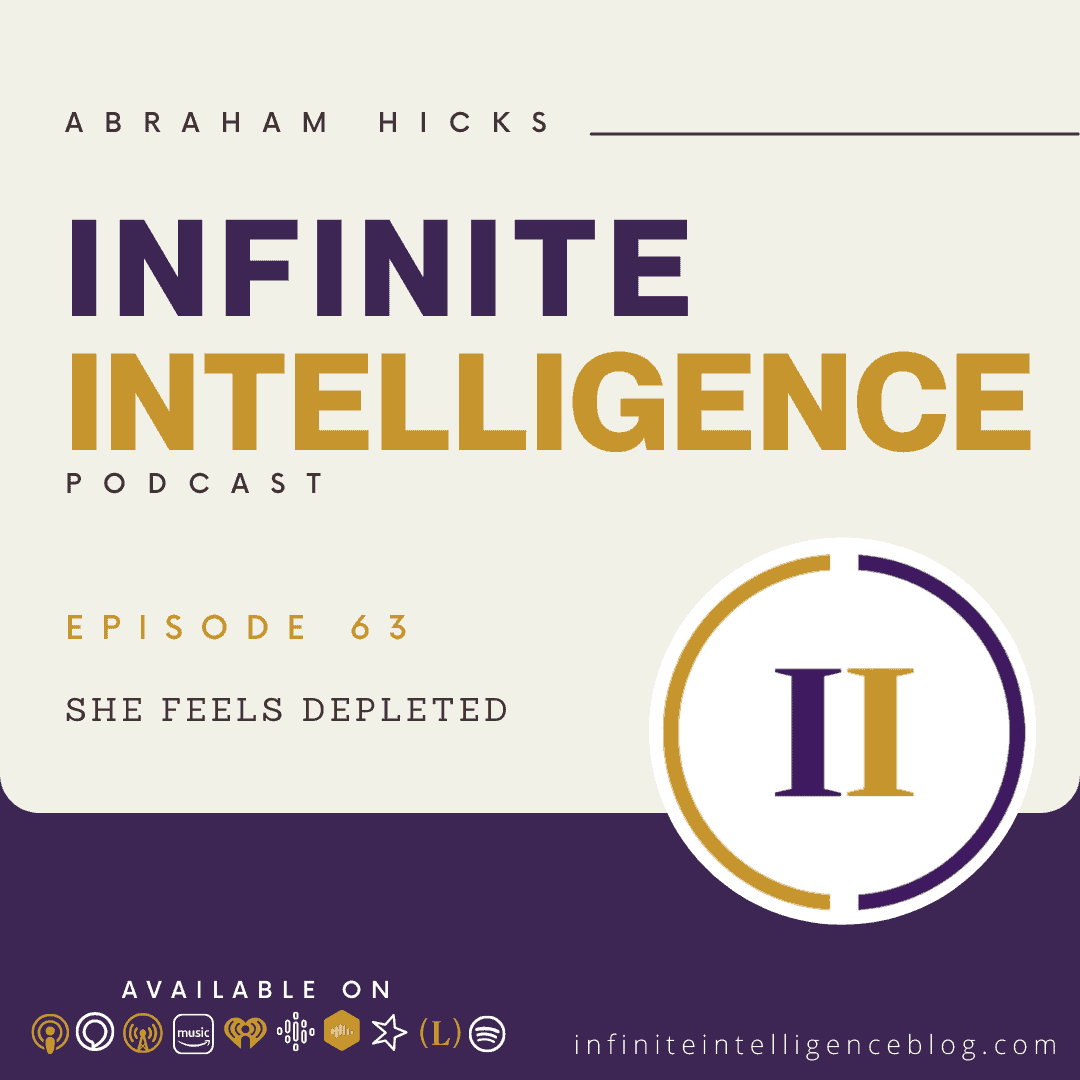 Hi. It’s really good to be here. Thank you for choosing me. And I am so ready for something different to feel good. And I know it’s my beliefs that are holding me back.

I try. I feel like then I just have all this, you know, like with, but listen to the way you’re arguing for your limitations? Did you ever have an effective time of meditation? Yes. And what did it feel like?

You know, there was a time in my life, but don’t get too philosophical about it. Because your philosophy is what’s tripping you up? What did it feel like when you had a successful meditation? Calm? felt calm, calm in comparison with what you’ve been describing of not feeling good? Just calm feel good? Yes, yeah. So I literally, but you see what you just did you turn calm into something that doesn’t feel good. You like deliberately leaning away from your receptive mode? And it’s alright, a lot of people do it. Because you’ve been facing facts for so long.

Yeah. What are the facts that you’re facing that make you feel so uncomfortable? Who didn’t listen to on the radio? I actually don’t think I’m going to get well. So you don’t yet believe in the replenishing mode? Yeah. Well, do you feel better sometimes than others? And can you get the better going? When you get the better going? Does it last at all? When you find that feeling of calm? Can you perpetuate it in any way?

Yes, it feels out of my control. Sometimes if my body has energy, it flows. But if my body doesn’t have energy, it doesn’t just say we get what you’re saying. And we understand when the momentum is going, it does feel out of control. You’ve been listening to us. And you’ve heard the analogy that we offer, endlessly about being at the bottom of the hill, trying to stop the car, rather than just stepping out in front of it when it first starts to roll down the hill.

So momentum is really what you’re talking about here. So you got to get out ahead of it. That’s why we explained that when you first wake up in the morning, there’s less of that momentum going because it stopped while you were sleeping. And so you have the better chance of finding something that feels good. Yeah, it’s the best part of the day. Are there any subjects or conversations that you focus upon? That when you focus upon them, you feel better?

The next positive thought that I’ve been reaching for is it’s okay. And then what does that lead? It’s okay, right now. I’m okay right now. Yeah. And then where does that lead? I can string some moments of okayness together and I can feel okay. And how about I have felt okay, and I felt not okay. And I keep feeling okay, so I guess it doesn’t matter if I feel not okay. Because I can feel okay again. So this is evidence of it feeling better. So what is the distress that you are predominantly feeling describe it to us?

That, because I have no energy, I won’t be able to continue in my purpose, my life, my relationship. Alright. So the energy is the frequency of money, it’s money. It’s money is nothing but energy is what I can produce. All right. So if you listen to us long enough to accept the premise that there is a never ending stream of that energy. And so, have you come to the conclusion that there is energy, but for some reason, you’re just not able to tap into it? Yes.

And if you also follow this, when we say that, you know, when you’re not tapping into it, because you feel negative emotion, and you know, when you are tapping into it, because you feel positive emotion. So can you accurately say you never tap into it? No. So would it be more accurate to say, sometimes I tap into it, and I’d like to do that more? Yes. Is it accurate to say, I know when I’m in the receiving mode of it, and I know when I’m not sometimes, if negative emotion is the indicator, then don’t you know Sometimes I feel like it’s like I can even be in a positive but my body so exhausted that it just takes it away.

But the thing that we want you to separate is the manifestation that has already happened from the vibration. In other words, you can do this in the same way that a person could feel some enthusiasm about prosperity, when they’re deep in debt. If your current condition is going to control the way you feel, then you’re right, you’ll never find the energy. But if you’re smart enough to know that this current condition is only the byproduct, what I’ve been doing energetically, and that I can do something different than Doesn’t that make you know that you can make a change.

Isn’t it logical? It’s completely logical. Do you ever wonder what your inner being knows about this, we really want to talk about this depleting energy because so many of you, you focus upon things that are debilitating energy wise, and you keep doing it, because you think you have enough resiliency to withstand your own vibrational storm. And you get away with that for a while. You get away with that for a while. But the longer you do it, the more it depletes you at the same time, the more you’re depleted, the more you’re asking for energy.

So you’ve got this thing going on, where you’re depleted and asking, and the energy is coming. But you’re disallowing the energy that’s coming. So imagine a rubber band. And someone’s got hold of one end of it, and you’re taking hold of the other end of it. And you’re just barely pulling on it. Just barely. So let’s call this end the desire end. And let’s call this in the resistance in. So there’s a little desire and a little resistance doesn’t feel that bad. But what if the desire is like this, and you’re pulling against it. That’s the feeling of depletion that you’re talking about.

And what it means is, you have strong desire. And that’s the thing that you want to amplify, I wouldn’t be this depleted if I didn’t have a strong desire, if there wasn’t a strong countering energy, that my inner being is flowing to me that I am denying, I wouldn’t feel depleted. And haven’t you asked yourself that question. So many times, when you look at people that don’t know anything about any of this, and they’re just sort of dipping along bumbling along, seemingly living happily ever after not really asking for that much.

They don’t care, they don’t even know all the things that they could want, because they’ve not even thought about all the things that they could want. Sometimes I’m jealous of that. Well, here’s the deal. There’s no such thing as regression, you can never be less than your life has caused you to be. So you have one and only choice and that is to receive the energy that you’ve been asking for what you just said to us, I wish my life hadn’t caused me to ask for so much. Because somehow I can’t get into the receptive mode of what I’ve asked for. So therefore, I wish that I hadn’t asked.

And we are really not interested in being a sounding board that perpetuates your statements that are working against you. You got to use different terminology or sleep a whole lot more. How can I get out of the way, you got to look for more positive aspects. And when you find them stay there just a little while. Don’t look for sounding boards that will listen to you, we’ve started to say this to our mother who was talking about her daughter earlier, her daughter’s really asking for it when she says I don’t feel good.

I don’t feel good, which makes a mother come forth with a solution. And so you got to stop complaining when you don’t feel good. If you don’t want people who think they have solutions to come you see what we’re getting at. One of my beliefs is that my mother has the same sickness as I do. And she actually never got better. And so like I bump up against that, too, I see it, you know, and so we just want to put things in perspective for you. Sickness is about depriving yourself of energy. And when you really, really care about things, you ask a really strong energy and when you deny it, you feel really, really bad.

And if you can just look at it in that way, if you can stop framing it out in other ways. If you want to be well. You’ve got to stop arguing for the fact that you can’t be and if you believe anything that we’ve been saying, then that should be something that you want every word that comes out of your mouth to be leaning in that direction. And we’re not saying that you We can get there all at once, because momentum won’t let you. But you can sure do better than you’re doing as you’re sitting here talking to us.