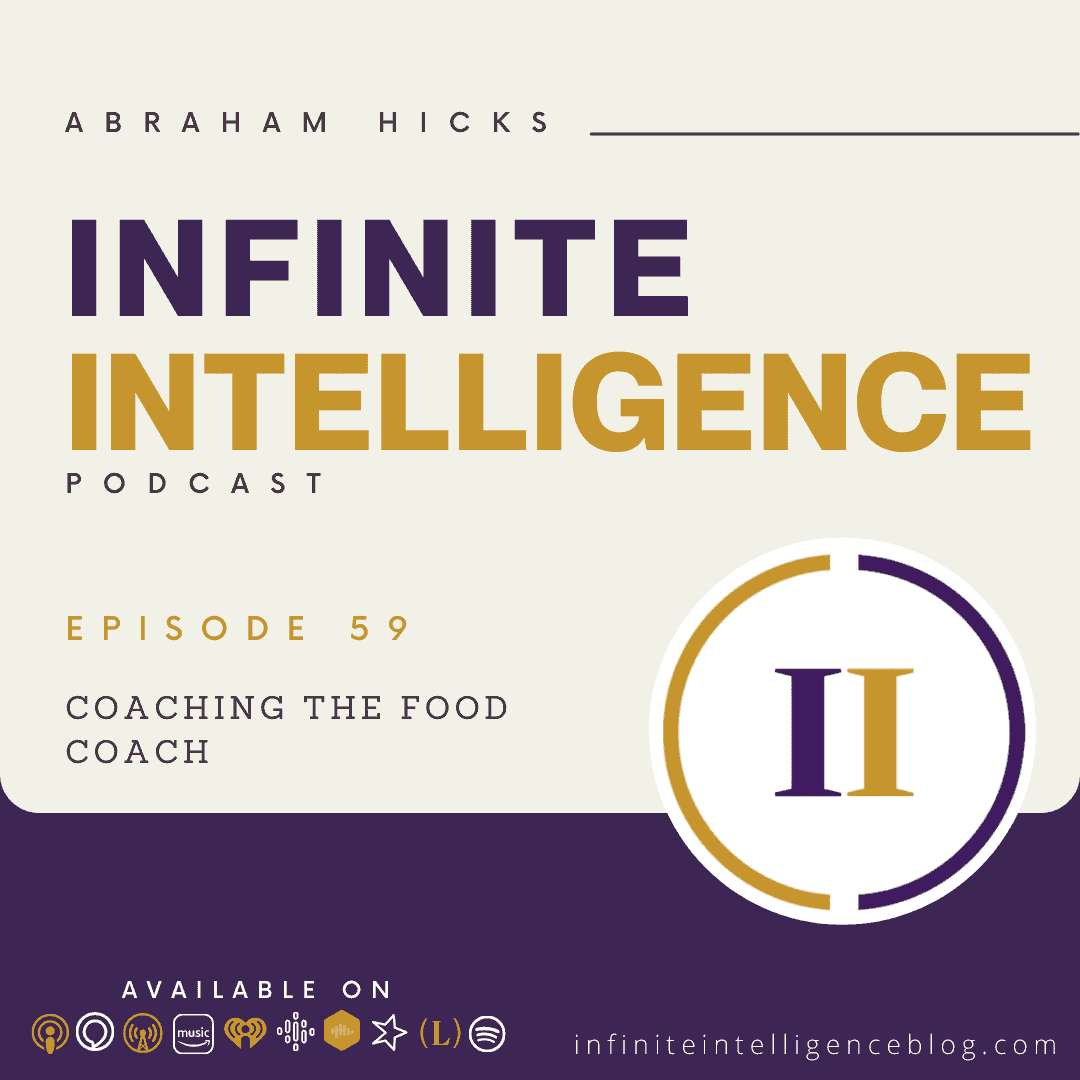 I’d like to talk about food. I have a great relationship with food. I love it very much. But I know a lot about food because of my career. Do you want us to tell you the facts about food or the high flying disc?

But it doesn’t have to be that way. You could choose the high flying disc version, and you could create different facts. And you don’t believe that you don’t believe that. So this conversation is going to be way harder than anybody wants it to be. Assuming I take myself out of the equation, and the people that walk in, and they hurt.

And I that’s the fact. And I certainly know that the best way for them to not hurt is to get in alignment and to get on the high flying plane. But if I want to give them instant quick, you can feel better tomorrow remedies, then do it by all means. Because that’s the path of least resistance. And that’s why their inner being brought them to you. We’re never suggesting that you don’t offer any soothing or remedy that you have at your fingertips.

But sometimes you do yourself a disservice by getting too wrapped up in the majority of cases, what’s bothering them started a long time before this symptom, and you’re giving them the $100,000. So that they can take a better journey right now, when what they really want to do is stop creating that situation. So while you might give them the remedy that improves this, they’re probably going to get themselves there again, and again. And again. And again, unless you’re proceeding from what you really know.

So I can teach them that all food is good, but there’s some food that’s better. It’s sort of like someone showing up with a big wound. And you wouldn’t say to them, you know, you create your own reality, as if dripping all over everywhere. And you know, this is a consequence of the vibration that you’ve been offering. And I’d like to show you how to get into a better frame of mind, if you were on the high flying disc, you wouldn’t be bleeding to death right now. In other words, of course, did come up.

But don’t let their inability to control their life and make you believe in things that don’t need to be believed in. Yes, yes. I don’t want to teach fear. I don’t want them to be afraid of anything that they eat. And I try to do that in a way of this is a temporary, this is just where we are right now. And but it does seem to me that there are some foods that have different vibrations than others. And I’m not talking about for weight loss or anything like that.

I’m talking about just the strength in the vibration of vegetables versus Cheetos. And I vegetables, high flying disc, Cheetos high flying disc. Yeah. We’re just messing with you. But, of course, we understand that you understand the energy giving value of food. Yes, but we’ll hear you. Well, it. So this also this question for years. But so somebody posted a photo of my daughter last night lunch, and I look and I look in front of her and I see this brown thing. And I was like, Oh, please let it be a beer.

And I go in closer and it’s a coke and I literally start shaking. I’m like she’s drinking a coke. And I’m embarrassed, like I’m so embarrassed that I react that way. I don’t want to feel that way. And I know that if she’s in alignment, she can drink a coke and be totally fine. But I don’t feel that because then she tells me the next day she has a headache and I’m like it’s because you had a coke. I don’t want to kick her out.

And that’s the dialogue. And that’s the experience that they’re having. And the thing that is so confusing to them is, they think they’re just telling it like it is, they think they’re just presenting the facts, they don’t know they have created the facts that they are now presenting. So it’s just this wallowing in all of this stuff that is not wanted, and always looking for remedies in a place that they cannot be found, Oh, stop gaps.

Yeah, you can sell them up and keep them from dripping all over your counter, you can stop gabbeh, but you’re not going to make any real headway until you get consistently in the receptive mode. Now we acknowledge the majority of people are coming to you aren’t ready to go there. They want you to give them something else. We just want you to understand what you’re doing.

And we don’t want you to get all backed up in this causes this, and this causes this and this cause of this, because there’s so much more to the story before those facts occurred, that you and everybody else is not taking into consideration. And until you do, you’re not going to be able to explain it. There are all kinds of people that are absolute anomalies, to the food that they’re eating by today’s standards, they have no business living that long, they have no business feeling that good.

They have no business, they should have died a long time ago, given the diet that they’ve been living. There are other factors that are involved in the equation, you say, yes. And so that’s what you want to do. You just kind of want to soften it with them and do the best you can to sue them. That’s always what teachers do. Teachers and uplifters and healers, you just sous sous sous, but you are not soothing your daughter, when you freak out when she’s drinking a coke.

You’re not soothing her. That’s not a soothing thing. It’s not honoring her judgment, it’s not acknowledging that she gets to decide what she wants. And there was a time not that long ago that a mother would have freaked out if she thought it was a beer, and been happy if she thought it was a call. And other things are really changing, aren’t they?

I’m a strange parent, wen help us to say what we began with this morning in a really strong way. It is such a difficult thing to get around your own belief. And each person you meet and the fact that they present to you the evidence that they present to you just shores up a belief. And so we’re wanting you to just ask often Am I in the receptive mode? Am I in the receptive mode?

I love all of this. So when the complaint comes to me I don’t feel well. That’s when I really get off my high flying desk because I feel this duty to help her feel better or any of my patients and what are you doing what I suggested No. Okay, I understand it’s it’s her vibration where she wants to be but then I don’t want to hear the negative See, the younger they are, the more natural rebellion, they have to take in action to sue something. Because they’ve still got that feeling of invincibility, they still got that feeling of resourcefulness about them.

They’re wanting to say to you, there are other ways than this one way. But if you’re giving advice to someone on a regular basis, and they’re not benefiting by your advice, because they’re not hearing it, then your problem isn’t the advice. Your problem is you’re not being heard. And the reason you’re not being heard is because you’re not in the receptive mode, because you’re focused upon their problem. being focused on their problem is the thing that makes her more crazy than everything else I’ll put together, you see how it all ties together.

Now you’ve just made a whole lot of people mad, because you ask them what they think. And now they tell you and then you don’t do it. And we want you all to get in that place where you’re not asking so many people what they think, where you’re just tuning in to who you really are. And following the inspiration that comes from that you see. And that’s what you want to teach your daughter. You don’t want to teach her that you’ve lived a lot of life. And you’ve discovered all of these things about all of these things.

And the two just don’t jive. And one is receptive mode and one isn’t. And we are not in any way, wanting to discredit the incredible understanding that you have about food and the way people are responding to it. That’s not what this conversation is about, what you’re doing is an important thing, and you’re bringing a lot of soothing to a lot of people. But there is another soothing, your daughter is asking for another soothing altogether. And most of the people that you will be interacting in going forward will be asking for that getting into the receptive mode, soothing as well.

And that’s what I feel like I want to do now. So when the patient comes in, and I teach them, probably for their words about intuition and what feels right to eat, and what it feels like, asking them to kind of tune into their body before they make their food decisions is that possibly a helpful way to start teaching them about getting in the receptive mode, and you’ll have to figure out It depends on where they are. Usually when people are in distress, they don’t want you to teach them how to think they want you to just give them something to make them feel better.

And that’s been happening to you so much, that that’s the way you are now prone to go. But it’s not 100%, maybe 10% of your patients are ready for this conversation where the majority of them only want this. We are not so interested in your help to them, because there’s lots of help coming to them in lots of different ways. We’re interested in your understanding about this. Yeah. Okay, that makes more sense. Thank you very much. Really good.