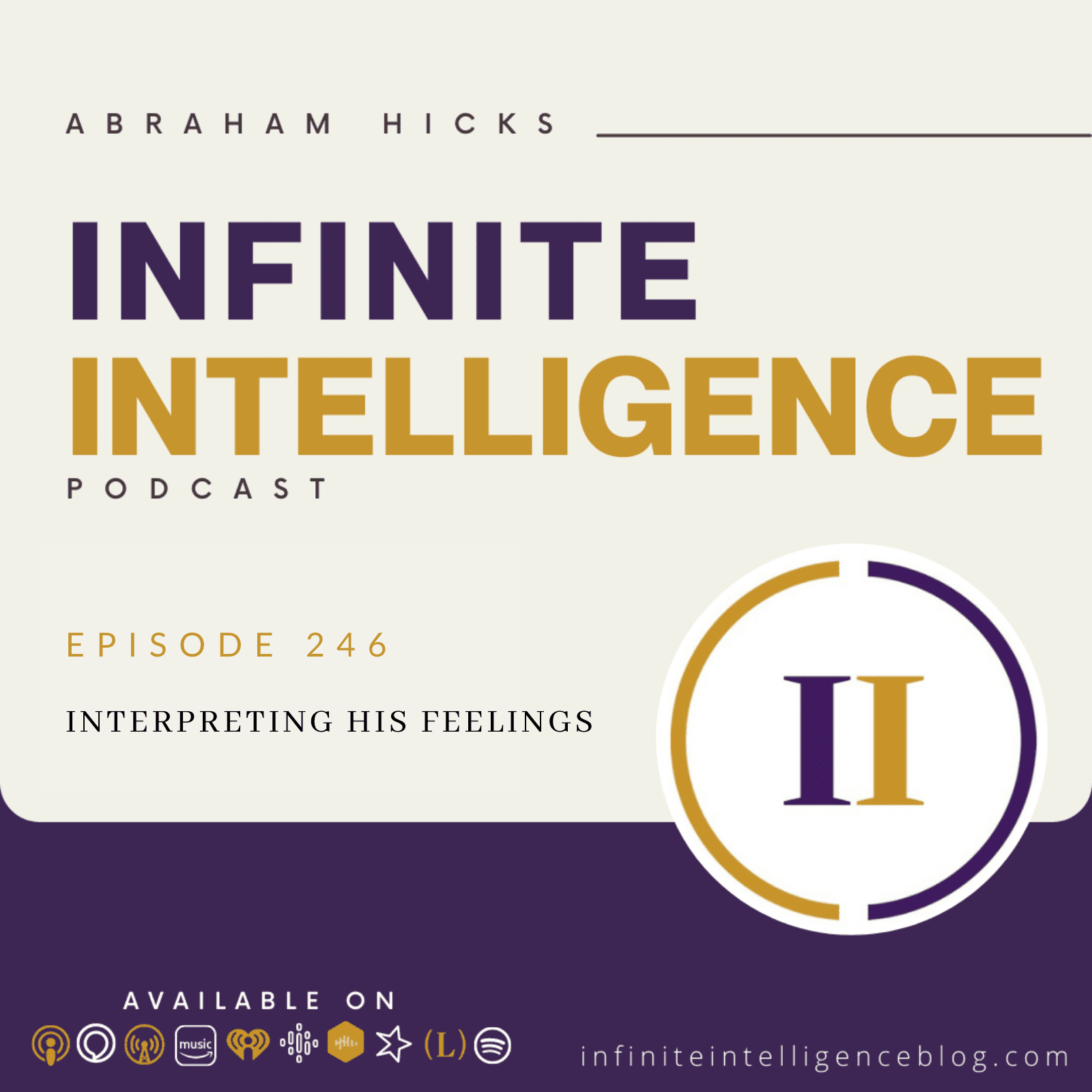 Thank you. Lately I’ve been getting more and more aware of how I’m feeling. And if I feel good or not, and I’m getting really good in when I’m awake, sort of being neutral with my mind. And if I, if I get into that state, I think I did it just now, then. You did do it just now. And when you did, yeah, it feels like that. A strong, visible to us. burst of energy. Yeah. Yeah, it feels like that in your solar plexus. It feels so much as relief. And sometimes I get goosebumps if I’m there. It feels really, really powerful.

And I’m curious if it’s that powerful, anchor creating the life that I want? Well, it’s all of that. But let us give you some clarification about it. You’ve been listening to us for a while. So you’ve undoubtedly heard us talking about step one is contrast causes you to ask. Step two is source answers. And that’s what we were talking about earlier about this vibrational reality gathering, and law of attraction gathering to it, and your inner being being there as a point of attraction attracting to it.

And that’s what’s calling you forward all the time, what feels to you like the future you but what is known by us to be the present you calling you into the fullness of your presence so that it can be seen and experienced in the full actualization or manifested way. Step three, is what you were just describing, being in that receptive mode. So that in the absence of resistance, there is this smooth passage of vibrational information between this vortex and your conscious mind.

That’s where your ideas come from. And when an idea comes, that’s what it means an idea has that feeling of relief in it to at first and the feeling of exhilaration. So step three is the most important step because that’s where you really let you receive what you’ve been asking for. But then we added step four, what step four is, is just being really good at step three. And that sounds odd, you think we could just call it step three, advanced. But step four, we want it to be emphatic to you.

Step five is understanding the value of contrast, once you have mastered that alignment, that’s really where you want to be, you want to be really good at the receptive mode and willing to dip into resistance, because how else are you going to put more into the vortex, in other words, expansion depends on contrast, you see, but when you are, as you have just described yourself to be aware of what it feels like to be tuned in, tapped in turned on, aware of how to get there, able to get there, because you choose to get there. And then most of all, not mad at yourself when you dip out of it a little bit.

Because if I don’t feel good, I’m back in step one, then I’m sort of efforting to get in step three again. Instead of allowing it before you add too many engines on the doubt, end of your train. We just want to remind you that all of that is still masterful creating because when you said I hate slipping back into step one, what you’re saying is the negative emotion is uncomfortable enough.

But even more than that, it is telling me that I am not focusing in the way that I know to focus and I am so determined to focus upon what I want that then I am not only unhappy about out the resistance that I’m creating. But now I’m unhappy that I’m creating the resistance. Well, if that’s the case, you really are back in step one, you’re not in step five. Because it’s one thing to feel negative emotion. And understand that it’s just guidance is another thing altogether to be really mad at yourself about feeling negative emotion.

So just say to yourself when you come to that place, all right, is this a step one moment or a step five moment, I’m accepting that there’s resistance here, I’m accepting that I’m focused upon what I don’t want. Well, it wasn’t my fault, or it snuck up on me or these things happen. Just don’t get too carried away, trying to explain why you are there. Just lightly appreciate your guidance system.

And appreciate the new clarification that is coming from it. And most of all, appreciate the new compounding a mending rockets of desire that are coming out of it, because they are. Okay. Yeah. The most important thing to remember is that, when you are exploring contrast, your inner being is enjoying all of it so much, because your inner being knows what it is yielding, and what it means not only to you but to the universe at large. So step one, from inner beings standpoint is always an aligned moment. Step two, well, we’re right there.

Were right there, just eating up everything that you’re feeding to your vortex, just reveling in your new discoveries, and thrilled with your new expansion, and thrilled with the expansion that you’re causing, universally. And then as we witness you in step three, that moment of relief, those moments of satisfaction. That’s you feeling us. cheering you thrilled with you, exhilarated about what you’ve got going on. And when you are in step four, those are proud moments for us.

Because we can feel the deliberateness with which you are focusing yourself. And when you have a step five moment, we are equally thrilled. Because that step five moment means that you are now Now finally, now, embracing the environment, and the creative process that you’re about. Someone who doesn’t accept a step one moment is someone who doesn’t understand creation.

Someone who doesn’t accept a step one moment is someone who’s worried about how it looks to others or what somebody else might think. But a step five moment is one of feeling the emotion but feeling that in some measure of control, sort of like being in a new fast car, and going really, really fast.

And then suddenly realizing you’re going just a little too fast for the conditions and so you just slow it down a little bit. In other words, you’re not crazy. You just want to go fast. Yeah, yeah.