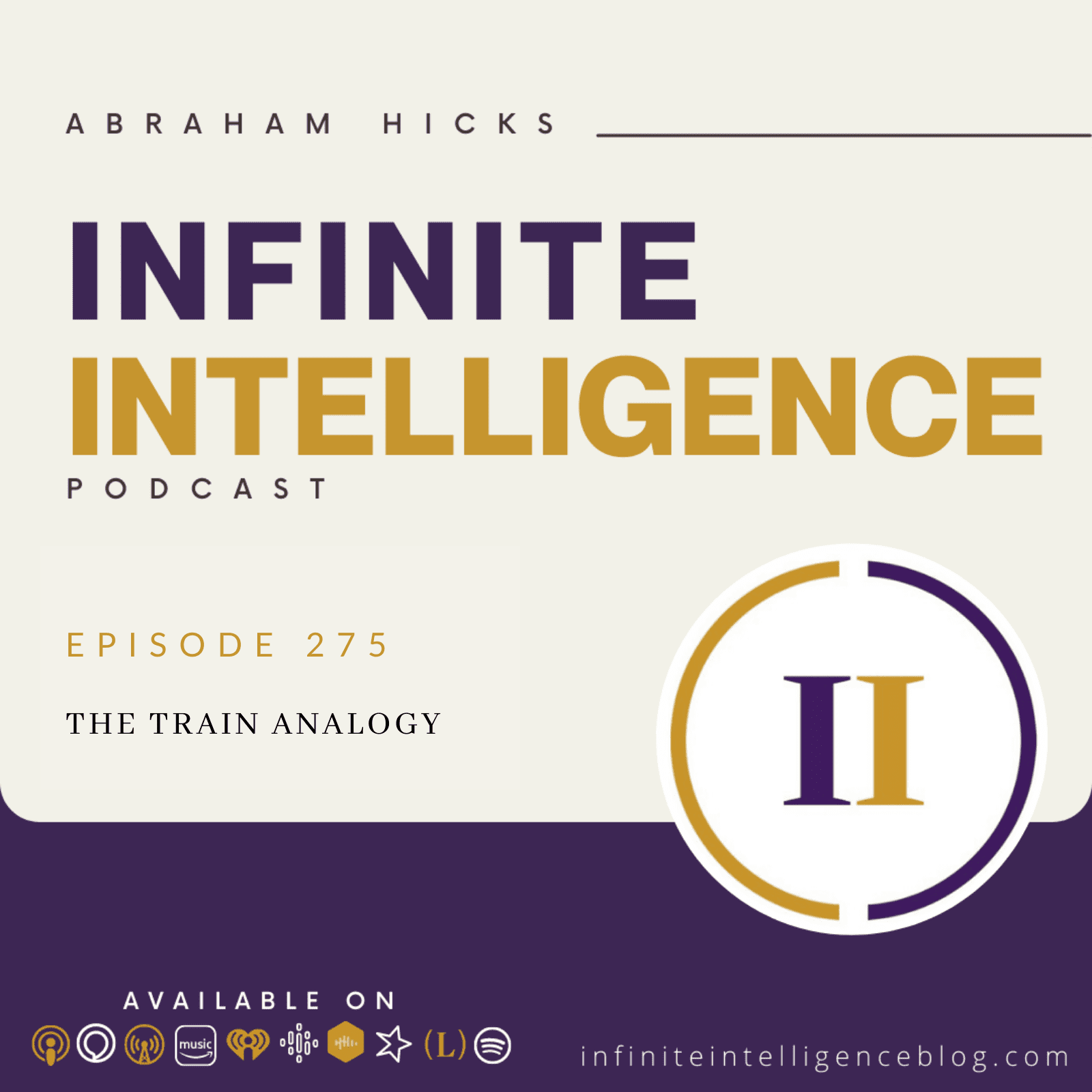 We’ve been offering an analogy in the last few days, few weeks to help you to understand how this law of attraction is impacting you. So we ask you to visualize a train on a track. And the track is on Flatland. It’s not in a mountain pass, there’s no incline. It’s just a nice flat track. And you’re the train. So you’re sifting through life experience and knowing what you don’t want. And in that process, you know, what you do want, you never know more clearly what you do want than when you’re looking at something that you don’t want.

So when you know what you don’t want, you launch a, what we’ve been calling a rocket of desire, because it’s a vibration that emanates from you. And it is pronounced and important, even though often you’re unaware that you’re even launching the rocket, but you set forth this vibrational thought or energy. And, in our analogy, it’s like putting a powerful engine on that end of your train. And that engine now immediately begins moving you toward this new desire.

Now, if you could launch a new thought, and not contradict it with the reality that you are currently living, if you could have a desire, and have it be absent of doubt, then you’d begin to get momentum right away. And because of this momentum right away, you would come to know the powerful being that you really are, because things are always working out for you. And you’re supposed to get what you want. And when life shows you what you want, and you begin momentum in that direction, if you weren’t countering it with other thoughts, the momentum because of law of attraction would take care of itself.

That’s why sometimes on those subjects that you don’t care that much about, you have a fresh thought and off it goes and it manifests almost immediately. Have you ever had the experience where you were just wondering about something, and you turn the next corner? And there’s a real live answer just appearing before you?

Well, we’re not in disagreement with that at all. Because we know that sifting through the variety of what you’re living, is what causes you to launch those rockets. We just want you to launch them and then follow the direction of the new launch, rather than defend the new launch by justifying that you need it because what is isn’t enough for you. If you could just trust more that when you launch it, the universe is after that your inner being is after it, that source is helping you then maybe you could relax a little bit and just understand that things are working out for you and that universal forces are assisting you.

But since you seem to be having a hard time understanding that we have come into your experience in order to explain to you how the laws of the universe work, and more important who you are in this universe on this leading edge. You are creators out here on the leading edge of thought where thought turns to things where you get full manifestations of the ideas that are occurring to you as you are moving through life experience.