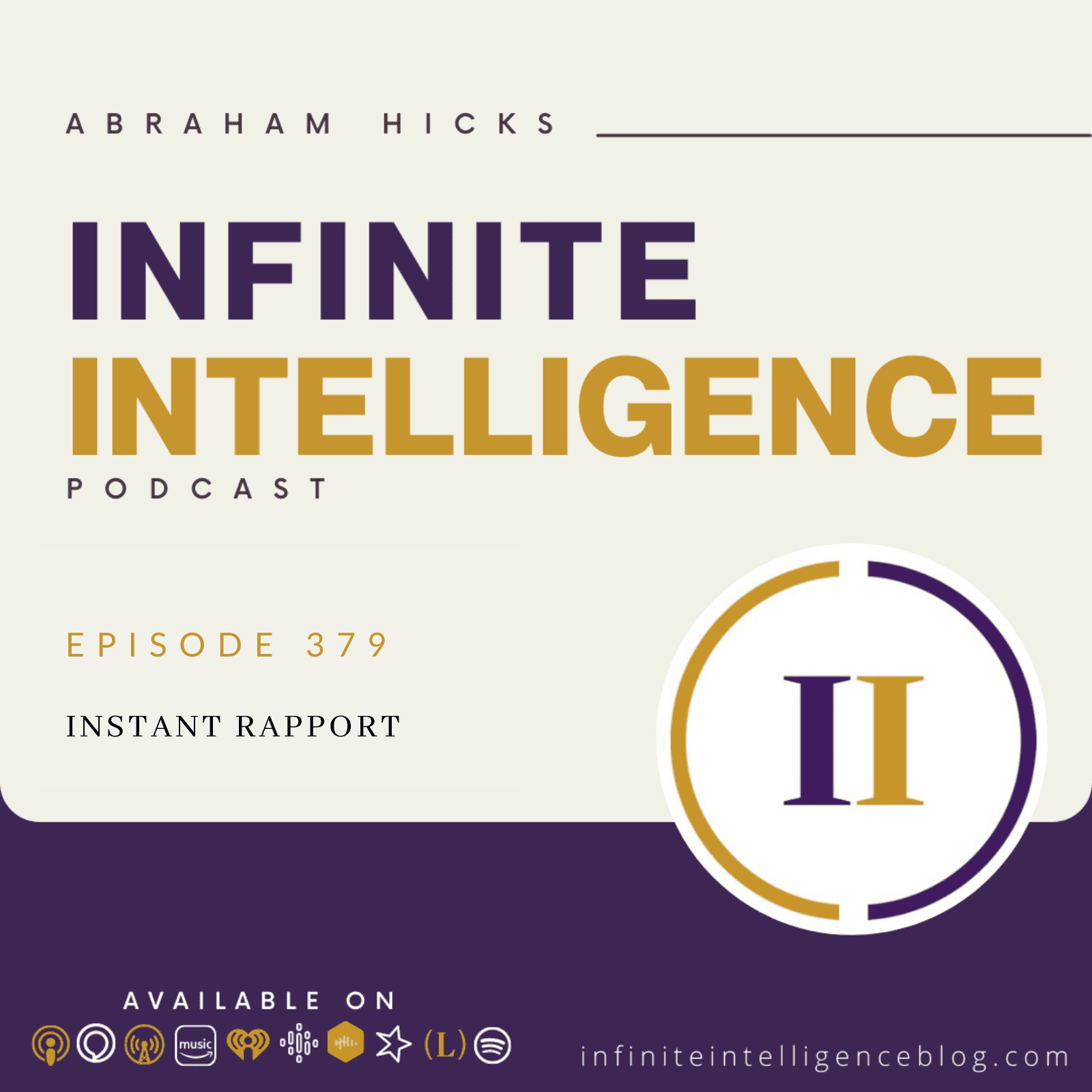 Abraham is opinion, we see hundreds of 1000s of people each day of our lives. And yet there are few that come along that you may just have eye contact with. But in that moment, there’s like an immediate energy exchange, can you help explain? Well, law of attraction is matching. Yeah, because I’ve seen these as like little messengers along my path, you know, well, that’s that sweet spot that we’re talking about. That’s being in the receiving mode, so that you’re in that receptive mode, so that you’re receiving the clues and the signals and the impulses.

When there’s someone in your frequency, you understand frequencies, you understand CB radios, and the way they talk to each others. Esther really liked the idea of a CB radio, she had them in her buses. Because when you’re driving down the freeway, there’s all those people in all those cars, and all of them have a cell phone and you’ve got one, two, you just don’t know their number.

So you can’t call that guy over there and say, Hey, your wheels on fire, because you don’t know what his phone number is. But if you’ve got a CB radio, and you’re broadcasting into a frequency that he’s already tuned to, He’ll hear you. And he’ll say, Oh, thanks for letting me know, I did not know my wheel was on fire. The way Law of Attraction is working is more like the CB radio in that you’re broadcasting all of the time and the others that got their radios on out there. Now there are lots of different stations that you can be honest, or like the truckers channel, because they were road warriors.

And if there was ever a road closure or a shutdown from an accident, yes, it would get read on the truckers channel, because they all knew what the routes around it were. They didn’t have much good to say about the four wheelers on the road. That’s what they call those of you with only four tires. The 18 wheelers are king on the road. But there was a lot of good information. So Esther could just listen in, she could just listen into their broadcasting Well, law of attraction is always listening in on your behalf.

And when you’re in that open place, then you’re flowing with those impulses, then you’re having really an exceptional life experience. It’s not just those big meaningful glances from across the room and rendezvoused with people that you want to live happily ever after. With it’s not only that, it’s that and so much more. What you want to be addicted to is the feeling of alignment, the plugging the toaster in. Because in the feeling of that, then everything else follows.

You’ve helped me really set something that I’ve said for a while that alignment is better than love making with another individual and the frame of the reset, as well to make now to make love with both plug in the toaster. And then then if every relationship comes from that place of alignment, I’m done. There’s one piece and I have to go to the toilet right? Did I just say that we’re not going to hold you up long. But there is something that we want. Something that is really good for you to integrate into your knowing right now. Because there is so much that you know and understand.

And always on the brink of war, that’s where you stay these days. But this is a piece that we really want you to consider your inner being never ever, ever, ever looked back. So when you examine past relationships, for the things that you want to overcome, or for the flaws in them, it’s of no value, because while you were living them, that’s when they were producing the value by putting the things in the vortex. So since in real time as in your real, what you call physical time, as you’re watching your clock and interacting with someone as you were putting things into your vortex, your inner being knows what all of those new preferences are.

Now stay with us because we are right on the brink of understanding something your inner being never focuses on what was your inner being only focuses upon what is. Drumroll please. So here’s the thing. What is in terms of manifestation is not the what is we’re talking about. That’s the only thing that your inner being is focused upon. Everything that you ever lived that you thought went wrong a little bit, whether it was in a relationship or anything else that you asked for an improvement, that improvement is what is active, and being called to by law of attraction.

And so together, we have a manifestation about things that you’ve been working on. That’s why you want to write it down. It was really good. It was stuff you felt that you hadn’t said was stuff that you knew that you weren’t articulating. Now it’s been articulated, but it couldn’t be articulated. Hear it before you lived it. So when people say oh Abraham, I love you so much. I’ve been following you and we say that’s not how it is we’re following you. You think you’re following us.

We’re following you. You’re the ones with the contrast. You’re the ones putting it there. But once you put it there, we give it our undivided attention and then we will focus until you will put yourself in a place of being able to receive what you have created. You created it we see it will reflect it to you is your creation. It’s been the juiciest, delicious conversation I’ve had with you to date.