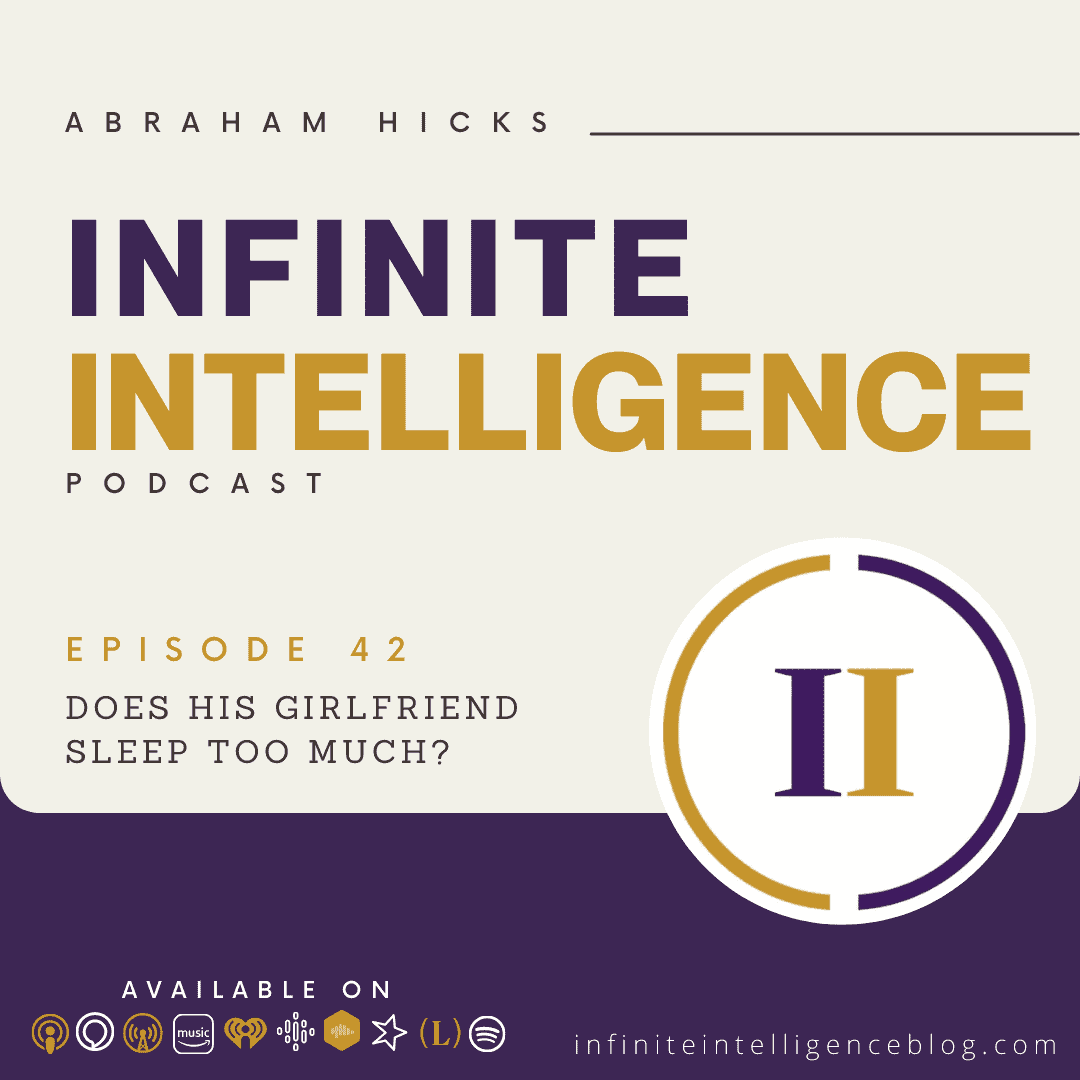 Infinite Intelligence Episode #42 – Does His Girlfriend Sleep Too Much?

It’s ironic. I’m a rookie. So this is my first experience with you. But how have you been with my girlfriend for quite some time that significantly helped our relationship? Yeah. So I’m sorry, I’m looking for a point of clarity.

Because here you aren’t, she dumped you? Not exactly. She actually treated me to come here today. So that was really nice. But as she’s listening, and I’m getting excited about things that she’s coming to understand, except there’s this one point of contention, I won’t call and contention. I’m looking for clarity. So you’ve said something. And oh, by the way, she told me to raise my hands because I would get called. And here I am. Ironically, it’s kind of bizarre.

So I think you fell in love with the way he raised his hand, it was the vibration of the beam who was raising his hand. In other words, that’s why we said standing on your chair doesn’t help.

And I feel that I absolutely felt that you’ve had some teachers along the lines that says something about if you like it, just do it. And my girlfriend enjoys sleeping a lot. A lot, a lot. And I enjoy naps as much as the next person. But somehow this has become now Okay, to sleep a lot. And so I’m wondering how the point of clarity if you like it, just do it comes in the way of other energies we can be putting into.

That’s why we asked the questions earlier, and it’s a very good precursor to this conversation. Would you rather feel content or enthusiastic? When you asked that question, I actually felt content, because I like being satisfied.

But let’s put it into context here. So if someone has content in sleeping, then why is there any discord within you about it? It’s not the sleeping part. Because again, I love naps, too, is the amount of sleep. The amount of stuff like we’d be sleeping right now, if we weren’t here. It’s a three day weekend. halfmoon Bay is 20 minutes away.

But what we’re asking you is that there are degrees of emotions. And so what is it about someone sleeping? What is it that you have a disagreement about? So more serious note, I’m driven, and I don’t like to dissipate or expect her to have the same drive that I do. However, we have some goals and aspirations in life.

And I think that, so we understand that, but we want you to try to put some words to it about what is it about sleep? That feels resistant to what what is it that the sleep is depriving of other activities that we can be doing together? So now the reason that this question is so perfectly placed in this seminar at this time, is because of the conversation that we just had about action, what’s the difference between alignment and action.

And so if you are in complete alignment, then ideas that flow and the places you go and the things you do, and then that’s all very productive to your experience. But if you are not in alignment, the only thing that matters is getting into alignment. So there’s a case to be made. You see, because a lot of people believe that they’re finding success by action by activity, that if you throw enough mud on the wall, some of it will stick, that you don’t want to be lazy.

And you don’t want to be inactive, that you want to be out there and looking for opportunities. But there’s a bigger case to be made for find alignment first, and then follow the inspired action. So we’re not saying that she is or isn’t reaching for alignment with those naps. But we do know that getting into action, just for the sake of action is not the answer, either.

You say so what you’re doing, you’re amplifying the conversation that we just had, which is better action or an nap. And you say, well, to a certain degree, I’ll go along with an app. But then it reaches a point where I want action. I want involvement with me, I want us to do something together, I want us to be productive. And we want to say we’re on her side for this reason.

Get into alignment. And then because the measurement that so many people are using for success is about how much can you accomplished in how many calls Can you make and how many people can you see and things like that when the true measure of success or accomplishment is coming into alignment because when you tap into that source energy, you have this leverage that is so much more.

There’s just not enough action in the world to compensate for that. So now, here’s why we are happy to have this conversation with you. Sometimes when people have withdrawn into a nap because The nap feels better than the disconnected action. And then that becomes a pattern so that there’s more napping than there is coming back into alignment, we would far rather see you in appreciation than in meditation.

And we think that there’s some of both of those going on. In other words, that being depressed, have you ever felt depression and all you wanted to do was just go to bed, pull the covers up over your head, just don’t want to get out there? Well, that is the right thing to do when you feel like that, because it’s the only chance you have of coming back into alignment.

But if it’s a strong pattern, then the nap isn’t doing it for you. And there are other things that you might want to do in order to make sure that you’re in alignment. How do you find her when she’s awake? Is she a positive person? Yeah. Yeah, she’s just a little bit of both. She can be a little bit sort of like everybody else. Yeah, yeah, yeah. helpful.

Absolutely. Leave her alone. Oh, she’s awake. We’re surprised. You thought she’d be over there under the chair asleep.