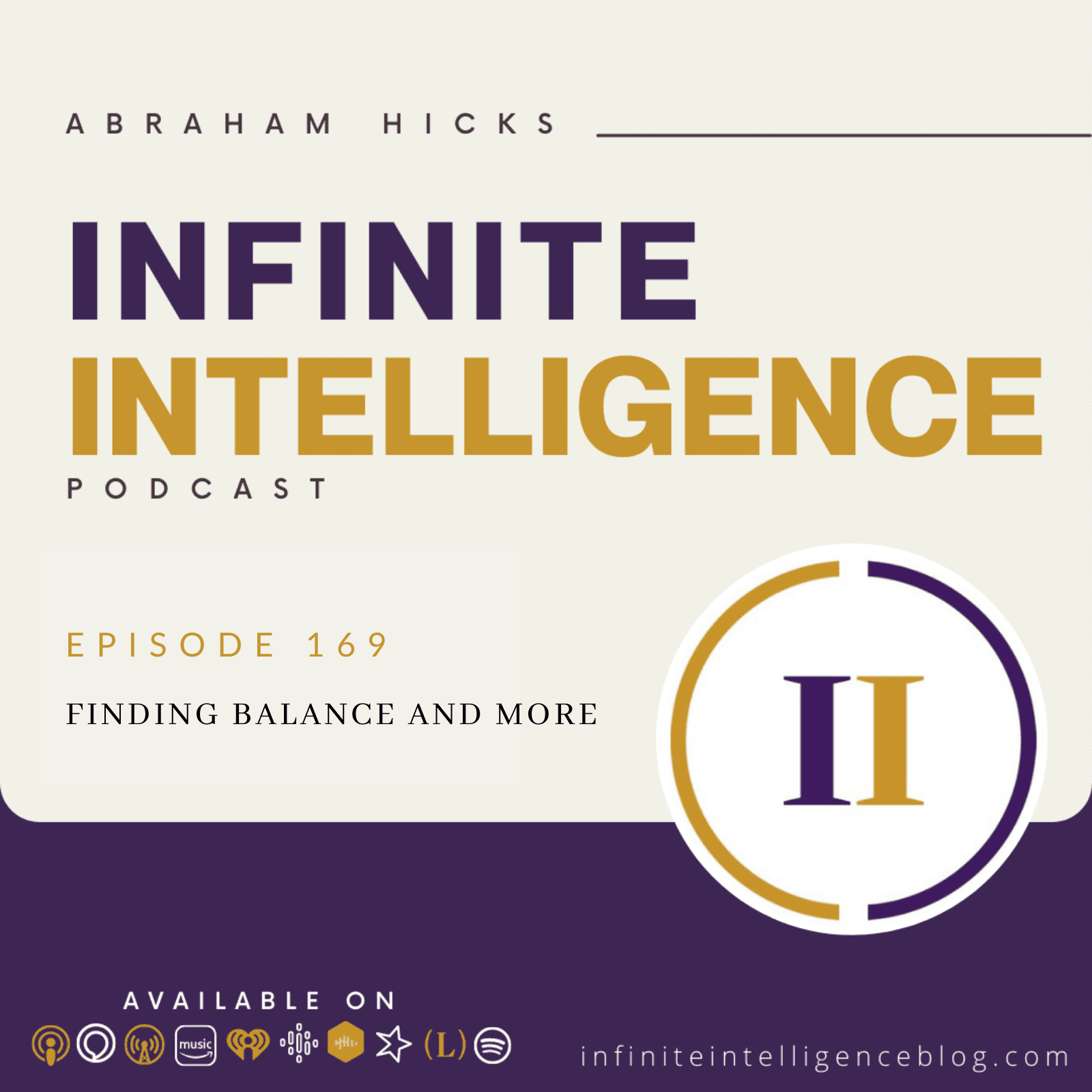 First of all, thank you, Abraham purchasing the best channel, vehicle loving person, Esther who just finds the right word, the right feeling. Oh, we got a good one. We got a good one. But you all are good to. Absolutely. Thank you so much. So many questions. Some of them are academic, some of them are practical. I’ll start with the one that actually got me to lay it up. Yes. I’d like to talk about the balance between appreciation of the now and then the becoming of what’s more.

So many times, as I keep doing this work, things just pop up instant manifestation. And all of a sudden, I’m thinking about the next. But I don’t want to miss appreciate. Well, before you go too far, we want to point out to you the perfection of your question. Because you said, I want to understand the balance. And then you went on the balance between appreciation and the manifestation of it. And that question was perfectly balanced. In other words, because you understand, as long as the appreciation feels keen, then you’re right there. Here’s a very, it’s gonna feel odd example.

Esther remembers many years ago, sitting and looking through catalogs, they came by the hundreds to her mailbox. And she would save them until she had an evening that she could sit and look through them. And for the first hour, it was really fun. And then after a little while, she would feel worse, and worse. And worse, and worse and worse. Because there were so many unmanifested things in those catalogs. At first, it was that idea? Oh, yeah, that would be fun to experience in this way.

But after too many things that you don’t yet own. It kind of out of balance any Have you ever done that to yourself? Where at first, it’s fun, and then you just think I want to die? Because you’ve accentuated the gap between your desire and your manifestation and you just got out of balance? Can we turn that around a little bit? So more like, more like, I know, from a young age that my desire will take me anywhere I want? Yes.

But if I stand on that desire, not paying attention to the resistance, I’ll get there. But I’ll feel rundown when I get there. So more and more, you can’t even really get there. You can’t really get where you want to be without feeling good in the process. You can get to some manifestation that sort of replicates it, but the true essence of what you wanted, you miss that mark, unless you’re feeling good. Absolutely.

So sometimes you get to the thing you thought you want, and it doesn’t feel that exciting anymore. Sometimes it’s just the thing that’s taking you to the next. It always is that not sometimes it always is that 100% of the time, it’s that. So there’s two parts of me. So when you hear people say to their children, or you say to your children, are you never satisfied? The correct answer is no. No, in the sense that there will never be an ending to the desires that are flowing.

But that balance that you’re talking about is the satisfaction in the moment. Because what you’re reaching for is seeing your goal, or your desire through the eyes of source. So have a source see it. It is happening. It’s a done deal. It cannot not happen. It’s right on course, is unfolding perfectly, and it’s feeding you just like you wanted it to do you know that desires unfolding are like fuel. They’re like fuel along the way and you never want to run out of something to eat. But so then what does it matter? The desire doesn’t matter as much I more and more think what’s the momentum doing right now.

Because that desire, I thought I want it it’s gonna always always evolve into something more. So why be so not allowing myself other aspects of life you did that you figured it out. That is the secret to all of this. That is the secret to all of this because when the desire itself is the manifestation you’re reaching for, you’ve got it made. But when you need the manifestation of the desire, which isn’t happening yet right now, now you’re in this lack for place and now the desire shuts down and so to the impulses.

When you’re happy for the existence of the vortex then the vortex must reveal itself to you in all of the tangible ways and that’s where the surprise and delight comes. But if the tangible ways are necessary for you to feel it now you can’t get there from there. So I always say if you’re not trilled or satisfied even in the becoming you’re missing the point but There’s a few things I’d like to clarify is there different levels of evolution between your inner being and my inner being are so one big collective evolution and there is doesn’t even matter to make that separation, it doesn’t matter make the separation, but there are lots of points of focus, okay?

Because I think, I think other teachers will teach you the result, you know, you talk about shifting, but it seems maybe for simplification, you start off kind of focus on one reality that we’re all sort of CO creating, whereas other people tell you, Well, you, there’s all this versions of you that you serve, kind of tune in, like a TV or, or whatnot, you’re telling me all up to that point. If there’s different realities, and it matters, just what I focus on, then that’s great, because if I know someone was, say, being raped, but I’m focusing on them, then the trees not falling at all, it’s not even happening.

It’s not just that I’m putting my head on the ground. Because you clarify that for me, as opposed to, I’m just not aware of this reality that still, how are you to make sense of this, it’s important to understand that at the basis of everything that you want, is a feeling, everything that you want is for the feeling of the energy flowing through. And so what you were talking about earlier, we want to touch on that first. So which is it life helps me know that I want these things, and then these things become a bigger idea.

And then the idea occurs to me, and now I’m ready to proclaim to the world, I want this, I desire this thing. At that point of the bursting forth of that desire, there is an energy rush, that really is what you’re all looking for all the time. So the optimum life experience would be to be able to keep yourself in the position where you could be translating the things that you’ve been asking for into the idea and into the idea and the idea, the only diminishment of life is when you take that idea that now is flowing, and for some unnecessary reason, slow it down.

And you are not even all that aware of what you’re asking for. Because life’s coming fast, and it’s stacking up and you can’t really identify the pieces that you’re putting in there. Not really. But these pieces are becoming holes. And these pieces and holes of pieces are gathering cooperative components. And so there’s quite a business going on here. In other words, there’s something really remarkable that is happening, that your inner being is just crazy for your inner being is just loving the becoming because it’s the evolution of the Spirit is the evolution of the whole is the evolution of All.

And those who are watching it from the outside will think that your high is about the stuff. They won’t understand that your high is about the high and that the stuff is a consequence of that. Absolutely. We’ve been talking about this for a while in this way. And we think this is a good way to bring this all into a common place for you here today. If you need the thing, to promote the feeling, you just can’t get there from there. But if you believe that you can promote the feeling and you’ve mastered that, then the things have to come.

Because once you’ve mastered the feeling you’ve seen steadied the vibration. That’s that balance you were asking about. And once you’ve steadied the vibration, a consistency will happen, which will cause momentum. And the momentum is necessary for the creation to come about. But when you want it, but unwanted but unwanted, but then you don’t allow the momentum to move into that creative. So here’s what I know, I had this blessed experience where I had, the best way that I can explain it is everything come version to this point of being a singularity, where every sound became the most harmonious, every image became just this white, pure life.

And the best I can describe it is crystallize. Pure Love well being, we call that in alignment with your inner being of seeing the world through the eyes of source. And so I had that experience where I know it’s not that I will get there, I know that part of me is always there is always calling us what’s actually that this nice river that’s always flowing, and it’s pulling me to so then there’s this little part of me here and the real world trying to sword.

We over talk this and we overthink this and we make it more complicated than it needs to be. I’m getting two questions. So we are out of time. So you’re getting to the question, you’re getting to the question, what is the question? Like you say every day you wake up and you know it’s basking on it is it’s getting to that elevating yourself to that point. So every day I wake up and it’s almost instantaneously sit on my bed and I just feel the flush of source through me. There’s other times where I do the exact same thing physically and I’m thinking the exact same thoughts but there is sort of a underlying, unaware emotional part that’s pulling somewhere else.

And I don’t always know why. And this is step five, being okay with it and letting it play its momentum. It’s being okay with it. And it’s not trying too hard to figure it out. And it is this when you know you’re high focus and watch yourself, increase the momentum, by your focus. When you know you’re not there. Bail out. Don’t try to make it happen from there because that just holds that place in that place.

That strong enough that will keep showing up. If you don’t try to fix that when it feels like that. You give your attention to it when it feels good and you withdraw your attention when it doesn’t feel good. What happens is pretty soon that dissipates completely and it becomes a non player in your experience.