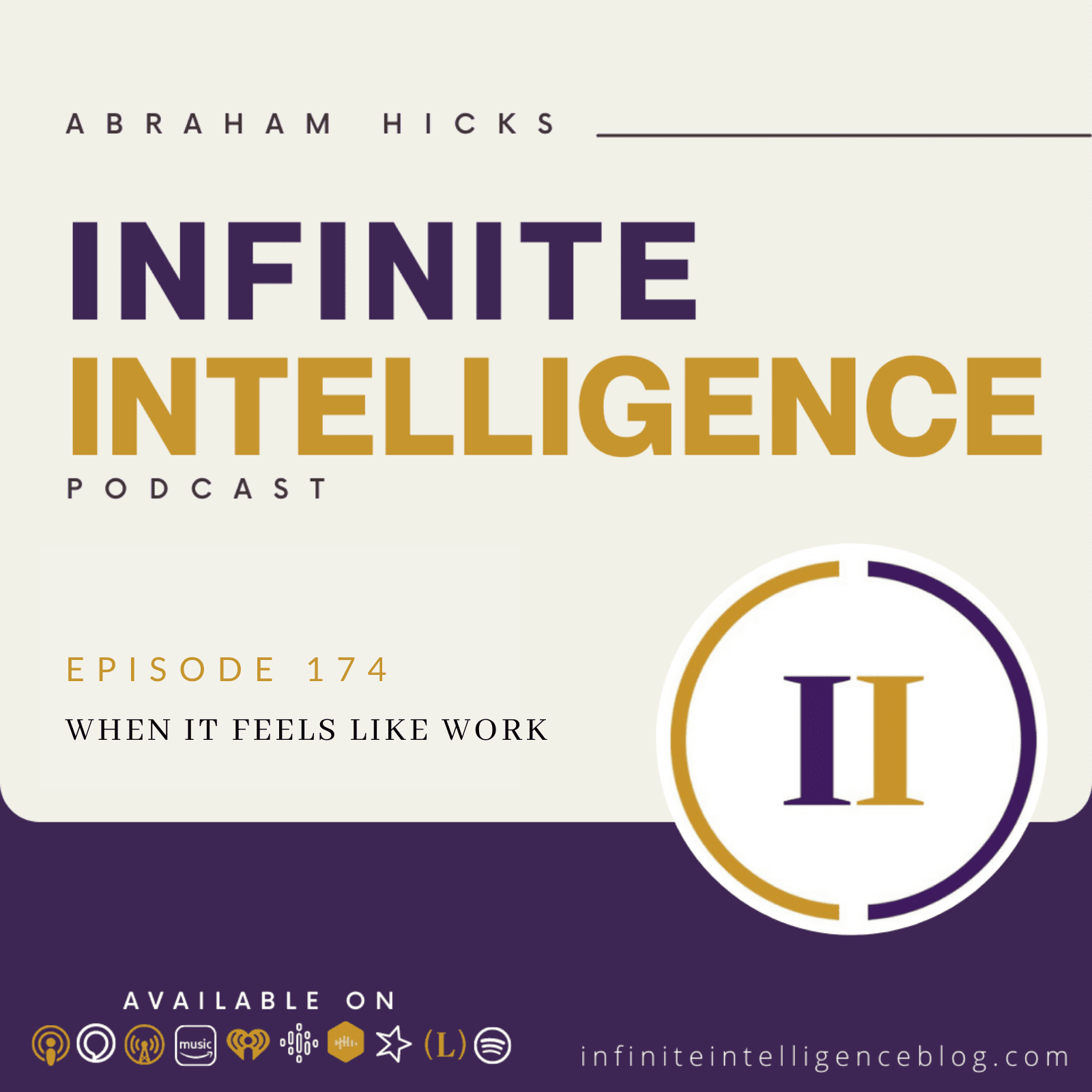 I want to just talk a little bit more about what this gentleman was saying. I’m always a little nervous when I get up here. What’s that about? Use different words. Okay? Sometimes it takes me a little while to settle in. Yeah, I can feel the vibration of this in a very high place. I feel that I’m vibrationally up to speed with this. But I have some old resistance about being in front of people or, or, or that’s subsiding. In other words, this is what we’re talking about, this is the work. Don’t just say, I’m nervous, and then just leave it there. Don’t leave it there. Leave it in a different place. I’m not as nervous as I used to be. That’s true. It’s like comfortable. You’re actually borderline obnoxious at times.

One of the things that you mentioned, I think Anna can Kuhn made when the first time you mentioned that? Someone said, we used to talk about 17 seconds? And you said, Well, 14.5, actually, well, so we’ve leveled out around 16 seconds. Now it’s about 60 A week backtrack. question I have is I do feel I want to settle down. You know, I There are a few people in the audience that I talked to a lot in everyday where how are you? Where are you? You know, we’re wanting to feel good.

And it feels like work, but I do we we are having fun. But sometimes for me, I do feel like it’s, I’m making it a little bit too. If it feels like work. Yes, for sure. It’s terrible price to pay this happiness. Yes. Right. When I’m doing good, it’s awesome. But sometimes when it’s off, it feels really difficult to not feel that good feeling when it’s off. And it feels difficult. Leave the subject. Yeah, leave the subject that is causing the awkwardness? Because if you stay on it, you’re just going to compound it, correct? Yeah, I agree.

Does that make sense to you. In other words, if you feel good, milk it, talk about it, engage others, if you’re not feeling good, don’t try to work through it. So here, you’ve got an issue. And you’ve already got a lot of engines pulling you in the direction of what you’re wanting. But you’ve got an active issue right now. And a strong enough resistance. So now you want to talk about it. What do you think is happening while you’re talking about it?

Well, you might be putting more emphasis toward what you want. But you’re usually putting more emphasis toward what you don’t want digging in and trying to figure it out. Usually what happens is, it just piles so many engines up going in the opposite direction, that finally you just sort of have a strong clarifying moment, and launch a whole bunch of rockets of desire, but you’ve made way more work for yourself than you need to. And that comes because humans Beloved’s their hearts.

You know what’s coming next. You believe in struggle. You believe that there’s a bigger payoff in harder work. And we want you to know that the only reason the work is hard is because you’ve got resistance going on. It doesn’t need to be that hard. And you see it sometimes and others, don’t you? Don’t you just see sometimes people just seem to be deliberately making their life harder than it needs to be. Yes, absolutely. Yeah. I feel like lately, it’s not so much that issues that I’m dealing with it’s strong desire.

And it feels so powerful, like, you know, saying to us that your strong desire so strong exposes resistance, I believe so it because it feels like there’s so many things I want to experience and do. And it’s like, I think I’m wondering, how can you do all of that? I love this place. I’ve been here today, I want to move here. I mean, just it’s not like one of 20 places I want to like, even in that statement, there are so many things I want to do. And the implied unspoken thought is that I don’t have time to do. Yeah. And so while you’re pretending like you’re talking this way, you’re really talking this way.

You see what we’re getting at? And how would you know the difference because the word sounded pretty good, by the way you feel when you say it. So let’s just do this. Let’s just talk about that subject or some other subject where you are aware that you’ve got some resistance going on, just talk to us. I know I have resistance going on around getting all the attributes of a mate that I want, because I find I’d let’s leave that. Leave that. Leave that for now.

Because we’re just gonna pile a bunch of engines up. And it’s too early in this cruise experience to do that. Okay, so you asked something more like what you were just talking about. So, career wise opportunities places to live experiences. Pick one of those. Do you see what’s going on? Yep, mate. Yeah, I’ve got a lot of stuff career Yeah, cool. Just pick one. Okay, let’s easiest one, pick the easiest one. Pick the subject that feels like it has the least split energy. I think it’s having a lot of fun doing experiencing new things. So just talk to us.

So new adventures fun people to be around just maybe even a work situation that brings all of that together so that it’s just all one of my life made it more complicated than it needed to be. It feels complicated, because you can’t possibly clean it up when you bring work into it. Yes. Not Yeah, money. Yeah. Oh, that. So I would like to thank you, I would like to find a way to you getting the idea of this, aren’t you? If the goal now just think about it from this standpoint, if the goal in this conversation or this, let’s call it an exercise, a practice of vibration, if the goal is simply to get the train going really fast in the direction of who you really are?

If that is the singular goal, then don’t you just want to talk about things that get that train going easily? Yeah. Are there any things that just let it go? free flowing? Are there any subjects? We’re asking all of you to think about this? Are there any subjects where you are free flowing? Any subjects? Yeah. My lovely relationship with my granddaughter and my relationships are great. So talk about that, for no other reason than to get the momentum going to get yourself in the receptive mode. Yeah, just talk about that. I’m meeting wonderful people. Now you just changed the subject.

Oh, but these are relationships. I mean, they’re, they’re fulfilling relationships, and you want to talk about everything at once all the time. This is how I feel lately, really, most everybody does. We want you to just pick a subject that is really free flowing, okay. And just feel the exhilaration of the momentum gang. Okay. The relationship with my granddaughter is that is that one some jealous, okay? It is. It’s fun. It’s connected. It’s it’s just a powerful, fun relationship where we enjoy each other’s joyful, so joyful, fun feeling, the sharing that we have, it’s a close, loving fun.

This is an example of someone who when I focus upon her, I have so little resistance because my adoration train is just moving so fast. I adore her brilliance, and her openness, and the easy way she is with me. I love the way I feel when I think about her. And the way she seems to feel when she thinks about me. I love the ease of it. It’s like we are blended together as two people with no resistance whatsoever. It is delicious for me to think about her unfolding life and all of the exhilaration that is before her. Now what happened then? Love that felt good. Did that feel good? That’s exactly it.

So momentum momentum. Now take another subject. Now here’s the thing. You don’t need to take another subject. Because if you would just focus on that subject, you would be in the receptive mode. And all of the things that are in your vortex would just occur to you at various times. Does that seem odd? This is seem odd that you could pick anything that causes you to line up. And then, because you’ve picked something that’s easy for you to line up, do you think that’s a subject that you will ever get bored with? No, no? Does it seem too narrow? to only think about one thing it does to most of you, most of you would say?

Well, I would get bored if that was the only thing that I could think about. But we want you to just think about it long enough that you can feel what unrestricted momentum feels like. We want you to feel what it feels like when you’re not throwing any resistance on your own path. But just feel what that feels like. And then as new subjects come into your experience as they must because you’re out in the world. Now they come with resistance, not there. So you could be like Jerry Nestor, dragging the resistance behind them and not even knowing they were doing it.

Because the power of the engine of the momentum of your connection is so powerful. In other words, here’s the strong statement. When your desire is strong enough it doesn’t matter what you believe. So don’t you want To find a way to get your momentum going, doesn’t it make you want to be less prone to dealing with issues? Think about the way so many people approach so many things. They bring their issues to the table first, come home from work, what do you talk with your mate about? You have a good day. Oh, you remember that guy that I’ve been telling you about?

But you do have like everybody, some subjects where you flow more easily in sub subjects where you flow with more difficulty and what we’re saying to you stay off of the difficult subjects. Let the ones that flow, easily flow and the ones that flow easily, will then bring the others along. We’ll talk a lot more about this in the days to come because we’re really fine tuning vibration here. This is a masterful gathering. You’re understanding the laws of the universe, and you’re in the optimum environment to fine tune. So happy to be here. Yes.