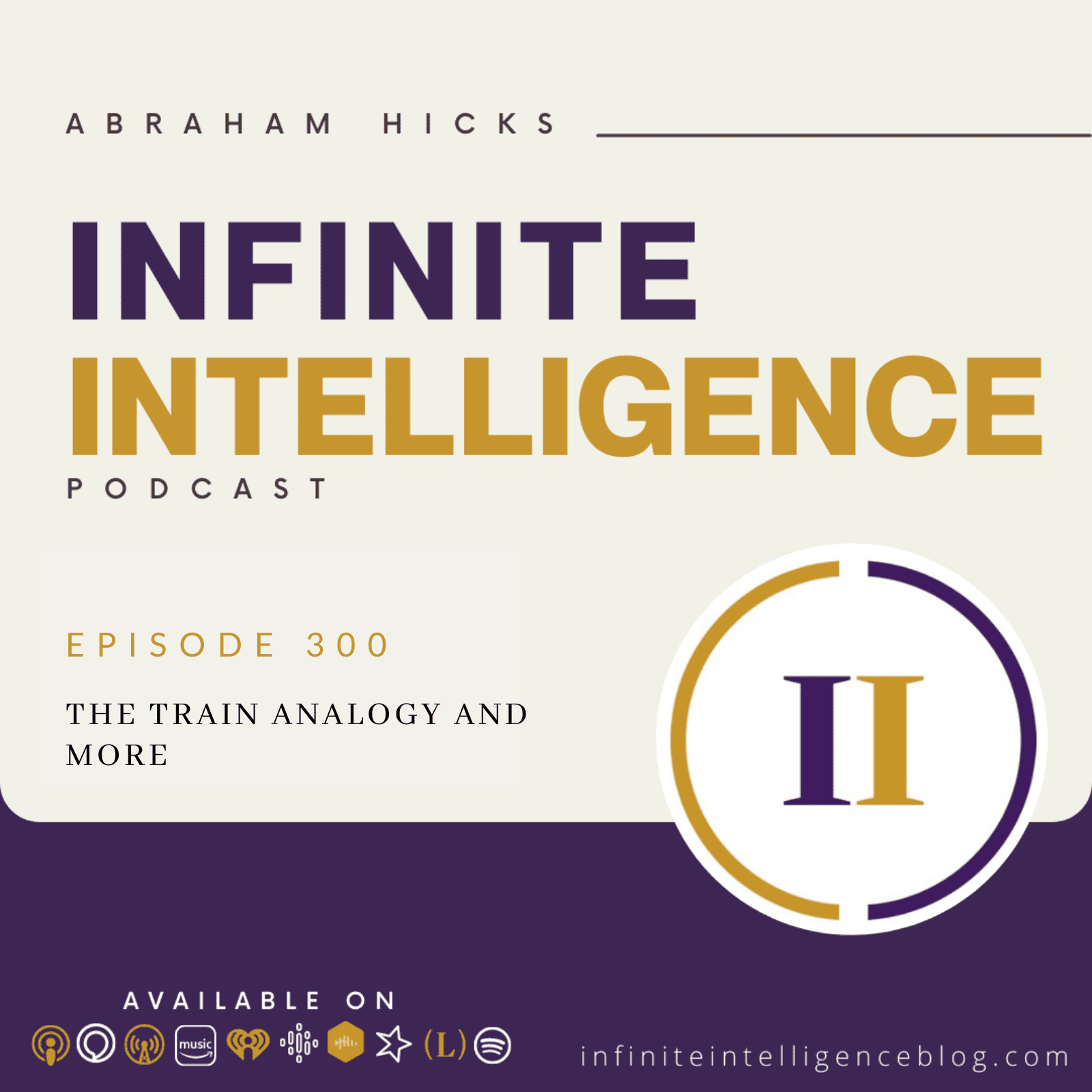 Recently, we’ve been offering a very simplistic, almost annoying to you analogy. We like it a lot that goes like this, when life causes you to know that you want something, it’s like you are a train on a track and the track is on a very flat piece of land, there’s no hill, there’s no gravity affecting the outcome of this. And so you desire something and you plunk an engine on the front of your train going that way. But then, as you say, but I don’t know, it doesn’t really seem possible, you put an engine on the other end of the train going the other way. So your desire is going this way.

But your doubt is causing you to go that way. And you’re not going anywhere, because you’ve got this equal energy pulling against itself. And if you’re like most people, then the more you don’t have what you want, the more you ask. And then the more you ask, and notice that it hasn’t happened yet, the more you put an engine on the other end of the train. And so you get all of these engines stacked up going in opposing directions, and then you feel stress, because you’re pulling against yourself. And that’s really the primary point that we’re wanting to make here.

Only you can pull against yourself, you are pulling against yourself only, there are no other forces, preventing you or hindering you or working against you is just your thoughts and what they are doing to you. So we’re eager to talk with you about anything that is important to you, we want you to come to know the power of the Source within you. We want you today to get a true sense of how your desires are culminated in a vibrational reality, and that there is a powerful pulling of you toward them.

And you know, the reason we’re telling you that in this strong way, a very powerful calling, very, very powerful calling Source Energy calling on your behalf, calling you home to who you really are. It takes a lot of focus on unwanted things for you to set up things that don’t let you go in the direction of what you’re really being called to. But that’s easy to understand, isn’t it? Because you’ve been trained in this physical format, to be objective to weigh the pros and the cons and the pluses and the minuses?

And we know someone at dinner the other night was asking, why do we as humans, this person said, why do we as humans seem to so easily gravitate toward complaining are toward our awareness of what’s not working out? And they were speculating about it. And Esther said, I think it’s because we innately understand that we are supposed to feel good, and we innately deep down, understand that things are working out for us and that things are supposed to be good for us, and that we are good people.

And so today it is our desire that as we are chewing together, that you will get a sense of the value of you leaning a little more in the direction of what you want and a little less than the direction of what you don’t want. We want to awaken within you your own guidance system. We want to convince you that you are a vibrational being we want you to understand that your inner being exists and that your inner being is aware of you not just mildly aware of you, and not just generally aware of you, but intimately and accurately aware of where you stand right here and now in relationship to who you become.