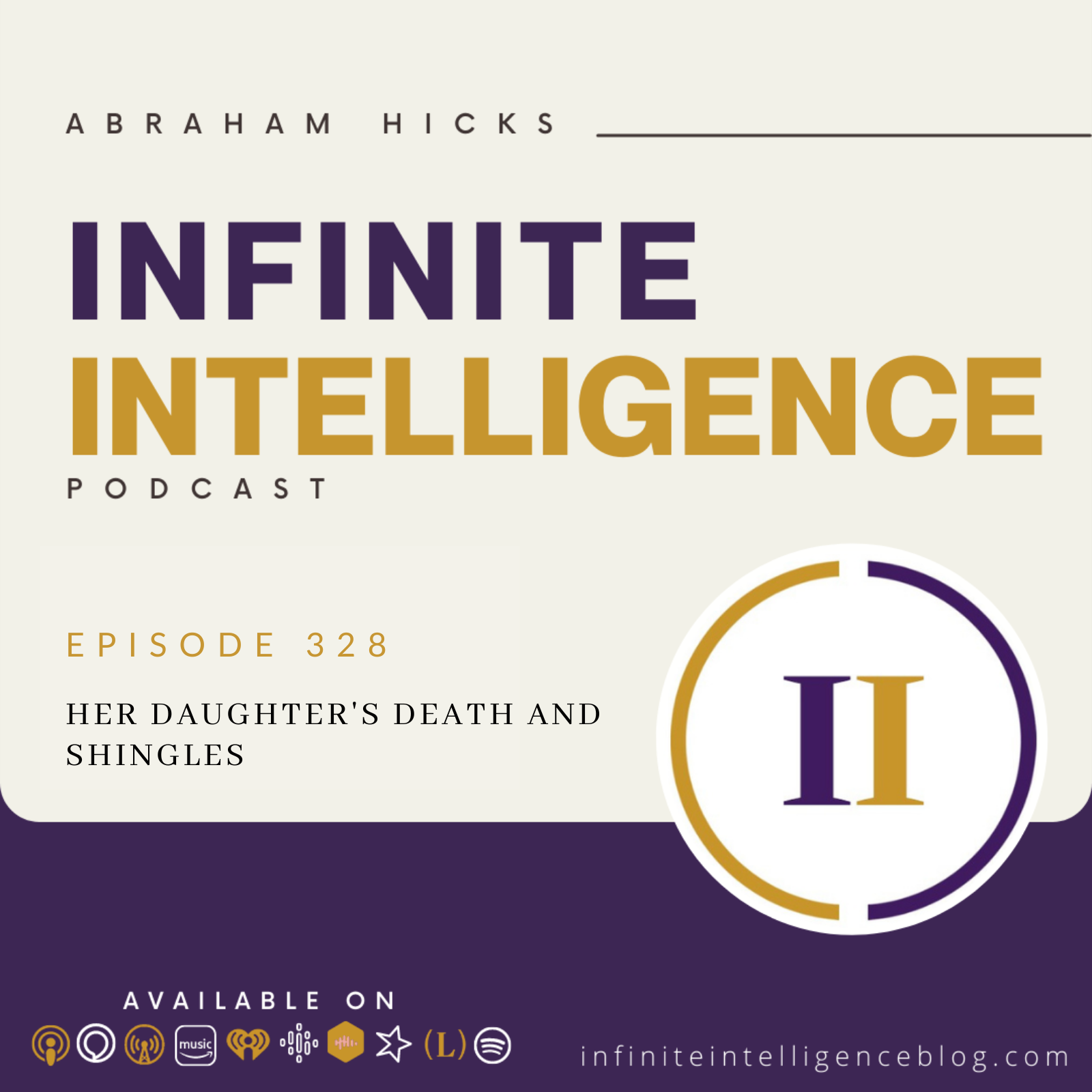 And better is a judgment that only you can make better meaning you’ve given birth to a desire, and you’ve caught up with it, and then given birth to a desire and caught up with it. That’s what Betterment is. That’s what appreciation is, that’s what expansion is, that’s what evolution is, it’s eternal. That’s why you’re here in this body. Being here in this body was essential to the expansion that the whole of you seeks, feel how important it is.

And therefore how much appreciation your inner being feels must feel for you, because of what you’re providing for the whole of who you are, while you’re speaking about the body. And one of the ways that I want to make sure that I’m doing better is by not attracting shingles at the anniversary of my daughter’s death, which I’ve done for the last several years. And it’s one of the reasons I came here, because her birthday is in about three days. And I don’t want that anymore.

So you’re already acknowledging here how why she is she knows that this is a subject that is upsetting in nature. And she knows that she hasn’t moved beyond some of that. And she knows how that resistance shows itself. And she’s expecting it to show it to her again, differently. I’m that’s what I’m hoping will happen differently. Tell us about how you feel about your daughter’s death now, not then. Not then. But now. What kind of ease? Are you feeling about it?

And so there is not a vibration within you that’s resistant to a strong desire. Shingles are just really good evidence. It’s sort of like burning the house down in a different way and a different way. Exactly. Yes. Yeah. Yeah. And that’s why I really was hoping you could tell me I’m doing better. Because I don’t want that. And I do believe she’s around. She sends me signs all the time. Well, we know that you know that. And so now let’s just talk about the practicality.

But you can tell when you’re doing that you’re stacking up unnecessary engines going in opposition. So you’re not doing much of that anymore, are you not as much so it’s a whole different thing, isn’t it? So on this subject, do you feel more in alignment or more out of align more in alignment? Well, then you’ve got the answer to your own question.

Otherwise, you can’t be in alignment and show signs of being out of alignment. And you could not have found your alignment without knowing you were out of alignment either. You didn’t do something wrong. The shingles weren’t evidence of wrongdoing. They were simply evidence of resistance that is so much softer now. That they will be non existent. Happy Birthday Do you believe that don’t you? Yeah. Enough. Yes. Really good.