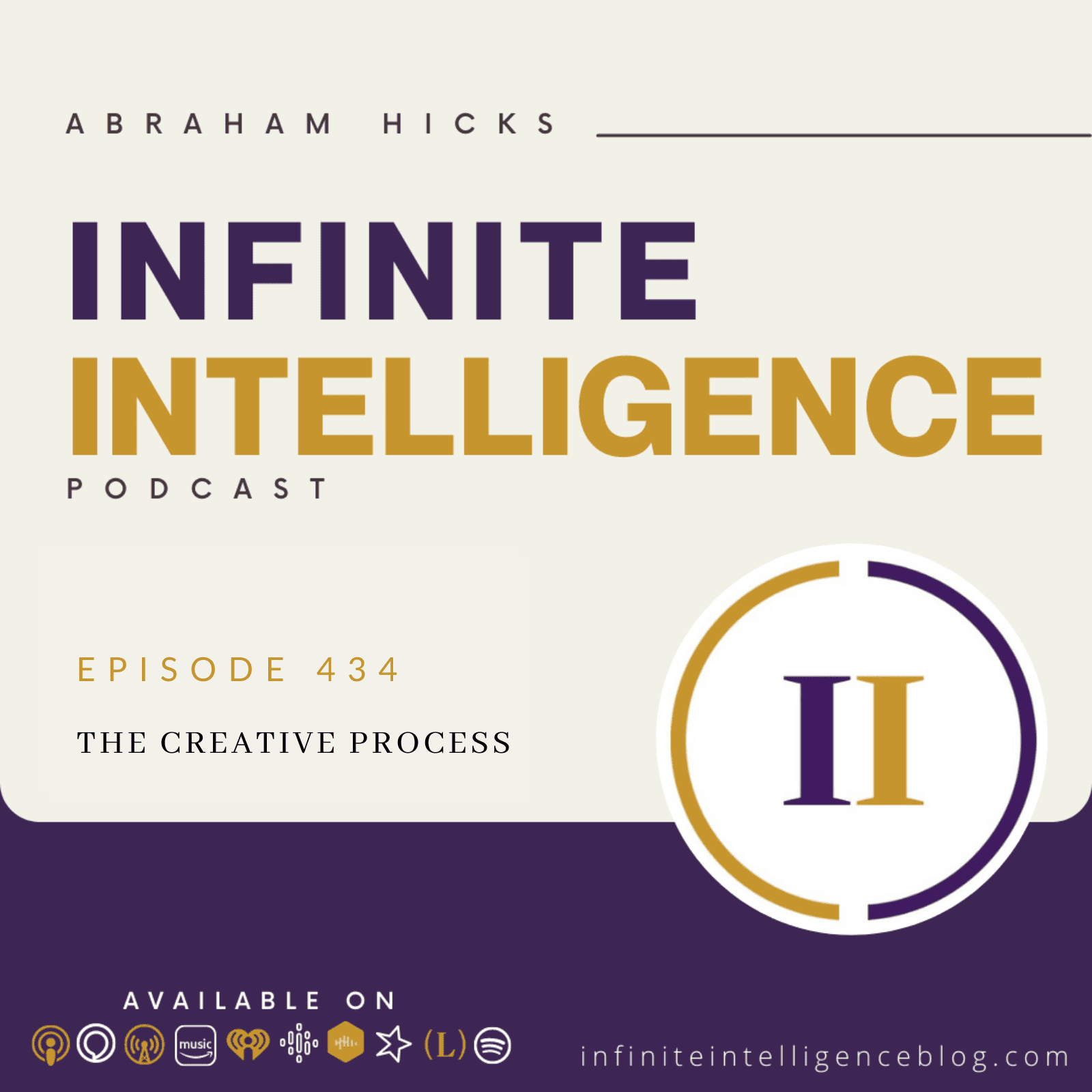 So we’ve been breaking it down in steps, we’ve been saying to you that there are three important steps, we’ve now named five. But there are three important steps to the deliberate creative process or to the process at all of creation. First is ask and contrast causes that to happen. You don’t even have to know you’re asking to be asking the variety just causes you to choose your preference, you are wired that way.

You are born with this personal interest nature that makes you personally reflect on what would be personally better for you, you just can’t help preferring It’s who you are, as an eternal being is who you are as a powerful creator. So you’ve just asked automatically, and then the asking you launch a rocket and your inner being and all that is the energy that creates worlds fixates on what you’re asking for, and gives undivided attention to it.

Jerry Esther’s dearly beloved and dearly departed, not so departed, but sort of kind of departed, he croaked anyway. He was wanting to write a book called Turning thoughts to things, because he understood that things are coming from vaults. And we’ve been in the process of explaining how thoughts are turning to things. And so today, while we are here, together, you will come to a full understanding of how thoughts are turning to things, how it is that the reality that exists, in your experience is coming to you by the thoughts that you are offering.

You know, a thought that you offer often becomes a more practiced thought you call them beliefs. And a belief is a powerful thought. Sometimes you believe in opposition to desire. And when you believe in opposition to desire, your desire cannot come about because your belief is so strong. And so when you get it that when you ask and source answers, that if you can find a way of softening your awareness of what is is like suspending what is long enough that what you desire, can gain enough momentum that it can come into your consciousness.

But that’s a competing thing for you, because most of you what you can see and hear and smell and taste and touch is big competition, to something that you can’t see or hear or smell or taste and touch something that you’ve got to feel. That’s why in religions terms, sometimes that is referred to as faith, it’s faith in the unseen. Wayne Dyer wrote a book called, you’ll see it when you believe it. Because most people don’t believe it until they see it. And most people do believe what they see.

And we get why you’d believe what you see, because there it is all fact based. But we want you to understand that when you keep believing what you see, you can’t get something other than what you’ve been seeing how you’re going to create a reality there’s an improvement over the one that is if you keep just regurgitating the one that is. So you didn’t come as Regurgitator you came as creators, you came as definers of new and improved.

And because you are eternal beings, it’s got to be that way. You have to be able to keep redefining what it is you prefer, and the universe will continue to deliver to you what you prefer. So here’s the big picture. So you came into this physical body you sift and sort and you ask, and as you ask for things that are based upon the love based being that you are the ongoing eternal being that you are your source energy He joins with that vibration and holds the vibrational focus upon it.

And then you find a way through meditation or through appreciation or through deliberate focus. We’ll talk about all of those things today. And you come into vibrational alignment with your new and improved vision or decision about what you want. And as you maintain that a little while, law of attraction begins responding to you in your unified state.

And as law of attraction responds, then a momentum begins to ensue. And as that momentum ensues, at first, you just feel good at first, when you suspend contradictory thoughts to your own well being when you stop doing that just for a moment, you feel relief right away. And as you allow that relief to linger longer, then what happens is that vibration that you’re sensing through your physical senses, it’s a visceral feeling within you becomes faster emotion, more momentum, and then thoughts begin occurring to you, images come across your mind. In other words, these vibrations are now being allowed by you to turn into greater and greater and greater and greater substance.

And so these vibrations become thoughts. And then these thoughts become words. And then these words become impulses, and then the impulses become life experience. In other words, once you get on the vibe of who you really are, and what you’ve really asked for, and this energy that creates worlds is flowing with you, you become invincible. One who is in that state of alignment, who is allowing this energy that creates worlds to flow through you, you are more powerful than millions who are not you see, who are not in that state of alignment.

But it’s a little tricky for you, because your what is reality will keep calling you for its attention, because it’s surrounding you, the money that you’ve gotten your bank account right now will feel more significant to you than your vibrational currency, which is enormous. Because you haven’t got a checkbook balance, yet your bank isn’t sending you statements or information about it. And so it’s so easy to take score of what’s already been manifested into things, and harder for you to pay attention to what’s in the process of coming.

But if we can get you to start paying attention to what’s in the process of coming, you’re gonna feel satisfaction all the way along the way it would be like, you take a kernel of corn and you’re very wise, you’re a farmer, you’ve been for a while, you have fields of this stuff, you put a kernel in the soil, and you tend to the soil, and you know that if you allow it to do its thing that it is going to turn into a greater thing that then can be of greater benefit to you.

But if you were treating that kernel of corn the way most of you treat the kernels of corn that are in your vortex, you would walk out and stomp on it, where are you, I need to see you now. I’m just gonna dig you up and eat you now. But you know, there’s a process, there’s an evolutionary process, there’s a gestation process.

And if you know that, and we know you do in some regards, and if you trust that, if we can convince you to begin measuring your evolution of desires, by the way you feel by the satisfaction factor, because when you are wanting something that you doubt, there’s no satisfaction there, when you want something that you believe there is more satisfaction, and even if you haven’t received the impulse to act just now. So I’m gonna give you one more really fast analogy, and then we’ll be off to the races with you.

So you’ve asked, Source Energy has focused and now in this vibrational reality, which we’ve been calling your vortex of creation, law of attraction is amassing the cooperative components. And there is a reality that is vivid, it is feasible, it is sensible, you can sense it. It is not yet tangible, because it hasn’t turned into what you can see and hear and smell and taste and touch but it is a reality that is noticeable. And as you allow yourself to sense it and know it, all doubt is suspended you close the gap and you stand in knowing of it, which is the perfect vibrational state of being for your realization of it.

Now what happens as you’re in that state of vibrational realization, it begins to occur to you in other words, we’ve been describing this as what’s in your vortex begins to flow into your reality. But you’ve got to prepare your own vibrational beingness, like the nucleus of the petri dish that you’ve set everything just right, so that your experiment can grow in the way you want it to. So when you’re tuned in, tapped in turned on, when you’ve meditated or when you’re happy When you’re in a satisfied state of being, then that vibration becomes realized by you.

We mean that in the fullest sense, but you know, when you created it, you created it. You created it with the contrast that’s when you ask and when you ask it was immediately given that was when the creation took place. It’s created, it’s done. What are you going to do about realizing it?