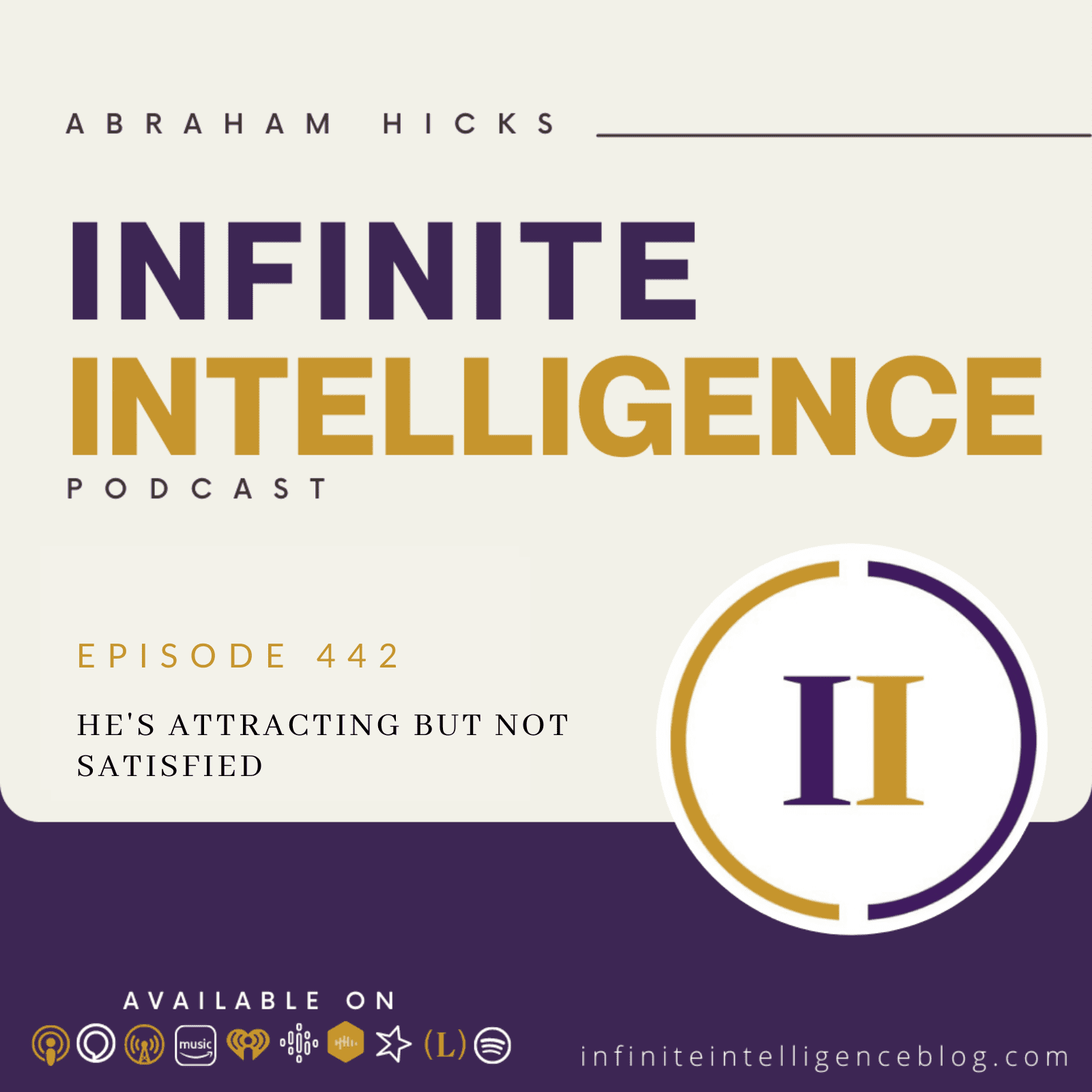 Greetings. I’m having an experience where I attract things to myself. And then based on whatever is taking place internally, I suddenly find myself not satisfied with the things I’ve attracted to myself. Well, there are two things we want to say about that. One is, since you’re always in a place where you can choose again, so what, you can’t get it wrong, and you never get it done. And the reason that you can’t get it wrong is because it’s never done. So you get to keep choosing again, and again, and again.

And again. So that’s one thing. And that’s important to know you’re never bound, you’re never not free. You always have choices, you can, in essence, walk right back out the same door, you just came in, really you can. But the other thing that we want to say, even before we said that, that’s the place that we had to start because that’s where you were. But the thing that we want to say even before that is if you start in a more general place, so that your choices are more inspired.

You find yourself in that situation, less and less and less, because you can’t have an unhappy ending to a happy journey. Yeah, that was really good. Thank you. Just slow down. That almost sounded like what we were saying is slow down and get it right.

But that couldn’t have been what we were saying because we said you never get it wrong. So we didn’t mean slow down and get it right. We meant slow down and have more satisfaction along the way. And then you’ll have more satisfying outcomes. And this whole day led to that perfect interaction, didn’t it? Yes, it did.