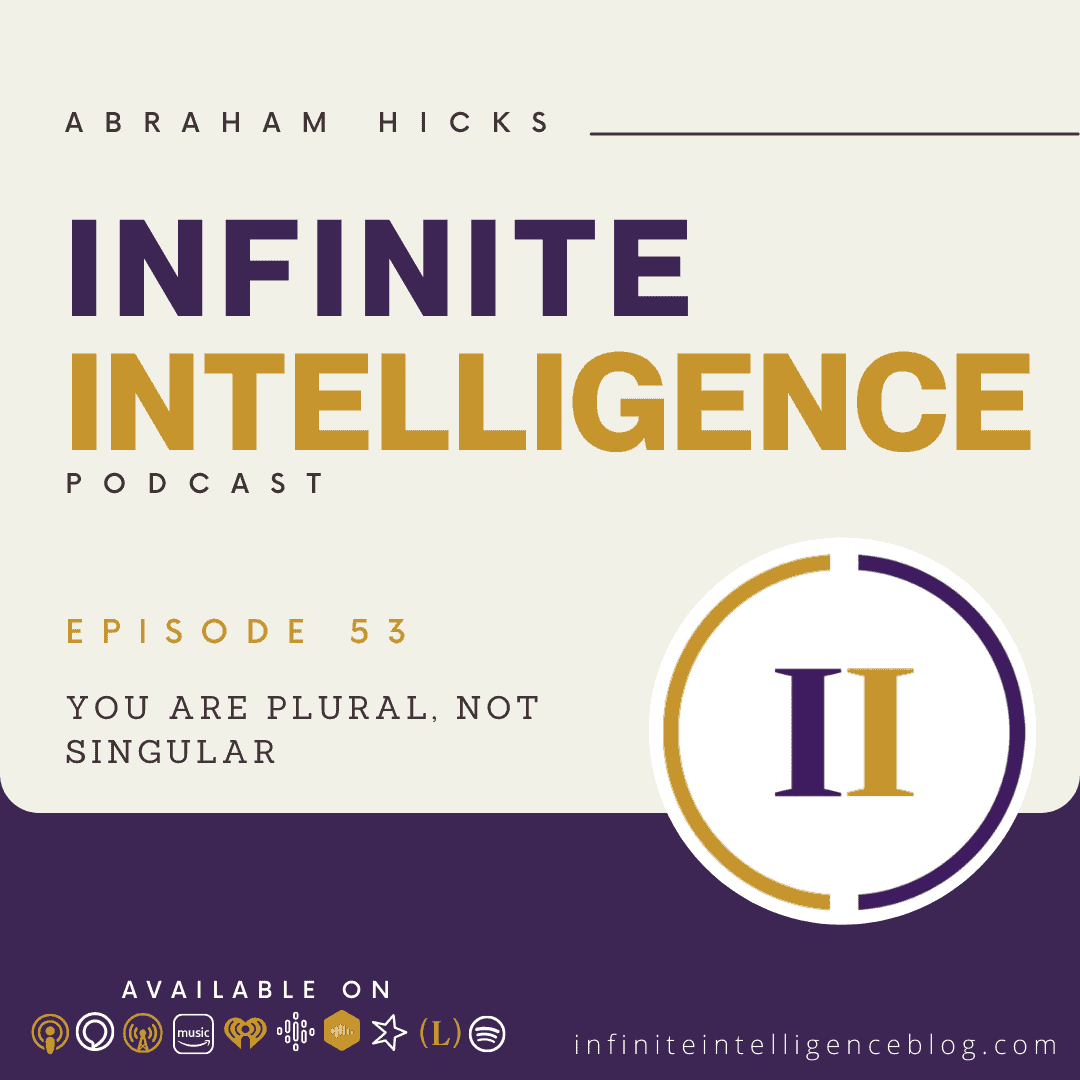 Infinite Intelligence Episode #53 – You Are Plural, Not Singular

I’ve been expecting you, Abraham. I’ve been listening to your recordings all throughout high school. And this year is my first year in college. And I feel like I have some added resistance to me that is keeping me from like floating. I feel like once I have certain things figured out, I’ll be able to like levitate. And that’s true of everyone.

Yeah, I play the oboe. And that’s where I want to go for my profession. And I was wondering how to get better at it, I guess quicker, because I’ve heard you say in multiple recordings, it can take hours, not years, there’s certain limitations that are keeping me from it. And I also feel like what you said about putting your hand on the stove, you don’t need to do it again. And again, to know that that’s not what you want. But I was wondering if I left my hand on the stove a little bit longer? Would that like propel me forward?

So cooperative components are coming. And as they build one upon another, then the momentum becomes so much that it just bursts forth in a way that if you’re in the vicinity, you can receive it. So that’s what that thrilling, the idea is that you’ve been in the receptive mode. But most people, when that first happens, they’re not accustomed to maintaining that they just happened to be accidentally in a good frame of mind.

And so they received the idea, but they aren’t good yet at maintaining the vibrational stance that holds them in the receptive mode. So it’s true. There’s a lot of momentum that is built by knowing what you don’t want. But once the idea comes, going back and forth, like that only slows your momentum down. Once an idea bursts into your mind. And you know, for sure, this is something I truly desire, then you don’t want to be or need to be slowing it down to goose it up.

Once you know that you want something with the power that you know that you want this, you don’t need to add any more momentum by sifting and sorting, you just don’t need to do that. What you do want to do is tap into the feeling of it, and let that momentum grow. So you don’t talk about limitations. You talk about things like how much I love it, and how much I like it, and what the feeling of it is like, tell us when you are in the action, the inspired action of actually making the sound come through that instrument.

Can you describe to us what the emotional experience of that is for you, it almost feels like this being here. I feel like right now my body is a little fuzzy. And that’s how I feel when I’m playing in an orchestra I get to so what that means is, and this is the part that we really want you to hear. Gonna back up just a little bit so that you and everyone really understands what we’re talking about. Everyone who has ever joyfully played, the oboe is there with you when you play.

All those people who have been in all those orchestras, who loved it so much, that it was their life, they loved it so much. They’re playing with you. That’s why the same sensation of source energy interacting with you here is what you’re experiencing then if they so now describe to us why there’s anything other than that thought in your mind.

She remembered the day the many days that he dragged long hoses around to make the outline of the house that she is now sitting in and she remembered how many hours they spent standing there trying to even imagine what this swimming pool that the architect had designed was really going to look like because it’s a zero edge pool and it’s also has an infinity edge.

And there are all of these beautiful oak trees that this house was planned around. And so the house sort of is odd in the way that it’s shaped in order to allow these oak trees to stand where they’re standing. And so if you’re sitting there remembering all of those early stages, before there was any house, all there was was a hose, which sort of kind of pointed out where the house was going to be.

And there she is, she drew herself as a very happy girl standing right there. And then the megaphone is out there. And she draws all these things that are all pointing at her, all of the well being that is pointed at her. And we want you to feel not only all of the physical stuff that has led to this, we want you to in that same way understand all who have come before you who have loved the things that you are about, who are still alive within you, who are feeling the resonance of the music, that you blow through that horn, feeling it and you feeling them feeling it.

Here on the leading edge where all the juice is you see, oh, it’s nice to be non physical. We love being non physically focused. We love the wholeness that we are. But there’s nothing more satisfying than the focus the whole of that which we are and the interest that we feel, to focus them into the leading edge accomplishers like you, there’s nothing more satisfying than that continuation of beingness, you see, is not just ideas that we are transmitting to you his whole understanding his whole movements in music, it’s an opportunity for your body to be able to find air that you didn’t even know within it, your ability to hold some of those notes.

Some of that air is coming from some of us who have known how much you need in order to sustain those notes. You say, you are not in any of this alone, ever. And yet so many people walk around, needing to prove their worthiness to someone or something. And in that defiance of needing any help or getting any help. They just stand in this righteous indignation as they’re going to prove themselves worthy.

And in the whole time of doing that they’re pinching themselves off from the everlasting ever flowing love of non physical that is enjoying the CO creation in this moment in time. We don’t think it’s likely you’re going to find any resistance anytime soon. And when you do you will always remember that all resistance is is for a moment, feeling singular instead of plural. Enough.