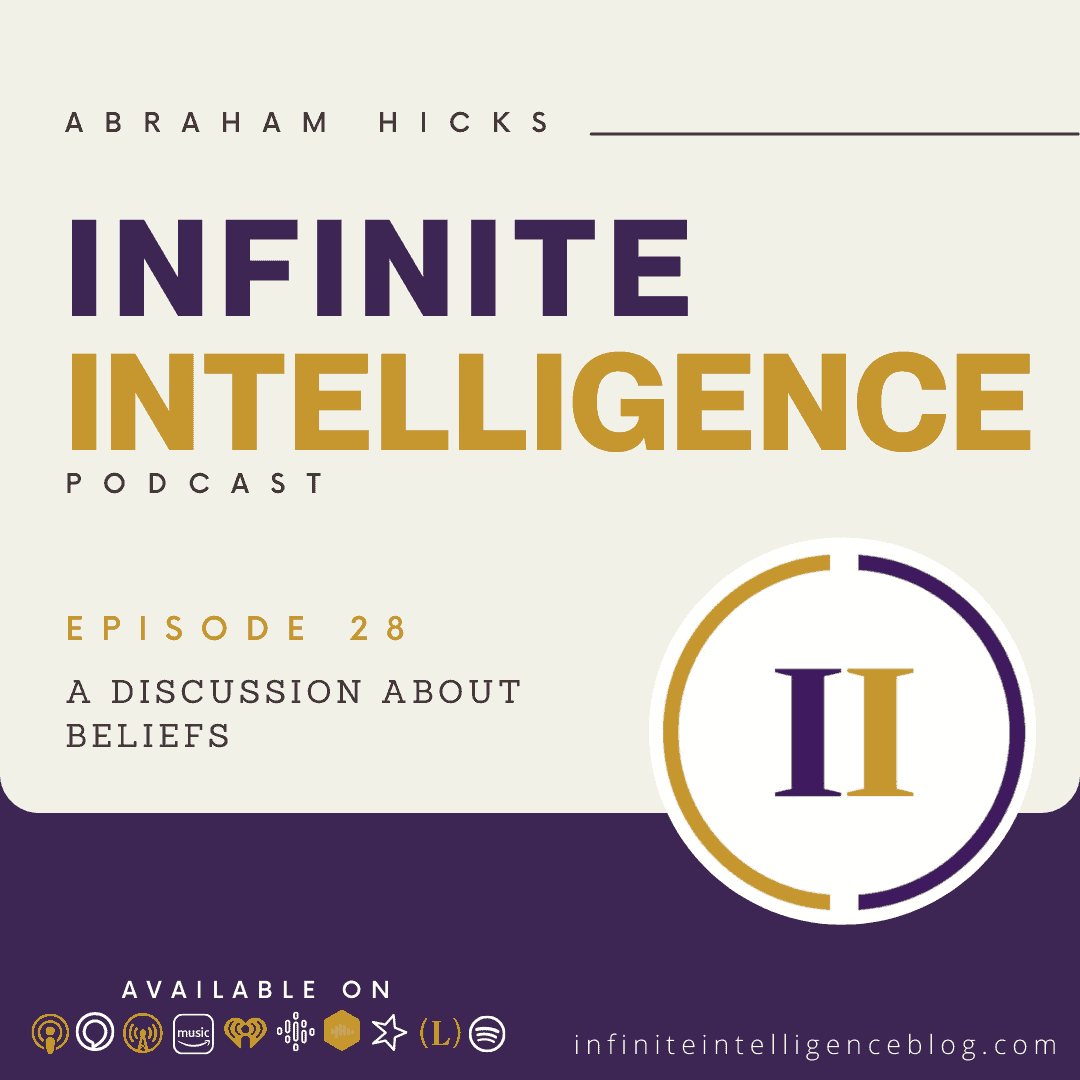 You’re, leaning back that where you want to stay yeah like doing to be relaxed, just wondering how comfortable it really is. Clinking when you were talking about beliefs in the beginning, I think about beliefs, a lot and I’ve enjoyed, maybe for twenty or thirty years, noticing that I have a belief that just a belief in that it isn’t a fact.

It’s just a practice thought with momentum, because it’s been practiced yeah, so it carries some weight. So the pleasure that I’ve had is when I’ve noticed something like you know, you me or humans thinking. You can’t do this or we don’t do that and you’ll even notice that you think that and then the pleasure has come from the actual realizing.

That’s why we say you never get it wrong and you can’t get it done. And so let’s say you hold a belief and it’s not a pleasing one, but it showing up in your experience, because it’s an active vibration with lots of momentum. The wonderful news is, you can alter that belief. You can adjust that vibration in order to accomplish something that you want is like groundhog day.

Did you see groundhog day yeah Jerry Nestor turned it on and didn’t know what they were watching and it was confusing because they got it in the middle of it and they couldn’t figure out what was happening, but once they caught on that this person was getting to relive that day over and over again and fix the things that weren’t working so well when he’d lived it before.

Also. The reason that I raise my hand is that I have enjoyed noticing beliefs and I’ve heard you make mention about beliefs are just thought you keep thinking in this current conversation about momentum and what I was just wondering is: are there I don’t mean to say beliefs that we should believe in, but are there beliefs? We should believe in, I mean. Is there well here’s the answer that you’re looking for.

So you accept the longevity of your beingness and you accept that you are an extension of source energy and you’re sifting through contrast- and you are from your personal experience asking for more and that your inner being is there in that vibrational reality , the becoming the more that you keep asking for and when you reemerge in a non physical you reemerge into all that you have become so.

Yes, there is a platform of belief if you want to call it that that your inner being knows that are proven through everything. Beliefs such as love is the only vibration that comes from source and everything that you live as you reemerge in a non fissile shores. Up that belief. So your inner being knows that there is only love and when you find hatred, you feel the discord.

And so you can find the belief that your inner being believe that source believe through learning. What you’re guidance system is telling you, by learning that when you’re having a really strong negative thought about someone and you’re pushing really hard you’re trying to dig up as much as you can to push against them, and it feels so awful to you while you’re doing it, you got to know your inner being just isn’t doing that now, your inner being may not be all sunshine and roses on the same topic.

In other words, your inner being isn’t trying to influence you to something different, but your inner being is not going where you’re going relative to that. Your inner intervene stepped back always into that more general place of love, so my inner being may not be having positive thought about that particular thing. My inner being is more backed out to where it doesn’t look so positive or negative. Esther said to us on many occasions, especially in the early days and yesterday, apparently, you need more information about this person.

How can you possibly stand in your joyful, loving place? Knowing what I know about this, so the answer is, we are not staying in our joyful loving place focused as she is focused we’re not focused. She. She focused when backed out it’s easier to love humanity, that it is that rascal

yeah. We have the ability to find things that we love about everyone and it’s not as challenging what your thoughts are. If that we always just stand in that place of giving everyone the benefit of the doubt, and when you do that, you’re in a much more aligned place, much more aligned, therefore powerful. Therefore, clarity, therefore strength. Therefore, therefore they are so what’s your intervene is actually saying is if that experience that we’ve been describing together, we’re verbalize.

If we were standing in your physical shoes, we would not see that as a big enough reason to pinch ourselves off from all of this okay, so you could just believe in the law of attraction believe in love, and you see that think about what we were just saying earlier to pay the very intensive price of happiness.

What, if you just always backed off from anything that didn’t feel good and tried to find a thought that did feel good so that you just stayed consistently in alignment with who you are think about what your point of attraction would then be and think about how the rascals would not be rendezvous with you.

We’ve been saying for a long time that one who’s connected to this stream is more powerful than millions who are not, but most people when faced with a situation, don’t get into alignment there. They join the lower vibration to see who can win under those conditions, and so they give up all their leverage in their clarity and their power. So we think this is a good time to talk about thoughts turn into things.

So, first, it’s a vibration, that’s what’s in your vortex and then law of attraction is responding to that vortex and these vibrations are becoming more and more and more and more until they actually become thoughts that you could receive. So all of a sudden, you get an idea, an idea of something you want. Do you recognize that statement and how it feels to you when that happens, that feeling of oh yeah?

That sounds like a good idea. I’d like to do that, doesn’t matter if it means take a walk or take a bath or go to the beach or write a letter or watch a television program. It doesn’t matter what the idea was it came, but when that idea come you have translated vibration into a thought. You were in the receptive mode when that thought came, the question that we want to put to you and it’s really what you’re talking about about belief.

What am I in the receptive mode of why our vibrations turn into thoughts, and why are those thoughts turn into things and every time it’s because of the consistency every time? It’s because of what you’re wanting to talk about? It’s the belief, because all the belief is is a thought that you keep thinking all a belief is is a belief that has enough momentum time to turn from a vibration to a thought, and it has enough momentum to turn from thought to a thing to an experience along the way.

So that’s why, over time we’ve been wanting to help you not try too hard to wrestle anything to the ground and kill it. We just want you to take a step back. Take a breath see if you can get more into the receptive mode of who you really are, because your inner bean is full of great ideas about how to get you from where you are to where your inner being really knows. You want to be so, let’s take it further, your inner being knows.

We’re just gonna pause for effect, because this is such an important realization for all of you. That’s one walloping belief of welby.

Know your potential for inspiration knows your potential. Is it and we’ll never agree with you when you’re focused in some way that you pinch yourself off from this formerly called vortex, currently called fantastically created belief system that has been carved out of everything that you lived before this moment, your inner beans, knowing of who you really are most important conversation to date, yeah, I believe I am done yet.