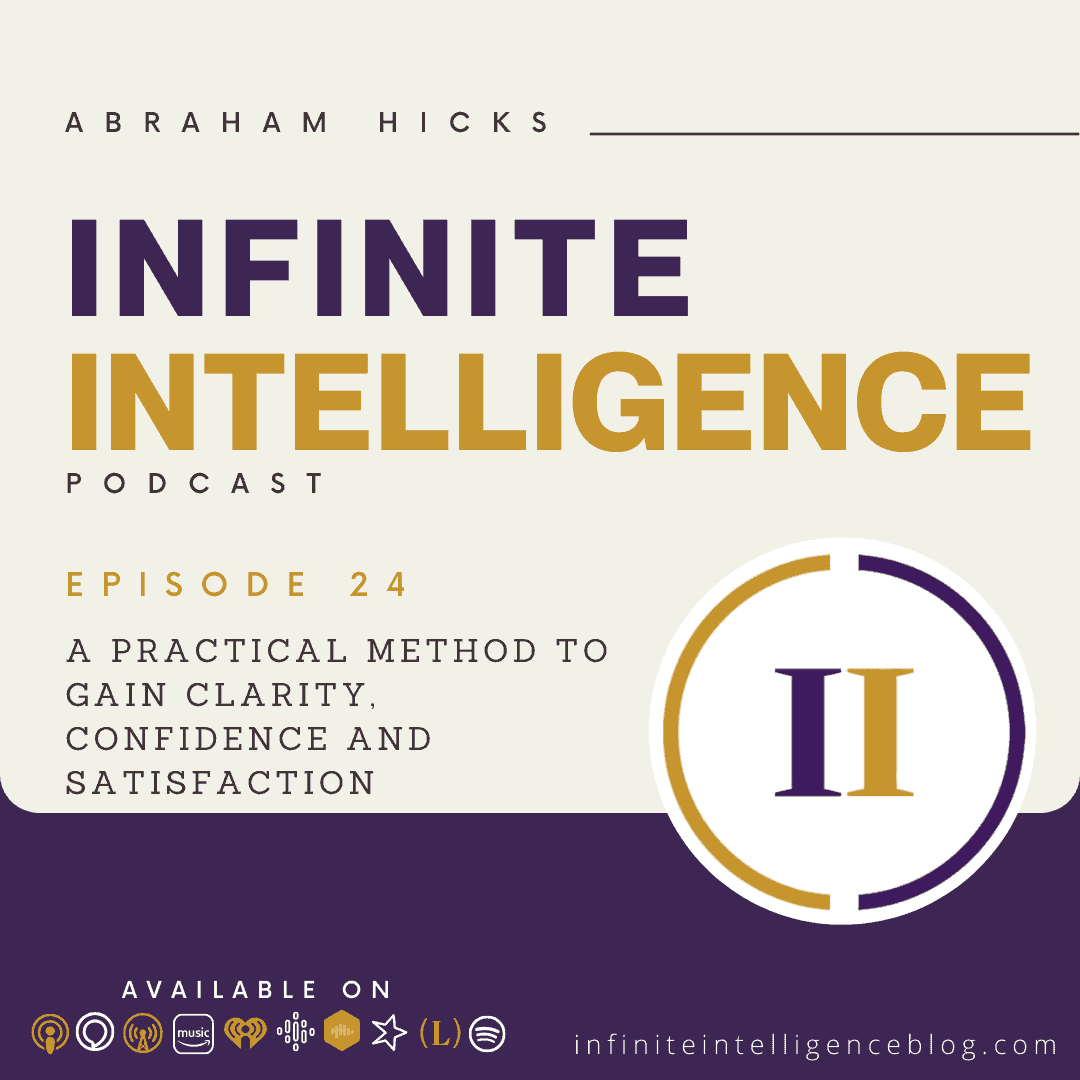 Hello, thank you, longtime listener first time attendee. So thank you, I’m very excited. What I would like to know about most, and here is some clarification on emotions and my personal relationship to them. I’m extremely adept at mental processing thoughts, it’s like when you use your hands in your body, you get more coordinated. And so you can manipulate objects or cards to tricks or you know, you can just use your hands for more specific and incredible things.

That is the piece that was missing from my own journey for a long time. And I’m so grateful that I have found it. What I desire greatly is those emotions. And many times it feels as if they’re a little distant, I can sense them. And if I pay attention and focus, I can feel them. Well, you know, this business of molding energy is subtle. And that’s why you’re calling that distant. Those subtle emotions don’t get louder, you just get better at discerning them.

Esther has a bowl of friend helped her find it. And when she hits it with the padded mallet, boom, it has the most delicious reverberation that laugh and laugh. And last, and last, and last. And sometimes even two or three minutes later, she can put her ear close to the bowl and still hear it. And we said to her, you know, every time you do that, that reverberation out to the universe never stops, your ability to hear it comes to an end.

But the vibration never stops. And so as you tune yourself to these frequencies, so that you get a handle on what your emotions are telling you, then your guidance is more effective. One of the things we want to say to you is that when you meditate, and you managed quiet your mind, and you do it consistently enough that you can easily get to that detach state that makes you more sensitive to all of these frequencies so that you can be more aware of negative emotion at early subtle stages.

And it’s such a good thing to be aware at early subtle stages, because we were teasing with all of you earlier and not so teasing when we were talking about once you get hold of a thought you can’t just stop it all at once. But if you’re really sensitive if you’re really tuned in, and you’re sensitive to what aligned thought feels like and what misaligned feels like, if satisfaction is meaningful to you, and you can tell when it starts to tip the other way, so that you’re able to catch it in the early subtle stages, then, in time, no negative momentum ever needs to get a foothold because you can just feel it soon enough and hit it off earlier.

Most don’t most don’t hit it off earlier and you need a good night’s sleep when you slumber Did you know that momentum subsides. And so when you wake up, you have a better option about which way you get it going. So what is it that you want to talk about? We answered it all there that drunk basis but is there something specific that you want to talk about relative to emotion, the encouraging because the momentum and that’s what it’s all about. I’ve gotten past the point where I’m, I’m needing the objects and the manifestations.

Because the path is the satisfaction good, but I want to feel that satisfaction stronger. I want to I want to have them slow down. Savor a little more. And this conversation that we’re having today with you will help because when satisfaction is the goal, not the manifestation. Now you’ve got it.

When the manifestation is the goal, and it hasn’t manifested, then there’s going to be automatic dissatisfaction which just slows the whole thing down or even stops it. But when the satisfaction is the goal and you are satisfied, now you’re queued up for something even more satisfying meditating into the day and I meditated for a lot a long time many years and only recently have I meditated with the specific intention of feeling good kind of with just a letting go.

I was always trying to achieve something. And so a couple days ago really for the first time when I had a word to put to it. I was meditating. And I think my timer got deactivated somehow and I was meditating longer than I anticipated. And all of a sudden, it just felt like I was the light bulb turning on and just filled with this glow, and presence. And then I got really excited and tried to focus on it, and it sort of laughed, and I pushed it away.

That’s all right. But that’s sort of getting ahead of it. But one of the things that we really want you to focus on, and you’ll recognize it, as we say it and next time you meditate, you’ll recognize it even more. And that is, when you’re feeling satisfied with where you are, and the vibration is received by you, that’s when the vibration turns to a thought.

So if a vibration is being sent, and like there’s two people in a room and the vibration hits them, they will translate the same vibration into two unique thoughts, each will receive them through their own lens. Yeah, but these thoughts that come from non physical, they are powerful, and clear. And oh, how much fun it is, if there are two of you in the receiving mode, receiving the same thought at the same time, that’s when there is a recognition of the clarity of the thought, for a little while, we’re talking about a week or two or three.

When you’re thinking in terms of emotions or feelings. Let the emotion that you’re reaching for the emotion to which you are looking and from which you want to receive satisfaction. Let it be the thought of clarity, clarity. I don’t want this empire that I’m building, I want clarity. Because clarity is something that you often achieve. That’s why you described yourself as you did when you were in that place of non resistance, and you’re focused upon something and you’re wide open. That’s why that mental feeling is so exhilarating.

There’s a subtle realization that you are in that feeling of detachment. So now you just relax into that feeling of attachment with an attitude of satisfaction because you’ve accomplished what you’re reaching for. you’re satisfied, because you are detached. And you’re still satisfied because you’re detached and you’re not trying to think of anything. And you’re not trying to get some big answer to some big question because that messes it up.

When you try to turn meditation into answers to questions, you don’t do the job of meditation, let the job of meditation, let it do its own job. And then you get into that quiet place where you can be the receiver. And when you receive a thought, then bask in that just for a moment, I’ve received this thought, let yourself feel the full satisfaction of that satisfaction is such a perfect word.

Your inner beam is transmitting a thought to you in your soft, easy pneus when you receive it, which means when you translate it into something meaningful. That feeling of satisfaction that you then receive is your own inner beans enthusiasm, message received, you see what we’re getting at. So now you’re not only receive the vibration, which you translated into a thought, you also receive the enthusiasm of all of us involved in the successful process that we just experienced together. You see what we’re getting at.

And once you get rolling like that, then that satisfaction just becomes more and more and more and you feel like a mental ninja. It’s like the thoughts just keep flowing. And the exhilaration is just stronger and stronger and stronger. But don’t let yourself be carried away with the thoughts stay on the feeling because that way it can really gain a lot of momentum before you receive the big thought. And once you get that big thought it’s an impulse almost not almost it makes you want to leap from your chair and move into action.

Otherwise you just can’t sit there with that quieted mind any longer. The momentum is such that now movement is required in response from you as required. in contact with others is required and so forth. Thank you.

The other day Esther was at the airport in San Diego, and she was flying out to San Antonio. So if she was there early, she likes to do that. And she was sitting at the gate at Southwest Airlines. So there were a lot of people in the area and lots of gates. So she sat over there, and just bask in the deliciousness of humanity, it was quite fun, lots of children.

And now she’s sat down. And just enjoying the moment, there’s a man sitting next to her, who she hadn’t even noticed when she sat down, and he had his phone up to his ear, listening to something with no earplugs. And she heard the word vibration. And then she listened to a little keener and she realized it was Abraham.

So she tapped him on the shoulder and said, and so he was very excited. He said, Oh, my daughter is not going to believe this. And as we said, then we really should take a picture. And so he took a picture. And then he said, I’ve got to call her. And he got her message. And so Esther said, Let’s call her back, and I’ll leave the message.