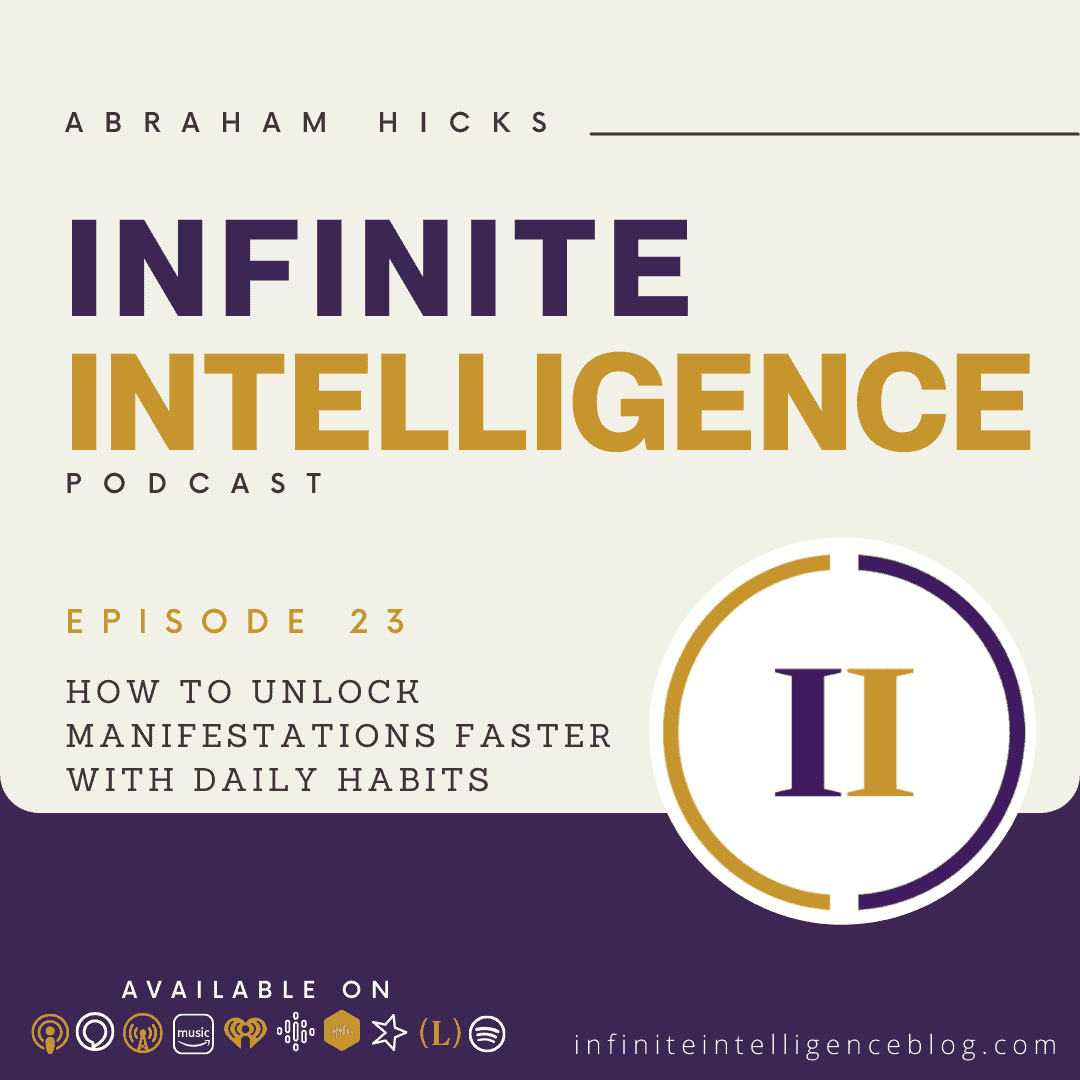 I had a life changing event where I was in the hospital, and I could have died. And while I was with nothing but a hospital gown and hospital socks, no material things whatsoever. And it was just me and my thoughts. And I say it, this can’t be it. If my life ended today, I just felt like you were still eager for more.

There has to be more. Well, even if that had been your croaking moment, there still would be more. But what you were acknowledging from that contrast and experience is, I want more of this, I’m not done with this. I want more sifting and sorting and deciding and vortex in and aligning and receiving and manifesting. In other words, I’ve come to do stuff.

So what you were in that sort of state of giving in or giving up, there was a releasing of resistance where you felt clarity from your inner being that there is more for you, you’re translating a little differently than your inner being was presenting it to you, which is easy to understand under the circumstances. But you’re not done with this.

So here lies the problem. I have a job that I’ve been on for 19 years. But it’s that feeling in my soul that I know that I’m supposed to be doing more. And I asked myself, why are you settling. But I don’t know what to do. And I don’t know if it’s fear here’s the thing that we want you to understand. And you’ll hear this easily, because you heard all of the other things that we’ve been talking about. So you’re ready to hear this.

So while you’ve been doing that, you haven’t been settling, you’ve been defining and clarifying and asking, and you filled your vortex full of improvements. The settling, the reason you’re using that word is because you’ve been thinking rather than receiving through all the contrast and all the step wanting that you’ve been living and all the good and the not so good with that job, you’ve put so much there, that’s all moving, it’s in motion, the cooperative components have been gathered. And you’re going to feel this in a strong way.

See, this is what happens with so many people who are beginning to get the idea of all of this and beginning to receive is that in the beginning, when you’re first right up against this receiving mode. And those first thoughts are coming. They are subtle. Esther says to Jerry all the time, because he made his transition. And now he’s talking to her from non physical, and it was sure a lot easier to hear him when he was in the room with her.

Because she could be in any mood she chose and she could still hear him. But now she’s got to be tuned in tapped in turned on because he’s on a different frequency. And as he speaks to her sometimes in the early phases of a conversation about some new subject, sometimes it’s so subtle, she has to really, really tune to it, you say and sometimes when you have to really turn to something, if you’re not really in the mood or if you’re not practiced at it, you don’t do it.

So settling is just trying to work it out the hard physical action word way. While what you’re really wanting to do is tune into your inner being who knows who will guide you, because you said, I don’t know what to do or where to go or what I should be doing, or how to make it work better of who I should be doing it with or where I should look. In other words, you’re full of all of those questions, but your vortex is full of all of those answers, where you can ask questions and receive answers at the same time.

So you got to stop asking the question you’ve asked good enough. And the answers are there. Now it’s time to just sort of chill out have a good time, don’t worry so much about what you’re doing or not doing. You’re not on the brink of croaking. That’s one of the things that you took away from that, that your inner being is not at all offering to you, it kind of gave you a feeling of his shortness of time, and there isn’t that or gave you a feeling that he ought to be doing something more important than there isn’t any of that it’s just your vortex is calling you.

You’re not settled, you’re unsettled. unsettled is a good thing, it means you’re still asking. So tune into that and watch what happened. We’ve been saying to audiences for a while since we’ve been emphasizing meditation, pleading with you really, really encouraging meditation and talking a lot about the receptive mode and getting ready to be ready to be ready. Ready.

Because that thought is not a very big thought. You can’t think about the bills you have to pay and listen to that at the same time. can’t think about anything you’re worried about at the same time focus on that. And it will take you to this place of quiet inactivity really. And for every minute that you spend in that deactivating those thoughts because you’re focused upon something else, your vibration will rise until even maybe on the first attempt, you’ll tune in to the vibration of your source.

Now when you do that, often what happens is, your inner being will offer some really soft intention to you, which may result in what feels to you like involuntary movement, you may find yourself just feeling like you want to sort of flow with it. It might be in your farm or your hands or your shoulder often. If you’re relaxed with your head, you’ll just feel yourself just sort of moving for no reason. And don’t think about it just enjoy the movement.

Esther felt like she was flying when she first experienced. And then when your timer goes off, set a timer for 20 minutes so that you don’t get carried away with this. But usually once you have connected in that way and it might take you a week to do it. 15 minutes a day, not a week of meditation 15 minutes a day for a week. It might take you a few days to do it, but a thought will occur to you and it will be a good feeling thought sometimes Esther will receive a thought like I think I’ll move some furniture around.

Then you’re off and running and then don’t try to think thoughts. Listen, get in the listening mode, but you’re not listening With your ears, your listening in the receptive mode, you’re listening for thoughts or impulses, that the more you do that what you’ll begin to notice is that you don’t need to be coming out of meditation to do that you’re doing it all the time anyway, when you change lanes in traffic, or when you get an impulse to stop and do something or impulse to call someone in other words, you’ve been in the receiving mode much more than you know, we’re just encouraging you to do it on purpose because when you do it on purpose, and then you make the correlation between your quieted mind and the receptive mode and the thoughts that are flowing, then you understand and then these things that you heard us say today will be meaningful to you so far they’re just words.

Of course, you’re still wanting more of that it takes a long time to be born again into a squatty little body with no balance and no teeth and no freedom. It’s much better to continue from where you are good. Thank you. Yeah