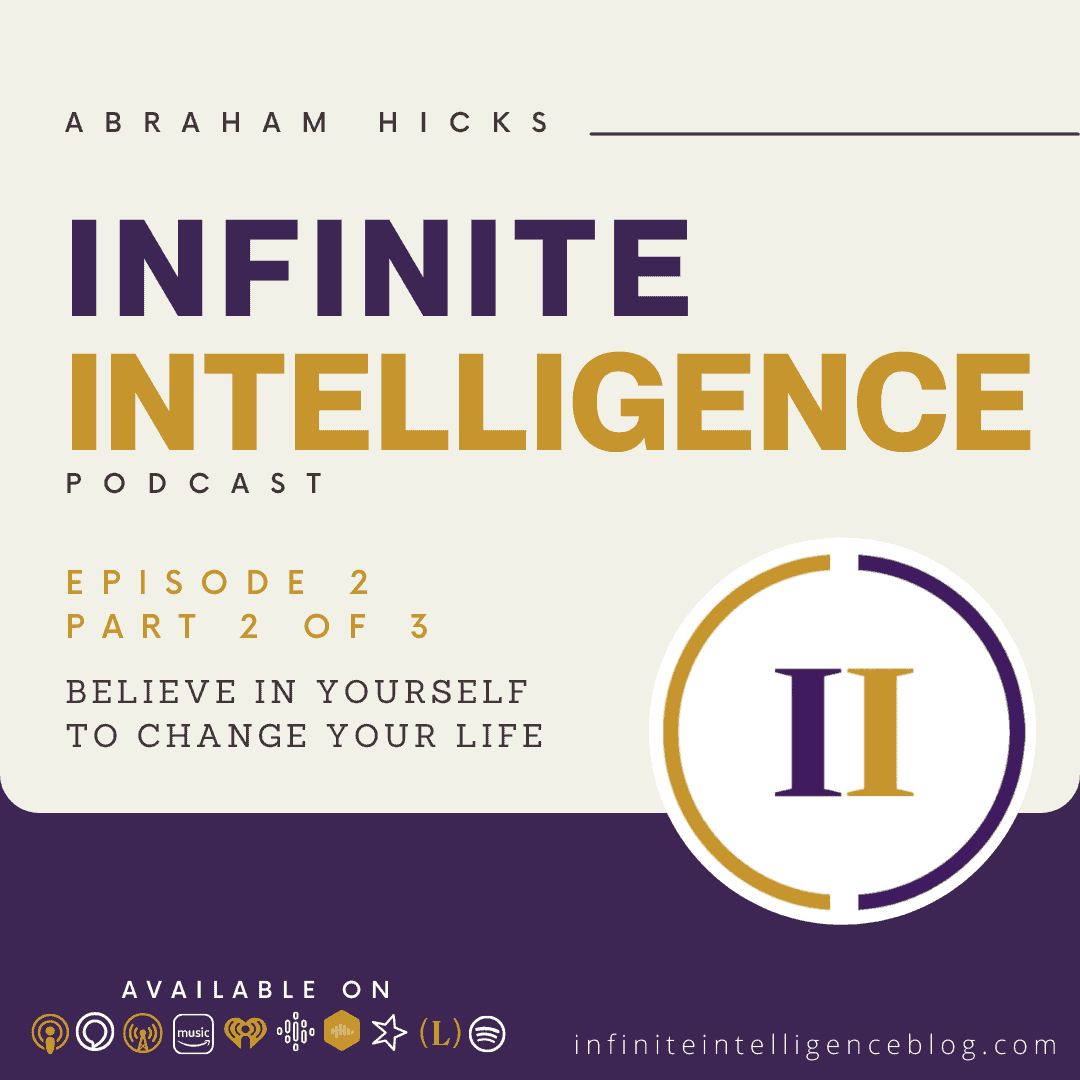 Start again what we want to say to you: we really want you to hear this. Is that sometimes the path of least resistance will give you an example. Let’s say that you want enough financial resources enough resources to do the things that you want to do so that all sounds really nice definite and then you think, but I don’t have the money to do everything I want to do so. You just threw some resistance on your trail.

Now you can argue with us yeah, because I faced reality, Abraham, I’m not I’m not like you. I can’t just pretend that it’s other than it is, and we say we’re not pretending we now we know there’s just no resistance on our trail like there sometimes is on yours. So you’ve got some resistance. You want money, but you believe that you’re gonna have to work for it. So there’s some resistance in that, and not only that.

You also believe that you have to do this job that you don’t want to do so now. Here’s just follow with it’s just a little bit, because once you get this as we give it to you in the beginning of this day, then everything else that we say will be easier for you to hear and you’re going to leave here with so much less resistance than you have ever experienced before things will begin flowing to you much more easily you’re going to like it. So you want money.

Maybe or they don’t understand you and as you focus upon it, you start activating resistance along your path. So now you’ve put yourself in a really hard place. You want to work, you don’t really, but you want to work because you want money, but you don’t want there to be a hard time. So now this seems like a hard choice. You want something that you believe that you can’t have.

What we want you to understand is you could smooth that path out? For yourself, more than you know, you could look for things at work that you do like and you could carve out a path of less resistance and the more you do that the more law of attraction will show you other things that you like. Also so your path gets easier and easier. Astor was watching a scenario in a family that she loves so much, and there were several members of the family and Esther was really contemplating this path of least resistance stuff that we keep talking about, and so Esther was watching.

Your feelings are: hurt their feelings, that’s something that you really want to think about. Isn’t it so, anyway, Esther did what she usually does. She chose to hurt her own feelings. It was. It really was easier under the circumstances. She chose the path of least resistance, and then she, then she smoothed out her path by thinking.

I’m going to observe this through different eyes, I’m going to observe this through the idea of path of least resistance, so she watch just this little boy, antagonizing his older sister, and she thought, if I were her, my path of least resistance would be to just go to my room, but she watched, and that was not the choice that was taken. Instead, the path of more resistance was taken to sort of volley back. So now it was game on more resistance, more words, more sort of poking, more seemingly deliberate antagonism, but now Esther is on her path of least resistance, because she’s found a way to be there and not be out of sorts, because now she’s, observing something she really wants to undress hen see how her path, smoothing out so now she’s watching the other path. So now the little girl is getting more and more frustrated.

Her volume is coming up, her resentment is getting more, and now she wants to involve her mother. Her mother just stepped onto the path of more resistance. Now it seems that mother is the one that should sort this out and estrus thinking. If I were mother I’d go to my room, I would not make their paths of least resistance mine. I would not try to sort out the impossible, because you can never get to the bottom of that.

Oh, this is really getting good start to understand this path of least resistance thing. Now what we want you to hear from this, and and so you’d like to hear happy ending. Well, no one died yet and- and of course it all blew over, but it was more unpleasant for everyone involved than it needed to be, because no one in the scenario is clear at understanding that it’s a good thing to pick, take the path of least resistance. Now here’s what we really want you to understand when you’re in the middle of action, when you’re, in the middle of conversations when you’re in the middle of events you’re already pretty far down the path.

This vibration, whatever it is that just got going on, is going to evolve, is going to escalate. It’s going to become more and the first thing that it becomes. That is something that you can recognize. We could call it the manifest day action. The first thing that you can recognize is a thought that occurs to you, because thoughts are manifestations, you’re, taking vibration and you are receiving these vibrations at an unconscious level and translating them into something that is meaningful to you.

That’s how vibrations turn to thoughts and that’s how thoughts turn to all thought. It’s what creation is about, and you are the creator who was molding. The clay with your focus, Esther and her friend, heard a mother the other day trying to get her kids organized to get on the airplane and she said to them now we’re going to get on hocus, pocus focus and that’s without I like that. I’m taken that with me focus focus focus because it does become magic when you focus their power and clarity in that.

So as this vibration, as your focus it apart, focused upon it more. This migration is going to become a thought and then a feeling that the thought and feeling so seemingly simultaneously that there you are having a thought that your feeling about- and that is momentum and then, as you ponder it more, it becomes words and then behavior and then so what happens to so many?

Is it you’re trying to sort out your path of least resistance over here once behavior is happening once manifestations are happening and it’s harder for you to really take the path of non resistance or the path of least resistance, because there’s so much momentum? That’s already got you all hooked in you see what we’re getting at. Someone asks. A question not long ago, best question that we were ever ask which allowed us to give the best answer.

We’ve ever given the most satisfying answer: forgiven Abraham. How do you get rid of doubt before it starts? No, don’t annoyingly now have you have you? Have you remove yourself from unpleasant situations before you get into them? How do you? How do you not end up at a job you don’t like before you get there? Well, we know that’s all well and good. If you just got here and you haven’t been you do if you’re already involved in all of these things that you’re observing that already have you hooked in to conditions that don’t feel good? All you gotta do is understand the process.

In other words, there’s this impasse possible thing you do when you’re trying to figure out what you should do based upon what others are doing and the reason that it doesn’t work is because we love you so much. It’s none of your business. What anybody else is doing, there’s no vibrational connection between what they’re doing and what you should do, because you have your own guidance system. You are source energy before you came in this physical body and a part of you was here in this physical body and that non physical part of you is here with you.

So when you sift through the details of life- and you know what you don’t want, which helps you to know what you do want, you launch a rocket. That is a path of no resistance, we’re not kidding rocket of what you do want, but you don’t know you’ve done it, because it’s a vibrational rocket. It’s early in this in the process. You can’t see it yet here it’s not smell it or taste it or touch it so, most times you don’t even recognize that you’ve launched it, but the source energy part of you wrote that rocket of no resist and stands in that vibrational place of whatever it is that you’re asking for whether it’s an empire, whether it’s a great idea, whether it’s a big pile of money, whether it’s living the life that you want to live a relationship ship a circumstance and it doesn’t matter what it is.

You’re launching those rockets you’re building this vibrational reality and eggs. It exists and you got to figure out. What’s your path of least resistance is to it and we’re here to tell you it’s a path that always feels better you haven’t been sensitive, you haven’t been censored and now you’re standing in the middle of a conversation, and it seems that anything you do doesn’t feel good.

You’ve waited too long, do doesn’t feel good and we say well, you could have cleaned it up sooner, but it doesn’t matter that you didn’t, because you still can’t clean it up. Just don’t try to do it right now, while it feels like you have no options. So what we’re saying to you is some things that may sound little contradictory to you.

They’re, not you do always have options, and you are at various times at vary in degrees of being sensitive enough to know what your options are, but if we can just get across to you in a way that you can really feel it and want to know it that there always is a better feeling choice every single time and that you will try a little bit to take that better feeling choice before you know it.