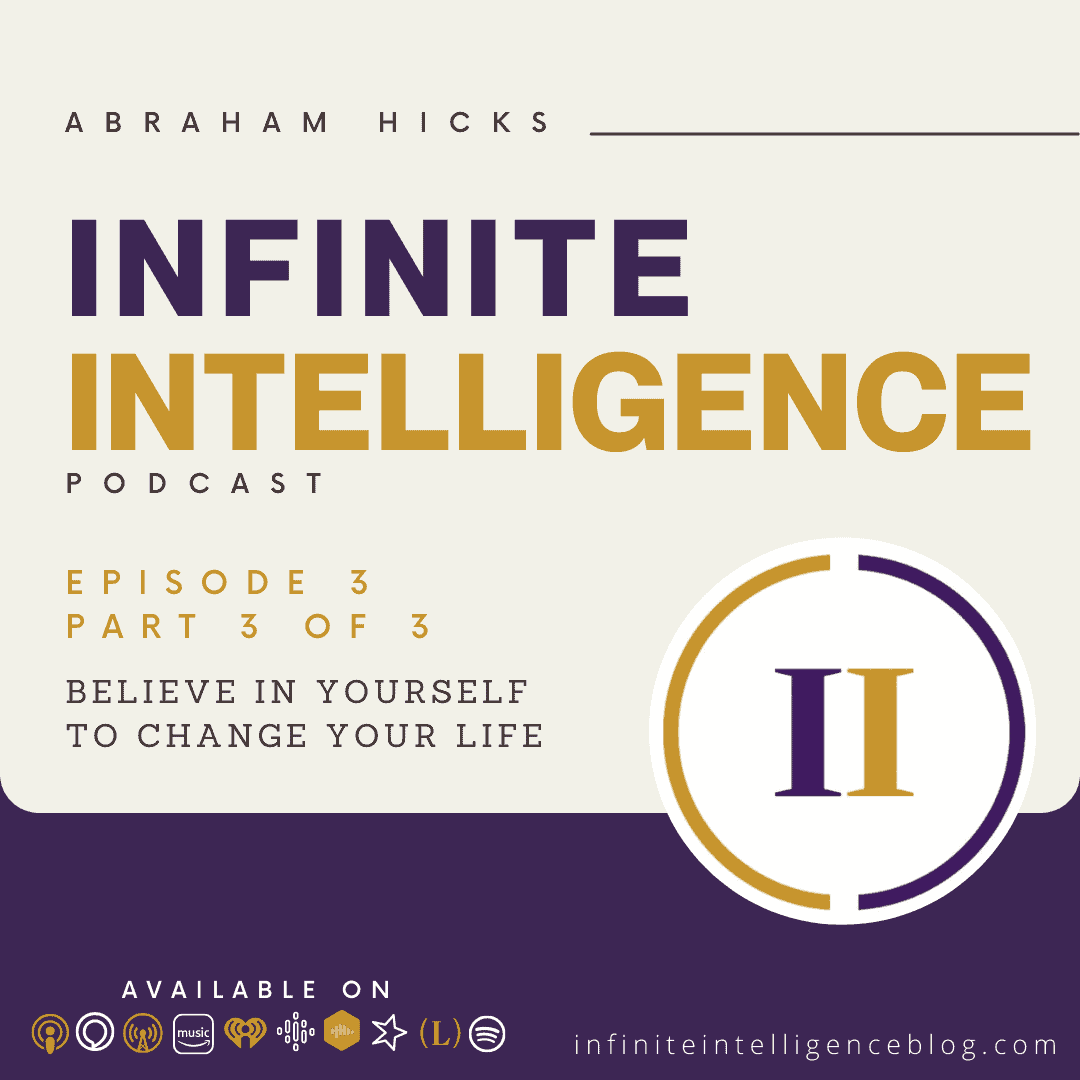 So let’s say you went to bed fell asleep, and in doing so you stopped all momentum when you sleep on momentum stops so you wake in the morning and right away. You have some choices. You can jump right into the day and a maybe squabbling household. You can jump right in the day into maybe worrisome, thoughts that you carried over from yesterday or you can consciously and deliberately take an easier path.

You might choose to live there and breathe a little while you might choose to get up and look out into the beautiful day. You might choose to look for something to appreciate. We just want you to make the correlation between how you feel emotionally and what the path of least resistance is. If someone picks a fight with you and you join in with it.

That might be the path of least resistance, because that’s just what you always do and you don’t have the reserves to do anything else and we’re not criticizing you ever about taking the path of least resistance. But when you’re in the middle of the argument- and you acknowledge- I don’t like this you’re launching rockets of desire that you want to get along better, not just with this person but with all persons, you’re launching some rockets and your past just got clear and tomorrow, when you wake up, you might have a better chance of going there than down that path and if you care about it in time, you’ll be at a place where someone we’d be picking a fight with you and you won’t feel any inclination to join in the fight, because you’ll be standing in place of such clarity.

Hey, This is not my path of least resistance, but until you’ve smoothed it out vibrational, you don’t have those options. That’s why, when people write books that tell you how to adjust your behavior, you want to kill them, because you cannot behave other than the momentum of your vibration. You see what we’re getting it. So we want you to move forward in your day and do whatever you feel like doing, because after all, that’s what law of attraction is calling to you. In other words, Esther said was on many occasions april him.

If you guys really wanted to make this fair, you would stop letting law of attraction cooperate with my bad attitude. You’d help me change the momentum. You put some really pleasant things in front of me so that I could observe that and change the momentum, and we say law of attraction is fair across the board, is reflecting back to you how you feel you just have to gradually decide. Have we convinced you about the passive list? Resistance?

That’s the most important thing. Do you accept that you are more than this body and that there’s a source energy part of you who is a strong vibrational momentum? Who is calling you people talk about this all the time I want to be on my path right after I got these this guy’s teeth out. I wanna be on my path. Right after I condemn the government or I fight again.

I fight with my sister I want to be I wanna, be I wanna be on my path that first I gotta take care of all this stuff. That isn’t the way it should be, and we say you just gotta decide that as early in the day as you can, you can find the vibrational frequency of ease the vibrational frequency of path of least resistance, and it is our promise to you that before you know it, you will have figured this out. Please understand we are not wanting to guide you to order or away from anything. We are not wanting you to ever feel that we think that you are on the wrong path, because you never are.

You don’t have to be bogged down with others, you say so you got that didn’t you. We are eager to talk with you about anything that matters to you. It is our expectation that today, together, we will find new things that have never been found before. It is also our expectation that, as we play with you about whatever it is that you’ve got going on that, we can help. You find a path of less resistance, a path of more allowance, a path of more alignment, a path of being more in the receptive mood, because the creative process is just three steps.

Whenever you take a journey Esther and her friend drove from san san Antonio to San Diego, did it in two days was so fun and the road didn’t just go. It went over here and over here and over here is just looking at the the compass on her car and they’re on I ten west they’re not going west throat didn’t go only west, it went it went every way but east one time a did, go a little east that so so there are lots of twists and turns because there is more than just that.

So you can taste this we’re going to go free. In other words, there are all kinds of things along this path. Besides just getting there and that’s what we want you to understand. Two. Yes, there’s plenty you want! You know you want it that everything that you want has the ability to be tied in together and the source within. You knows who you are now everything you want and is leading you moment by moment along the path of least resistance and when your armory, if you’re not in the receptive mode.

What do you want to talk about? It’s going to be a really good day there. So much trouble in this room whenever really good day start right here stand. If you think it’s you, wack wack, wack whack, everyone sit down with whacked. You are sad. If you think it’s you wack wack, everybody sit down. If you think we’re pointing out is really good. For you stand up really quick, not any of you, not any of you. Everybody sit down, not you either now it isn’t. It isn’t. Isn’t it interesting that we’re talking about the path of least resistance, the path of least resistance, yeah.