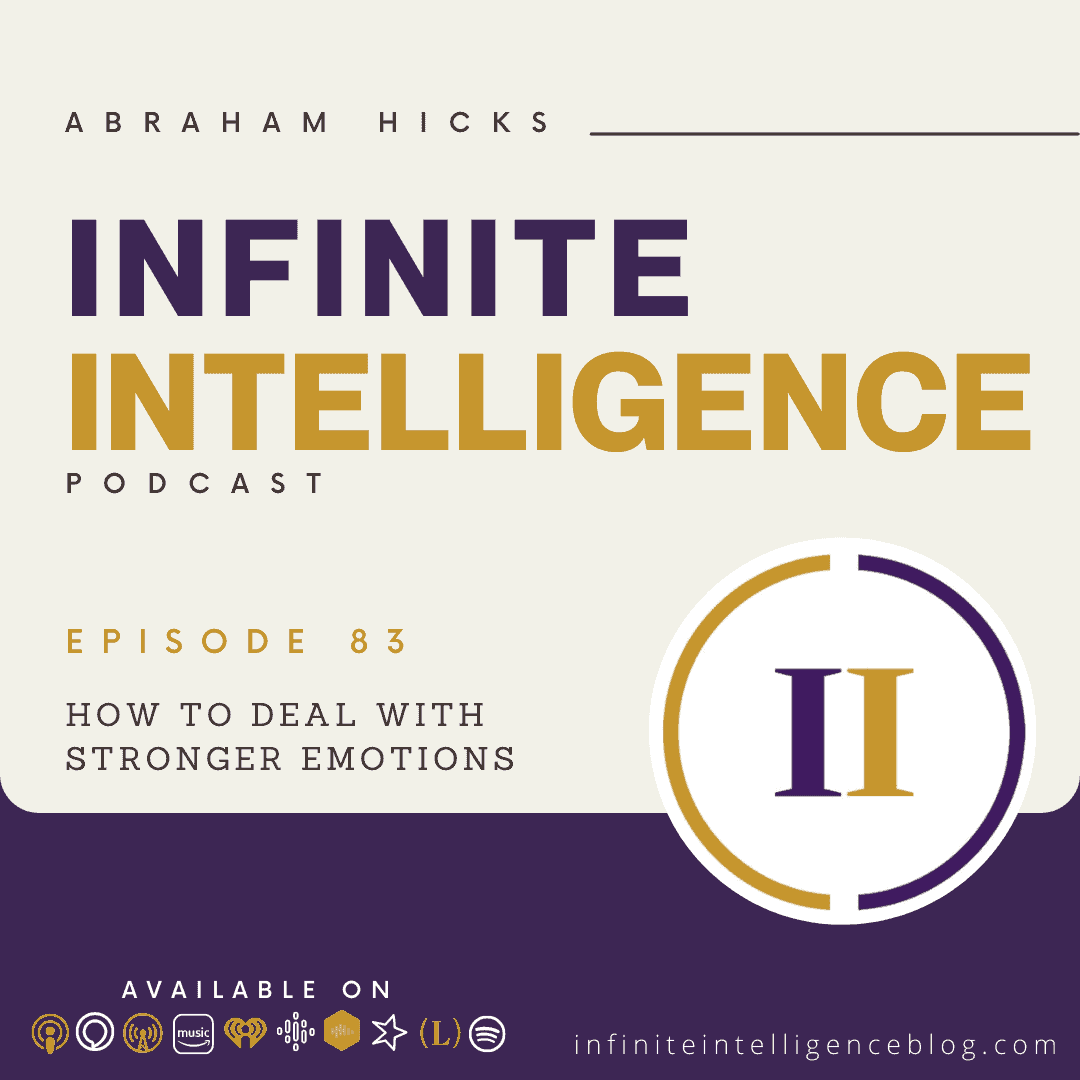 Infinite Intelligence Episode #83 – How to Deal with Stronger Emotions

Hi, Abraham, I have been struggling with really translating into what source energy is telling me through the emotional guidance system. Yes, like four months ago, why are you calling it a struggle?

Big because maybe somehow the intellectual system is conflicting with the emotional guidance system. That’s a common thing. But play it down. Don’t make a big thing about it. Don’t you think your emotions are more noticeable to you than they used to be?

They are heightened. We talk about it. In San Diego in an event, you put me on the chair. Yeah. And how that emotional guidance system like 10 years ago, tightening. Yeah. And it’s getting really stronger each day. But well, is that a good thing? Are you telling us that you have no control over your thoughts so that you’re having to endure a lot of negative emotion.

Maybe I too, attached to all the way of being instead of listening to the emotional guidance system and that it got heighten, it may take a while. In other words, we see all of you hold sort of stubbornly to some of your beliefs that don’t serve you. Beliefs about aging and beliefs about being inadequate and beliefs about unworthiness. But little by little, they begin to dissolve and lose their grip on you.

And something that is helpful, you wanted to do two things, help those dissolve a little the same time that you are spending more time talking about what you do want. But we think it is interesting, and you are like so many people, and we understand it in this setting or environment. The first thing that you said almost the first words out of your mouth, were struggle. Yeah, not desire.

And so it shows that you are oriented like so many of trying to fix a problem. In other words, if I can fix the problem, then the struggle will be over. But it’s attention to the problem that keeps the struggle going. So the struggle won’t stop until you just pretend like it doesn’t matter. Just do your best to ignore it. Take your attention from it.